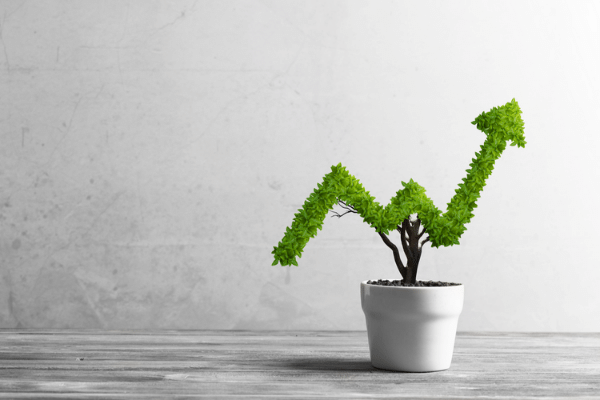 “We helped Summa Linguae finance the acquisition of two companies in North America — one in Canada, one in the US — which provide localization services, but also data collection services,” Piotr Misztal told the SlatorCon Remote 2020 audience by way of introduction.

Misztal is a Partner at Value4Capital (V4C), an independent private equity firm that invests in mid-market buy-out transactions. He also recalled his involvement in another deal at his previous firm, the Riverside Company, which acquired Welocalize in 2010 and exited by selling to NEP in 2015 (Slator Pro).

“That’s a quite interesting story from the private equity point of view. Riverside bought Welocalize from another private equity player, LLR. After five years holding, doing a couple of acquisitions, it sold to Norwest Equity Partners. NEP is still holding the business, but I assume, within the typical investment period, the company will be most likely up for sale soon,” Misztal said.

Over the rest of his 20-minute talk, Misztal discussed 10 reasons why the language industry is such a honeypot for private equity.

1. Growth
This is the underlying basis for focusing on the language industry — growth must be continuous and above GDP levels. It can be fueled by multiple factors, the predominant one being an explosion in the volume of content. Another, global trade; companies become international through e-commerce or globalization. On top of it all, there is technological innovation in the industry, which is changing it in some evolutionary or breakthrough-type way.

According to Misztal, “When you look at the largest players and their performance against the index, from the deepest point in the post-Covid market recession until today, you can see the S&P index performs very well — it was probably one of the highest growths for the last two decades. And localization companies have even outperformed the index in this period.”

2. Expansion opportunities
Misztal said, “When I first looked at the language market, I saw a huge ocean with hundreds of various-sized fish, which hunt for each other and live in their special areas — verticals.” In short, lots of potential for expansion into other verticals.

3. Fragmentation
“The top 200 companies are capturing only about 16% of the total market,” Misztal said, making the language market highly fragmented. He noted how this is very unusual compared to other industries where there is a much higher degree of consolidation.

4. Non-cyclicality
The revenues or work volumes of language service providers (LSPs) do not really follow economic cycles. “There are some verticals more prone to that but, in general, language services are a must-have despite economic conditions, whether the economy is growing or stagnant. This is important for us because it provides a safety net when investing.”

5. Technologically advanced, but not disruptive in the near-term.
“This is a little bit tricky,” Misztal said as technology can play a positive or negative role. “We are, in general, afraid of disruptive technologies. We tend to avoid the space where there are emerging, disruptive technologies because it may mean investing in a business that may end up becoming obsolete.”

Misztal said they have spent a lot of time on due diligence, trying to understand the tech trends in the language industry. Their conclusion: “Yes, there are a lot of technological changes — neural machine translation, AI, and many others. But it should not be disruptive for the core of the business. It should serve more as a tool rather than completely killing the business and have Google, Amazon, Microsoft take everything.”

However, tech plays a positive role as the companies with the most growth, Misztal pointed out, are those that have some technological component, which plays an increasingly important role.

6. Being smaller is not disadvantageous
An LSP can be a smaller player and still be successful and competitive with large service providers. “When you look at Summa Linguae, which is now probably around No. 50 in terms of scale by the revenues of the business, it can provide services to blue-chip, global companies.”

7. Barriers to entry
“If you want to start in this business today, I think it’s fairly difficult if not impossible given the fact that you need to have the infrastructure. You need to have global coverage or, at least, broader coverage. You need to have a reputation, you need experience, and so on. So it’s not really easy to enter this industry. These are, from our perspective, quite good barriers.”

8. Lots of M&A
“When we enter the room, we look immediately for the exit. In the case of the language industry, there are plenty of M&A transactions taking place. Large players are very acquisitive.”

Therefore, PEs like to acquire at those valuations a target company, “which is synergetic, accretive, and fills up the blank space in a platform company” (i.e., initial acquisition that is a starting point for future ones).

10. Higher valuations for big cap companies
Large cap companies in the language industry are generally more attractive than those outside the space: “I can assure you, multiples of EBITDA over 20x are attributable to the most attractive high-growth, Software as a Service (SaaS) or e-commerce companies. This is very rarely seen in other industries. Usually, valuations in the double digits or over 10x EV/EBITDA are considered attractive. In the localization space, valuations are much higher.”

Misztal cautioned, “There are also traps in this process. You can do a lot of acquisitions and not create value. Sometimes you can even destroy it.”

He concluded by saying that they focus on value-accretive acquisitions: “In this case, these would be companies adding geographical coverage or market share in the most attractive verticals such as life sciences, gaming or IT; or entering into a new space like data collection and processing.”