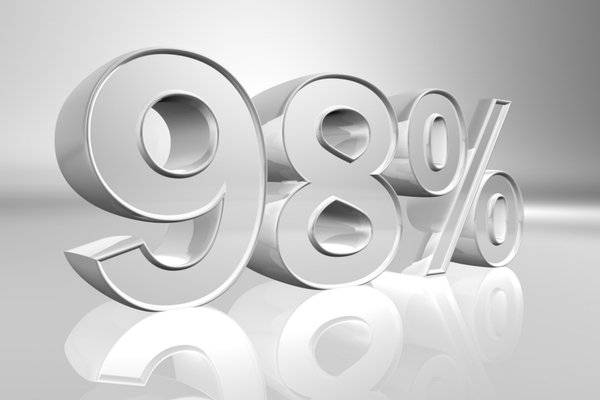 According to language services numbers reported in the England and Wales Criminal court statistics quarterly bulletin, the UK Ministry of Justice’s (MoJ) contract for translation and interpretation has reached 98% fulfillment rates for the first time since changing vendors. The bulletin was published on September 28, 2017.

The UK MoJ awards one of the world’s biggest language service contracts for translation and interpretation with the maximum four-year spend pegged at GBP 232.4m (USD 289m). According to the report, the total number of requests per quarter stands at around 36,000 to 40,000.

In the third quarter of 2016, the incumbent vendor Capita TI handed over most of the operations to the new lead vendor, thebigword. Capita TI had taken a lot of heat due to continuously failing to meet the UK MoJ’s standards and was not able to make the contract profitable.

A key metric required 98% fulfillment of contractual obligations, which Capita TI only managed to reach near the end of its contract in the fourth quarter of 2015. In its last two quarters (Q1 and Q2 2016), Capita TI managed to deliver 96% fulfillment.

As a direct result of failures in interpreting services, around 2,600 court cases were adjourned from 2011 to 2016. The move in 2012 to a single agency model already proved controversial, and as the vendor continuously failed to meet agreed fulfillment rates, the situation drew even more attention.

thebigword recently hit the agreed 98% fulfillment requirement in the second quarter of 2017, from April to June 2017, showing a slight 1% increase from the previous quarter’s 97%. Meanwhile, service requests for the quarter decreased by 5% from the first quarter of the same year.

From Acholi to Zulu

The contract’s scope is vast, with Commissioning Bodies ranging from all law enforcement agencies in England and Wales, to the Crown Prosecution services, to operators of private prisons. It covers 41 standard languages, 7 special services such as video remote interpreting, and 126 rare languages from Acholi to Zulu.

The contract is broken down into four lots: Face to face and telephone interpretation, Translation and Transcription, Non-spoken languages, and Independent Quality Assurance. thebigword won its bid for Lots 1 and 2 of the massive tender — accounting for the majority of the contract’s work effort. Clarion Uk Ltd and Language Shop won Lots 3 and 4, respectively.

In addition to hitting the government’s KPIs, thebigword will also have to demonstrate that they are able to make the giant contract profitable. In March 2017, Slator reported on the company’s financial results for the fiscal year ending May 31, 2016, in which EBITDA was essentially flat at GBP -0.02m. This leaves little room for an unprofitable government contract.

At the time, thebigword CEO Larry Gould told Slator the two contracts have been “an excellent boost and we will see the full year benefit over 2017 in terms of revenue and profitability.”