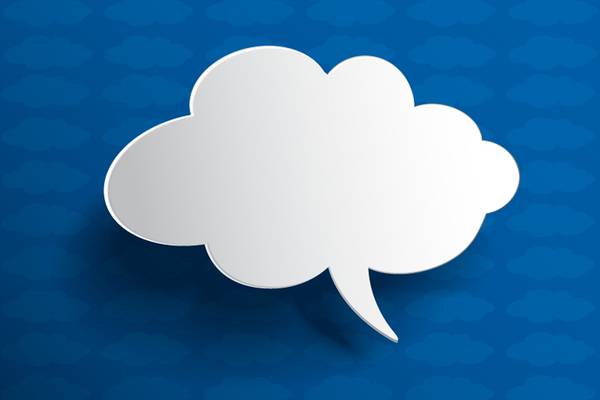 From technology, markets, and M&A to investment and the competitive landscape, the language industry leaders we interviewed in 2017 commented on a wide range of issues. Here is a summary of the most notable quotes of 2017, a year that saw major innovation and consolidation in the industry.

“The way that people have traditionally solved this problem is that they’ve hired translation agencies which are expensive and time-consuming. They only pick out their most important pieces to do and they leave all that value on the table” — Andy Jassy, CEO, Amazon Web Services

“When a new technology comes in, what everyone tries to do is use the new technology to mimic what you were able to do with the old technology” — Kyunghyun Cho, Assistant Professor, New York University

October 19, 2017: Why DeepL Got into Machine Translation and How It Plans to Make Money

“There will always be content that cannot be translated by machines and where human translators will be needed. And we will always need human linguists for things such as post-editing and quality-checking” — Jaroslaw Kutylowski, CTO, DeepL

“They do have a deep knowledge of the data, and Linguee is one of the best big data implementations of language data, so this will definitely be a challenge to other MT players in the market” — Kirti Vashee, independent technology consultant and publisher of eMpTy Pages

July 12, 2017: Is Augmented and Virtual Reality the Next Big Thing in Localization?

“I believe AR and VR are here to stay. These are fantastic new ways to experience gaming in a much more vivid and intimate way” — Damien Yoccoz, Founder, Level Up Translation

“I have no doubts that VR is more than just hype…But I think localization for the VR industry will follow the same path that it has gone through with other industries. It will slowly become more mature and organized, meaning that the end clients will realize the importance of localization and learn how to become an active and engaged party with a crucial role to play” — Jacob Stempniewicz, Vice President of Marketing, Andovar

November 27, 2017: Why the CEO of Argos Multilingual Dreams of a Merger

November 10, 2017: Frontenac’s Ron Kuehl on Why Private Equity is Investing in Language Services

“I am generally skeptical of acquisitions from a cultural perspective and a value perspective. Obviously, when we get to the stage where we double the revenue, that may change” — Christian Arno, Founder and CEO, Lingo24

November 2, 2017: Translation Ubiquity: Qordoba CEO May Habib on the Need to Compete in 40 Languages

“We’re seeing linguists to be folks that are more than just translators. Even though that’s a very important job in itself, companies are actually requiring a lot more” — May Habib, CEO, Qordoba

“My gut feeling is that Japanese-to-English game translation/localization has come out of a slump from a few years back. I do feel that the demand for quality is higher than it used to be” — Clyde Mandelin, Translator and Author

July 25, 2017: Majority of Marketers Unsatisfied with Localization But Fail to Prioritize It in Budget

“There is an expectation that customer experiences happen in total context to the consumer, yet localization is still a far-off goal for far too many organizations” — CMO Council

“Technology is one of those things where the difference between the best and the worst (talent) could be a thousand to one. If you get those people, find a way to manage them. They have big egos, tough to manage, but motivate them and keep your team. It is hugely important” — Phil Shawe, Co-CEO, TransPerfect

“The recent departures of these few technology employees represent a very positive, not negative, development at TransPerfect, as I have long regarded each of them as underperformers. We have a deep bench of extremely talented and dedicated employees in our technology department who are more than capable of continuing to build on our success” — Liz Elting, Co-CEO, TransPerfect

“We felt very strongly about the macro tailwinds driving the growth of the space” — Roland Lessard, co-CEO, Morningside Translations

“I think what Amazon is doing is no different from what Google has done with Google Translate and I believe Microsoft [has done with Microsoft Translator]. It’s a more generic off the cloud solution that would be valid for some businesses who don’t care too much about their data” — Adolfo Hernandez, CEO, SDL

“Our market is full at the moment and there is no way to grow, no way to become larger. The only way to grow, to become much bigger is to merge” — Aleksey Shesterikov, CEO, ABBYY LS/Traktat

“A Collaborative Resource Partnership (CRP) means if we’re looking to do things differently, globally, and we don’t have the capability today, how can you, on the other side of the desk, help us get there?” — Kevin Giblin, CPO, Dun & Bradstreet

“It is important that we elevate our role and contribution so we are viewed as strategic partners in global growth, as true revenue enablers—which we are—and not only as an executional or tactical function” — Sonia Oliveira, Senior Director of Globalization, GoPro

September 18, 2017: Expedia and the Art of Localizing 200 Million Words Per Year

“Authoring content in local language, instead of localizing directly from a source language, has increasingly allowed us to deliver more efficient content solutions for our partners and played an essential role in our overall content strategy” — Julio Neves, Senior Director of Localization and Content Solutions, Expedia, Inc.

September 1, 2017: Why This Indie Game Studio from China Localizes In-House

“While it’s easier to translate whatever you want in any native language, complementing it with local culture is extremely important for global success of the game” — Jason Yeung, CEO and Co-founder, Veewo Games

September 5, 2017: At Hubspot, Localization Generates Revenues—and They Measure It

“If ever I need to justify the cost of something, I can feel really confident to tell the higher ups when we localize blog posts into German, here’s exactly what it gives us and we can all agree that data is legitimate and we can speak around the right metrics. Tying your localization cost to actual real world business outcomes is a must” — Chris Englund, Localization Manager, HubSpot

February 10, 2017: Neural, of Course: Dell on the Future of Localization

“We would never be buyers of TransPerfect. We don’t have a high opinion of the quality of their work. We regard them as more of a sweatshop and a very sales-driven organization. We, of course, compete with them in some areas. They are big in life sciences. And we occasionally run into them offering ridiculous pricing in patent translation. So, we would not be buyers of the whole of TransPerfect by any stretch of the imagination” — Andrew Brode, Chairman, RWS

“These are the three companies which are able to do what we do […], which are truly global, and run at very large scale and in high quality. We believe that these four companies are competing mainly against each other: SDL, Welocalize, Moravia, and Lionbridge” — Tomas Kratochvil, CEO, Moravia

May 30, 2017: Lessons from Advertising: A Venture Capitalist’s View on the Language Industry

“Investment bankers love the language industry, but it’s only growing a bit and that’s not what VCs like to see” — Marcus Polke, Investment Director, Acton Capital Partners