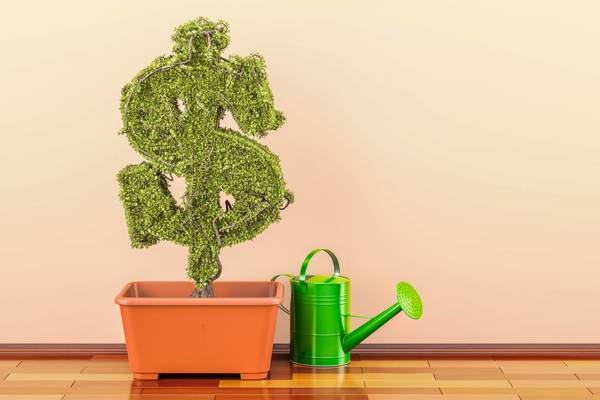 Venture Capital (VC) funds typically go after startups they can potentially scale up rapidly and make a big exit via a trade sale or Initial Public Offering (IPO). A 10-fold return is the usual minimal. Many these days are looking for ‘moonshot’ pitches, the startups that have the potential to make it to a billion dollar valuation (what they call in their world, a ‘unicorn’).

In that regards the traditional language services industry does not appear on their radar. However, if we consider the data science and AI companies who deal mainly with natural language processing and machine translation, then their pitch would certainly be one a number of VC’s would look at.

This is evidenced when we look at the top four startups funded in 2017. Three of them belong to this space. The remaining startups that were funded also had strong technology themes driving their business models, so clearly there is a trend here.

The most notable deal of the year was Qordoba, a SaaS platform for doing localization. Qordoba raised USD 5m in a series A round from venture capital firms Upfront Ventures and Rincon Venture Partners. The valuation wasn’t disclosed.

Qordoba was founded by May Habib, a Harvard Economics graduate and former Wall Street Analyst, in 2012. Habib spoke at SlatorCon New York and shared with participants her vision of all products and services becoming multi-lingual and localization being embedded as part of the product development workflow. The startup counts among its customers global brands like Sephora and Cartier.

Two other companies from China was bigger in in deal value than Qordoba, New Tranx and UTH International, and both are involved in using big data and AI to do machine translation and provide other language services and technology.

UTH International was founded in 2012 and its management team consists of former executives from big tech and LSP names, such as Huawei, Oracle, Microsoft, Lionbridge and SDL. It has developed multiple products and services inhouse building on its database of 8.7 billion translation memory segments in multiple languages and industry verticals,. UTH claims their database is the largest of its kind in the world.

The company was founded in 2011 by Parsa Ghaffari, who wanted to create a tool for text extraction and analysis using AI and Natural Language Processing as part of an accelerator program ran by SOSV in Shanghai. After almost three of development, Aylien finally launched its first product in February 2014.

The rest of the startup deals were all angel or seed investments of less than USD 1m. Three startups were in the remote interpretation business: SpeakUS from Russia, Cadence Translate from China and Interprefy from Switzerland.

One startup is making very bold claims about what it can achieve with its web-based translation services. Motaword calls itself ‘the world’s fastest business translation platform’. The company was started in 2013 by Evren Ay and is based in New York. Motaword’s website says it charges 14 US cents per word for any language and completes translations 20x faster than their closest competitor.

But the most interesting startup story of 2017 has to be Transfluent from Finland. We said at the start of this article that a pure play translation company is unlikely to attract VC money in this day and age. Well, Transfluent decided to skip VC’s all together. They raised EUR 0.69m (USD 0.82m) on Finnish crowdfunding site Invesdor.

Besides raising money, the crowdfunding campaign also generated local publicity for the company, including a TV interview of CEO Jani Penttinen. The amount raised exceeded their target by 15% and added about 200 new shareholders to the company.

Editor’s Note: After the crossover into 2018 Slator caught an exclusive that broke the dry spell for language industry startup fundings. Based on SEC filings, Unbabel from the US, an online translation service that combines machine translation with human post-editors raised USD 14.16 million in a Series B round.