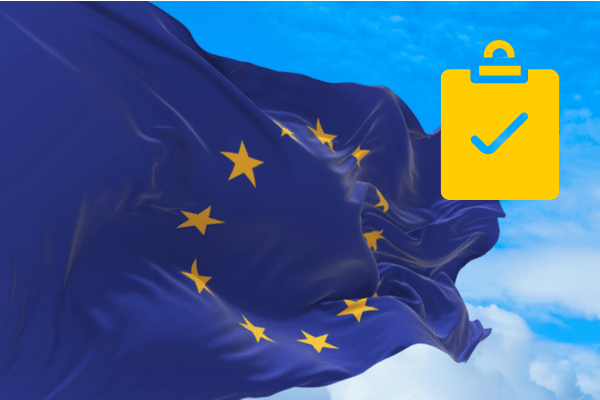 Launched in 2013 by the European Union of Associations of Translation Companies (EUATC), ELIS 2022 was also participated in by ELIA, FIT Europe, GALA, the EMT university network, the European Commission’s LIND group, and Women in Localization.

ELIS consists of a core survey answered by all respondents, who then responded to an additional set of questions tailored to their role in the industry.

The 2022 survey was conducted from January 7–31, 2022, and focused particularly on the language industry’s transition from “18 months of epidemic-related disruption to a new normal.”

He added that growth plans related to specific services or client domains “follow almost perfectly the current work distribution, [which means] people don’t feel the need to change, or are too busy delivering existing work.”

While Covid had an uneven impact on industry stakeholders depending on their domain or service, the survey showed that most respondents have benefited in some way from the 2021 rebound.

More than half the LSP respondents expected 2021 market growth to be in line with pre-Covid years, and 71% anticipated growth in their own performance. (The ELIS report pointed out that the most recent Slator Language Service Provider Index confirms the strong growth reported by the few Super Agencies that participated in the survey.)

The overall trends observed by ELIS show cautious changes in behavior “but no drastic moves that would not have happened without the Covid disruption. If anything, Covid has accelerated plans that were already in the making.”

Money Makes It Go ’Round

Despite the general optimism among the LSPs at the time of the survey (prior to February 24, 2022), finances remained a major concern for most respondents: 74% worry about price pressure and 55% cited sales as a challenge. Meanwhile, 77% of independent language professionals are similarly concerned about price pressure; 65% are “wary” of the economic climate.

Based on responses from buyers, represented in the survey by a relatively small group, end-clients’ outsourcing practices are unlikely to change anytime soon. “If anything, we see a small tendency to outsource more to freelance providers, but at the same time respondents also hint at an increase of consolidated outsourcing, which implies reducing the number of service providers,” the ELIS report said.

These findings seem to reflect the language industry landscape in general, which has seen mergers and acquisitions, large and small, over the past few years.

Independent language professionals report that about 45% of their work comes from direct clients — approximately the same percentage as found in 2021. Moreover, 26% of linguists expect this proportion to increase, while 9% anticipate a decrease.

ELIS recorded a significant drop in the volume of business originating from outside Europe: only 12% in 2022, compared to 30% in 2013 — a potentially worrisome statistic for small and medium LSPs.

After translation memory and terminology management, machine translation (MT) is the third most-used technology by independent linguists. Slightly more than 70% of translators reported using MT for their work, albeit half of them only on occasion.

Now, juxtapose the widespread use of MT with this interesting survey result: 35% of independent language professionals see improved MT quality as an opportunity, but 41% regard it as a threat.

As expected, LSPs were more likely to consider improved MT quality as an opportunity (65%) rather than a passing trend. Tirry pointed out that the availability of cloud-based SaaS solutions has leveled the playing field for smaller LSPs.

“The medium-sized and even tiny companies have caught up with the big ones in virtually all technology areas,” Tirry said. “Big companies have lost their technological advantage.”

Responses regarding remote simultaneous interpretation (RSI) suggest that deployment among LSPs may have reached market saturation. Only 15% of LSPs plan to incorporate RSI in their offerings in 2022 or later.

The report names automated language quality review as the technology with greatest growth potential among LSPs. Conversely, LSPs rated language data as a very low priority, now and in terms of future planning — another interesting datapoint in light of data-for-AI leader Appen’s disappointing FY 2021 (SlatorPro), explained in part by new competitors, including LSPs, moving into the field.

Beyond tech advances, LSPs have identified talent recruitment as a major challenge, and are reportedly stepping up efforts to recruit more, and better, resources (although the report stopped short of detailing those campaigns).

In the previous edition, ELIS 2021, LSPs said they were increasingly looking at existing training programs as pools for new talent. But according to the 2022 survey, 20% of respondents still do not offer any internships at all. Those LSPs may be missing out, as competitors offering internships regularly use them as recruiting tools.

Still, new grads can find it difficult to break into the field due to the gap between their skills and those needed for real-world work. Even if they do, their professional (and financial) future is hardly guaranteed, as many subtitlers might attest.

According to ELIS 2022, 32% of freelancers reported that they need to supplement their language work with another professional activity; this statistic varied depending on the respondent’s primary source of income.

The same survey also showed that 20% of interpreters supplement their earnings, compared to 31% of translators and 35% of linguists who translate and interpret.