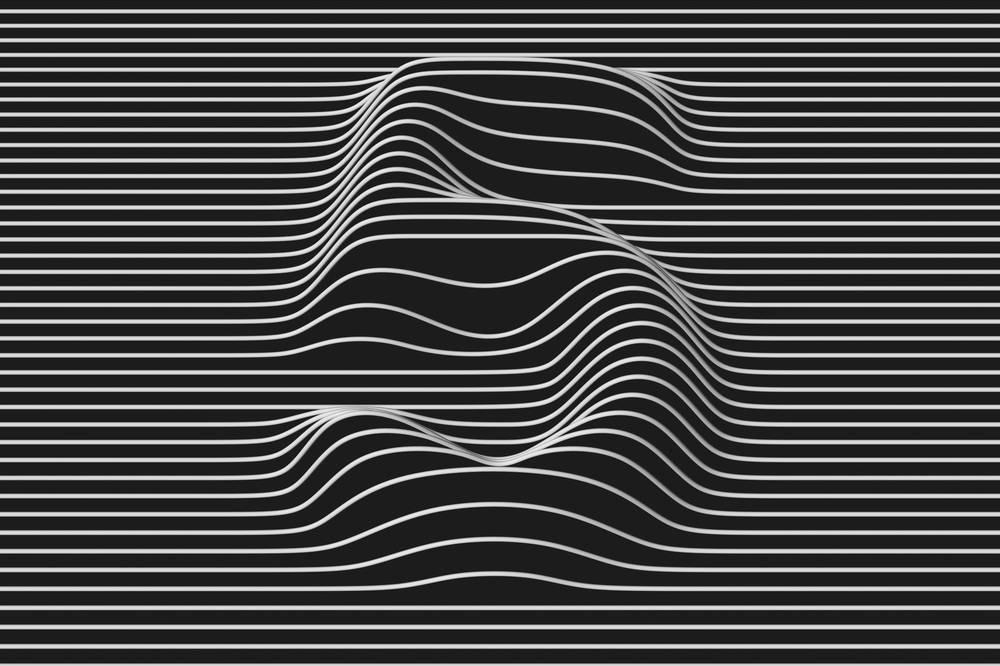 The language industry is booming. Established players have added hundreds of millions of dollars to their valuations on the stock market. Mergers and acquisitions are announced on a weekly basis. Progress in language technology is accelerating. This growing market attracts private equity and venture capital investors. And, crucially, it continues to attract entrepreneurs ready to seize on emerging opportunities.

More than a year has passed since our first edition of startups to watch. So it was time to check in again with language industry founders and see what new business models are emerging. The companies we cover in this edition have all been founded after 2013 and are starting to get traction.

The Pitch: Get rid of those clunky translation headsets and listen to a live interpreter at conferences using your smartphone, tablet or laptop. Variations in streaming speed and audio quality considered, it should be easy, more convenient, fast, via an app or a web browser.

Founded in 2014 in Zurich, Interprefy has seven employees, six active board members, and around 10 to 20 external developers. “We don’t replace interpreters,” Founder and CEO Kim Ludvigsen says. “Lower total costs will lead to more use of interpreting.”

Aiming the Ball: Ludvigsen told Slator in an email interview that demand is picking up, particularly in the US. The company has recurring revenues and repeat customers and there is still a large, yet unserved middle market, that Interprefy is tapping into.The company considers providers of existing, traditional technology (booths and radio transmitters, all on site), telephone interpreting (only dialogue and consecutive) as well some RSI platforms as competitors.

Funding Source: Interprefy closed a new funding round of CHF 0.85m (USD 0.875m) in May, the third since the company was set up. The two previous funding rounds were closed in January 2016 (CHF 0.4m) and in July 2016 (CHF 0.525m). All employees and board members are shareholders and the majority of the funding has been provided by six private investors, according to Ludvigsen.

Startup Wisdom: “Disruptive innovations are made by industry outsiders. “Interpreters will not be replaced by technology, but by interpreters using technology,” Ludvigsen says, quoting Brian Woods, a pioneer in the remote simultaneous interpreting community.

Industry Outlook: Interprefy is optimistic that more and more interpreting will be done with RSI, and not from booths. “Interpreter consoles will gradually be replaced by laptops and tablets. The general use of interpreting will increase due to lower overall costs,” Ludvigsen shares.

The Pitch: Hire an interpreter from anywhere in the world for your business meetings, conference calls, and livestreams. As you talk, remote interpreters are translating your message on the fly in another language or multiple languages. A proprietary matchmaking platform called “SmartMatch” can connect buyers with the right interpreter.

The company behind this service is US-based Cadence Translate, which was founded only in 2014, and now has nine full-time employees in three continents and recently opened an office in New York.

Aiming the Ball: Co-founder Jonathan Rechtman says: “Business is booming, demand growth is double-digit month-on-month.” As the company sees it, trillions of dollars of global trade and investment value are lost, delayed, or destroyed by the lack of scalable, high-def language solutions. “We think we’ve found some interesting ways of breaking those barriers,” he adds.

Startup Wisdom: “High-risk, high-reward. Startup life can be a grind, but it’s the little triumphs that make it all worthwhile,” he said, adding that the company’s biggest milestone and rite of passage so far was livestreaming Silicon Valley’s “Demo Day” into English, Mandarin, Spanish, and Japanese via parallel webcasts on YouTube Live.

“Startup life can be a grind, but it’s the little triumphs that make it all worthwhile”— Cadence, Co-founder Jonathan Rechtman

Industry Outlook: “It has always been highly fragmented and often lags other sectors in technological innovation and brand leadership,” Rechtman says. “We expect a wave of consolidation, integration, and innovation to radically transform the industry.”

The Pitch: Live voice interpretation for international webinars, virtual meetings, and web presentations is made easy with VoiceBoxer’s multilingual web presentation and communication platform. Established in 2013, the startup is run by a team of five in its headquarters in Copenhagen.

Aiming for the Ball: Co-founder and CEO Sergio Llorian told Slator that the demand is growing steadily as prospective customer organizations learn about technologies and what can be done to facilitate international collaborations and multilingual communications.

VoiceBoxer’s client list include UN-affiliated organizations and NGOs doing work on humanitarian aid, education, and healthcare. Llorian says it is a very interesting segment because they have the most acute need for language services for international collaborations and cooperation, but at the same time, they have the biggest budget constraints.

“The challenge for us is to find solutions that work for them that are really mindful of their budget constraints, but also serve their needs,” he says.

Funding Source: The startup has raised under USD 0.50m from financial investors.

Startup Wisdom: “We started with multilingual webinars, but our technology has since been used in other scenarios such as remote video interpretation and on site events. So, the addressable market is still expanding. It is now at the intersection of remote virtual communications and language services,” Llorian shares.

The Pitch: If you still use spreadsheets and post-its to track your translation business projects, then you’re living in the wrong century, says MiniTPMS Founder and CEO Nenad Andricsek. These tools may get a job or two done, but in terms of technology, it’s prehistoric, he continues. Andricsek’s startup offers a tool which helps organize the business of very small, boutique LSPs.

Set up only in September 2016, Budapest-based MiniTPMS is run just by Andricsek, who has a 20-year experience running a translation agency, and a development partner company team.

Aiming for the Ball: With more advanced, sophisticated technology, the MiniTPMS CEO believes that processes will eliminate clumsiness even for the smallest of companies.

“Automation will save us more time. Data analytics and – let’s use a fancy word here – Artificial Intelligence or AI will create less work for business owners, and give them more time to do what they need to do,” he says. “Because of this, I see growth in demand for management solutions like minitpms.com.”

He considers existing solutions in the market such as XTRF and Plunet as competitors, but he also sees that they are actually aimed at a different segment of the industry.

Funding Source: MiniTPMS is a private company, run on a shoestring budget, according to Andricsek. “It’s scary when you play with your own money, but that makes you want to succeed more,” he says.

Startup Wisdom: “What I did with MiniTPMS is probably nothing new in the startup world, but what might not be so common in the world of translation and localization: I started selling it before we even wrote one line of code because I figured that if people will understand the power of the message, and the different approach to translation projects, and if they will really need it, we can pull this off,” he says.

“It’s scary when you play with your own money, but that makes you want to succeed more” — MiniTPMS, Founder and CEO, Nenad Andricsek

Industry Outlook: “People buy from people, and are served by people. The technology is there to help speed up things, make our lives easier. But if you don’t have that first part sorted out, no technology in the world will save you. This is why we focus on creating something useful for small companies, their owners, and colleagues,” he explains.

The Pitch: More and more companies are discovering the value of localization, but the traditional process of localizing websites and mobile apps is outdated, cumbersome, and error- prone.

Founded in 2014, the US-based startup is now run by a team of 10. Its headquarters are in San Francisco and has another office in Los Angeles.

Aiming for the Ball: Berkovich told Slator that after a website or app is localized, it’s time begin to localize the marketing efforts as well. The next step is to move on to localizing things like customer support and helpdesks. This is the natural evolution of localization.

“The addressable market that we are operating in is massive,” he says. “Take WordPress, for instance. It powers 27% of the internet. That’s a lot of websites that need to be translated. Our partners, like WPML and Polylang, for example, both have an install base of hundreds of thousands of customers that we can plug into to help extend their localization efforts,” he explains. “Major competitors would probably include companies like Smartling, Localize JS.”

“The addressable market that we are operating in is massive” — Translation Exchange, Co-founder and CEO, Michael Berkovich

Funding Source: Berkovich says Translation Exchange is venture-funded by Hillsven, Canyon Creek Capital and Amplify. He did not disclose the amount.

Startup Wisdom: “I think as the CEO, one of the balancing acts that you have to do is simultaneous lead the charge – be the positive opportunistic voice at all times – but also foster an environment where employees feel comfortable challenging existing notions of how things ought to be done and the general direction of the company,” Berkovich shares.

Industry Outlook: Berkovich believes this is a great time to be a startup, especially in the translation and localization space. “People realize the value that localization brings to their organization and we’re helping to deliver that value,” he says. “I see strong growth and opportunities ahead, both for Translation Exchange and for the localization/translation industry as a whole.”