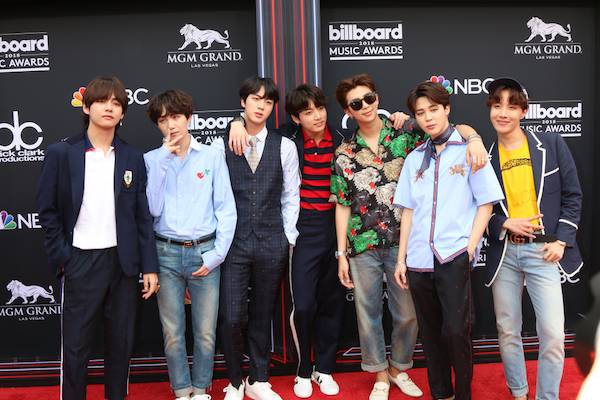 Ask any of the 89 million non-Korean K-pop fans how they translate their favorite songs and, chances are, most will point you to a Twitter account or fansite.

They will also tell you that songs are only a portion of what gets translated there. Fans regularly access translations of K-pop news, Korean netizen comments (called “Knetz”), and tidbits out of their favorite K-dramas, as well. Throw in other parts of the culture phenom dubbed the Korean Wave (e.g., K-beauty, K-food, etc.) and the volumes can be truly staggering.

The Korea Foundation, which is affiliated with the Korean Foreign Ministry, defines Hallyu fans as those registered at any of the 1,843 Hallyu fan clubs in 113 countries, exclusive of South Korea. In short, hardcore. As for casual fans, one Quora post estimated them to number north of 100 million worldwide as of 2017.

Back in 2017, a Billboard article stated, “fans across the world have made it their mission to make even the smallest news about their favorite idols immediately accessible to fans who don’t speak Korean.”

In the article entitled “Meet the BTS Fan Translators (Partially!) Responsible for the Globalization of K-pop,” Caitlin Kelley writes, “the unpredictable nature of a group’s content output can leave fans dedicating anywhere between a few minutes to 10 hours translating on a given day.”

BTS is the boyband the Korean Foundation chiefly credits for the Hallyu surge. When news hit that BTS was speaking at the UN in September 2018, their fans (called the BTS ARMY) immediately blew up the Internet; especially since the speech by the group’s leader was delivered in English, no translation needed.

English is not the only language the Hallyu seek out. There are also fan translations in everything from Bulgarian to Spanish to Finnish — and translations get pushed out in a flash after the original release in Korean. Some Twitter fan translation accounts for BTS (and there are hordes of them!) have followings of over a million. At least one competitor to BTS has upped the ante and simply started singing in Spanish.

So how do these Hallyu sites (some posting 3–6 articles daily) translate content? A number do it manually, being native Korean speakers who are learning or have learned English. Others rely on the ubiquitous Google Translate. Still others will install browser plug-ins to get the job done.

Although never as popular as simply following a Hallyu translator on Twitter (which could very well be the top English K-pop hub), or visiting a video-sharing platform with fans that translate content into 58 different languages, there have been Hallyu phone apps, such as Pop!gasa, K Star Tweet, and K-pop Lyrics Plus. But searching for any of them today in the App Store or Google Play will be futile. Maybe because simply clicking follow on Twitter is easier. And faster.

When K Star Tweet tried to monetize translations back in 2013 — USD 0.99 for 28 days, USD 11.99 for one year — it did not take, as evidenced by its tiny Twitter following and dormant page. Even the most covered app upon its release, Pop!gasa, is now simply a fansite, albeit a regularly updated one. The “best” translation apps will probably still be those created for, say, Korean-English translations, not necessarily Hallyu content.

While the demand is undoubtedly there, with an army (pun intended) of ardent fans burning the midnight oil to be the first to produce translations, an app developer will need to come up with some added value to motivate a K-pop fan, whose only investment right now is to hit “Follow.”