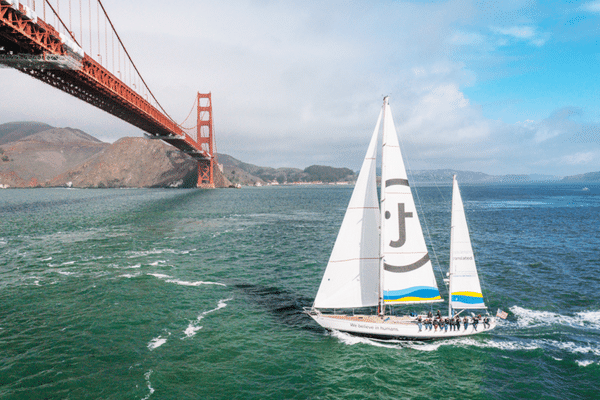 “There is nothing more simple for humans, nothing more complex for a machine to learn,” Marco Trombetti told the SlatorCon Remote audience. The Translated CEO delivered the keynote address at the latest leg of the online conference that gathered some 300 delegates, split almost evenly between buyers and language service providers (LSPs).

Trombetti tackled why solving the language problem — compressing a life experience into language and using it to make oneself understood — will always matter. It is this enduring relevance that explains the unusual resilience of the global language market.

Case in point is the company Trombetti leads. Translated grew through the global lockdowns, posting 45% growth as at 2021 to USD 51m. The Rome-based tech-enabled LSP continues to serve more than 150,000 customers, including the likes of Google, Airbnb, and Uber.

Translation, per se, continues to be in high demand in the face of a shrinking market for English. In a moving time graph, Trombetti illustrated the contracting English share of market from 2009: plummeting to –26% growth today vis-à-vis rocketing demand for Chinese (+360%), Swahili (+1,239%), Amharic (+2,485%), an so on.

“Apologies to Elon Musk, but going to Mars is less relevant than being understood,” Trombetti told the online audience. “So is solving climate change. Not because those things are unimportant. But because, if we don’t solve language first, we will not be able to cooperate on a global level to attack these problems that no single country can solve on its own. Language is the tool to solve all the other problems.”

Trombetti described the path to being understood as a journey to singularity, achieved by either using a single language or via translation. Given today’s translation volumes and increasing demand for low-resource languages, it is clear which path humans have chosen. Hence, the massive investments in such fields as natural language processing and machine translation.

The language problem remains unsolved because, the Translated CEO pointed out, “We’re basically training today’s AI models for language translation using the computational capacity of the brain of a mouse!”

He explained, “For data, we use a billion words. Some languages have tens of billions of words — but that is still a thousand times smaller than the estimated trillion words humans learn through all the senses. Because we don’t learn language just by reading; we use all the senses.”

Humans will thus continue to be part of the solution. Trombetti said, “Even the state-of-the-art adaptive transformer we use today learns 10 times less from data than humans do. So it’s a long path. The technology may improve every single day, but we are still very far from the solution.”

Technology, of course, has enabled translators to work at faster speeds than ever before: approaching zero in the time it takes for a translator to process machine translation (MT) output and get it to a quality that is usable.

Using another animated graph, Trombetti showed the audience the results of seven years’ worth of data, where post-editing MT (PEMT, MTPE) went down from 3.5 seconds per word to two seconds to an almost linear trend.

Trombetti said, “What is most interesting for me is the time it takes for humans to edit MT; it does not need to get to zero to reach language singularity. Actually, one second per word is the time our translators take to validate a perfect translation — this is the goal.”

On top of increasing efficiency, the Translated CEO said that deploying MT has allowed the LSP to share the savings with translators and customers. “We also need to share wealth,” Trombetti encouraged the audience.

“If a translator becomes 50% faster in delivering work, we don’t pay them 50% less. We actually pay them 25% more per hour. This is about sharing,” he said.