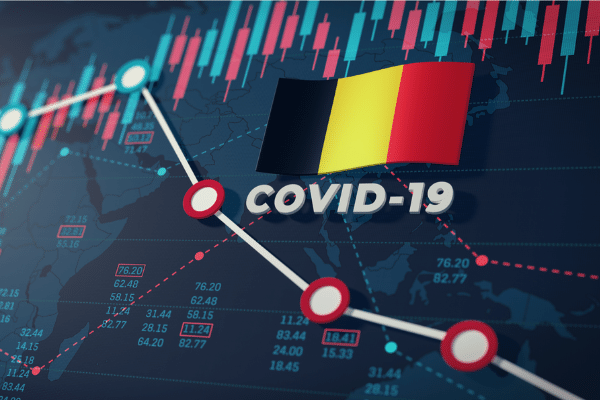 The twin blows of Covid and the seasonality of work to begin with have severely affected the livelihood of conference interpreters, according to the latest annual report released by the Belgian Chamber of Translators and Interpreters (CBTI-BKVT).

Published on March 17, 2021 in French and Dutch, the report highlighted the results of a survey that showed conference interpreters seeing their income decline by about 50% in the months following the pandemic. Translators, although not as badly hit, still saw their income shrink by 15% over the same period.

The results, released in December 2020, were from a survey conducted the month prior, which drew over 250 respondents, most of whom belonged to participating translators / interpreters associations.

The study cited conference interpreter, Max De Brouwer, who described the situation as “catastrophic” made even worse by the seasonality of assignments. De Brouwer pointed out that an interpreter does not work 12 equal months; so when work from the strongest months (i.e., October and November) is cut in half, interpreters will be sorely lacking funds by the time January and February roll around.

The situation in Belgium mirrors that of the rest of Europe. As Slator reported back in June, a number of interpreters from the more than 3,200 contracted by EU institutions (some 40% of whom have regular contracts), said they were “puzzled” and “hurt” by government measures undertaken to alleviate their situation.

Affiliated groups of FIT Europe, which conducted its own Covid impact survey, have lobbied government authorities for financial support — as has the CBTI-BKVT.

Sébastien Devogele, Chairman of the CBTI-BKVT, told Slator, “The Covid crisis really demonstrated the importance of associations like ours, which defend the interests of our profession.”

Devogele said they created two sector committees to lobby the government on behalf of their members. “Basically, we lobbied in two areas: on a general level, mainly for conference interpreters, and on a more specific level, for sworn translators and interpreters.”

The first committee is lobbying for interpreters to obtain droit passerelle (gateway right) from government, which includes financial aid. According to Devogele, the committee met with authorities just a couple of weeks ago.

The second committee, meanwhile, has been lobbying the Belgian Justice Department for better working conditions for sworn translators and interpreters.

The CBTI-BKVT also works in synergy with other groups, such as the Federation of Liberal Professions in Flanders (FVB), which successfully fought for the inclusion of conference interpreters in the Flemish relief grant or hinderpremie.