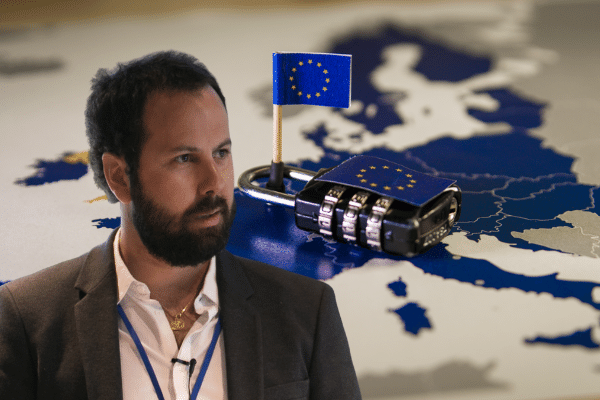 Paris-based language service provider Acolad Group is set to acquire Luxembourg-based rival AMPLEXOR International in a transaction will close in the fourth quarter of 2020. The transaction will be financed through equity and debt.

Acolad will not acquire all of AMPLEXOR, however. The deal excludes some business segments of AMPLEXOR that generated EUR 35m in revenues in 2019 and are “not in line with Acolad’s activity”, a company spokesperson told Slator. Acolad will own 100% of the remaining, language services-focused AMPLEXOR business. Terms of the deal, such as price, etc., were not disclosed.

In a press release, Acolad Group President Benjamin du Fraysseix, said that “AMPLEXOR is a major player on the market. When we started learning more about the group, we identified so many complementarities that this deal quickly became a no-brainer for us.” AMPLEXOR’s current CEO Mark Evenepoel called the deal an “important and exciting milestone” and said the new group would expand its “position as a major force in the content and language services industry worldwide.”

Selling AMPLEXOR is German newspaper Saarbrücker Zeitung, which, in turn, is majority owned by German media conglomerate Rheinische Post Mediengruppe. After buying out private equity fund Naxicap in September 2019, du Fraysseix and his family now own 65% of Acolad, with the remaining stake held by private equity backers Qualium and UI Gestion.

As previously reported, Acolad was founded as Technicis in 1995 and rebranded to Acolad in early 2019. (AMPLEXOR rebranded from Euroscript in 2015). After taking the reins in 2012, Acolad President du Fraysseix set out for an aggressive buy-and-build M&A strategy acquiring a series of European LSPs, hitting EUR 150m in pro-forma 2019 revenues after buying Dutch-based Livewords in mid 2019.

Buying AMPLEXOR marks a step change in terms of deal size for du Fraysseix. The company generated revenues of EUR 120m in 2019 (excluding the aforementioned excluded segments), which is three times larger than Acolad’s Livewords deal.

Pro-forma, the combined group therefore generated EUR 270m (USD 320m) in 2019, which moves it past Welocalize into seventh position among the world’s largest language service providers and into Super Agency category.

In an interview with Slator, du Fraysseix declined to provide guidance for estimated 2020 revenues of the combined organization. The new group will employ over 2,000 full-time staff.

The combined company’s size is also the reason why the deal has not technically closed, as it still needs the greenlight from antitrust authorities. But given the language industry’s continued fragmentation despite years of M&A, antitrust clearance should be a formality.

A combination of Acolad and AMPLEXOR does create Continental Europe’s largest language service provider with deep roots and client relationships across France, Luxembourg, the Netherlands, Germany, Italy, and Switzerland. Adding to that is AMPLEXOR’s sizable presence in the US (which it acquired in the 2017 Sajan deal) and China.

In terms of sectors, the combined company has a strong presence in life sciences and manufacturing (techdoc) as well as the public sector (AMPLEXOR remains a major vendor to EU institutions). But beyond that, too, the new Acolad is competing in dozens of markets and verticals and has a very diversified client base.

The Acolad-AMPLEXOR deal follows only weeks after RWS announced it was going to acquire SDL in a billion-dollar deal. Asked about his thoughts on RWS-SDL, du Fraysseix said, “It makes sense, for the same reasons — we feel our deal is quite similar to this deal, even though smaller in size.”

What’s clear is that the two transactions mark a major consolidation of Europe’s language industry. While there are still hundreds of LSPs competing in the UK and the EU, none match the two new groups in size and offering on the continent.

Asked about the strategic rationale behind the deal, du Fraysseix explained that the transaction will give the combined company the critical size to compete globally, the two companies complement each other well in terms of geography, sectors, and technology, and that he sees a “great common digital DNA in both organizations.” Despite competing in similar markets, Acolad and AMPLEXOR have minimal client overlap, according to du Fraysseix.

Du Fraysseix told Slator he has no intention to combine the two companies under a unified brand, for now, “since AMPLEXOR is a strong and well-established brand.” In terms of leadership, he said the setting up of a global HR organization is in the works and executives of both Acolad and AMPLEXOR will occupy positions on the new Executive Team.

One of the more important challenges of growing via acquisition in the language industry is that each acquired LSP brings their own set of proprietary and third-party translation productivity (CAT) and management (TMS) technologies.

As the most acquisitive LSP of the past half-decade, this challenge should be particularly pronounced for Acolad. Du Fraysseix said that they are “currently in the process of streamlining the global integrated approach to ERP / Tools / Portals / process for our first nine acquisitions. We will take the best-of-breed approach in terms of tech from both Acolad and AMPLEXOR.”

“[The AMPLEXOR sales process] was initiated before Covid and we decided to convert this into an exclusivity exchange post Covid,” du Fraysseix said when asked about how long the deal took to close. The pandemic had no impact on the transaction’s progress, du Fraysseix added.

Covid did take a toll on Acolad’s business, according to du Fraysseix, as their “European footprint and several specific sectors made us suffer a bit during lockdown.” But the business has recovered well since, he continued. “AMPLEXOR has resisted very well throughout the whole crisis, thanks to life science, public sector, and US focus,” du Fraysseix said.

On Acolad’s side, key parties to the deal were Group President Benjamin du Fraysseix and Acolad CEO Olivier Marcheteau. Legal Counsel was Mayer Brown. Financial, legal, tax, and social due diligence were carried out by KPMG. Technology due diligence was run by Intuitus; commercial due diligence, by Eleven Strategy.

On AMPLEXOR’s side, legal as well as financial and tax advisory was provided by Deloitte. US investment bank William Blair (adviser on the Lionbridge-CLS transaction in 2015 and speaker at SlatorCon London) was AMPLEXOR’s M&A adviser.

Asked if Acolad currently has additional acquisitions in the pipeline, du Fraysseix replied, “No,  AMPLEXOR was very intense.” As for an eventual exit, du Fraysseix said his focus remains on buy and build. Going public in an IPO was not part of the planning, the Acolad owner emphasized.