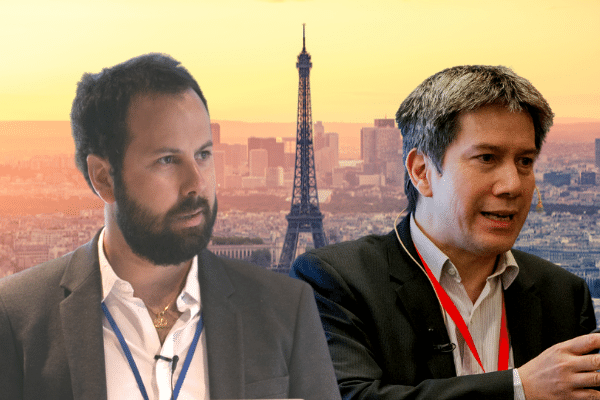 Two major French rivals have joined forces. Language service provider (LSP) Acolad announced it had bought Ubiqus on March 22, 2022, the company’s tenth acquisition to date. The terms of the deal, which closed on March 17, 2022, were undisclosed.

Acolad’s decade-long history of dealmaking began in earnest when its founder and current board member, Benjamin du Fraysseix, took the reins as CEO in 2012. He launched into an aggressive buy-and-build M&A strategy, which saw Acolad (f.k.a. Technicis until 2019) acquire increasingly large and complex LSPs.

Ownership of Acolad has also shifted in recent years. The du Fraysseix family bought out private equity fund Naxicap in September 2019 and now owns 65% of Acolad. The remaining stake is held by private-equity backers Qualium and UI Gestion.

Acolad’s most recent acquisitions were Dutch LSP Livewords in 2019 and Luxembourg-based Amplexor in 2020. The company had a brief hiatus from dealmaking in 2021, presumably to focus on the integration and rebranding of Amplexor, which remains Acolad’s largest acquisition to date.

The latest addition to the Acolad fold, Ubiqus, was owned by a combination of private equity and company management. Significant shareholders in the LSP were PE funds ENZ Partners (lead) and Indigo Capital, as well as the Ubiqus management, including its President, Vincent Nguyen.

Ubiqus’ geographic footprint spans seven countries outside of France. The LSP has around 550 employees, including more than 120 in-house professional writers. A scaled-up Acolad now operates 24/7 from 25 countries globally with more than 2,500 employees.

The acquisition will see Nguyen depart from the company, while Ubiqus’ former Group CFO, Guillaume Dumortier, will step in as interim CEO of Ubiqus. Acolad CEO, Olivier Marcheteau, told Slator that the Ubiqus brand will be retained in the near future while the company works “to define the best long-term evolution.”

As a brand, Ubiqus has been a stalwart of both the French and global language industry for the past three decades, providing translation and interpreting in addition to audio-visual transcription services.

Marcheteau said that translation, interpreting, and transcription will contribute around 75% to the combined organization’s top line post-acquisition, while Acolad’s other segments include content and information management. Ubiqus’ transcription business “has a lot of potential for growth and offers cross-selling opportunities for our other segments,” he said.

Ubiqus has also been among the most active LSPs in the area of machine translation (MT), having partnered with Harvard NLP and Systran on the OpenNMT project, which launched an open source neural MT engine in 2017. Ubiqus also developed its own automatic speech recognition (ASR) technology.

According to Marcheteau, the addition of Ubiqus’ solutions and expertise is a “significant step” in Acolad’s goal of becoming “a full-service multilingual content partner,” and MT will play a key role in its portfolio of technology solutions moving forward. The CEO said competing technologically is “paramount” in today’s competitive landscape, particularly as the market is “now quite demanding in terms of connectivity and efficiency.”

Marcheteau declined to provide a forecast for 2022, noting that Acolad does not comment on current trends being privately-owned and PE-funded. Moving forward, he said the LSP will continue to invest in digital solutions, content integration, consulting services, and information management solutions for life sciences, in addition to its core services.

Acolad is wasting no time getting started on integrating Ubiqus. Marcheteau said the teams are already actively partnering and, although Ubiqus is the current focus, Acolad “will still, of course, be looking at new and complementary ways to grow.”