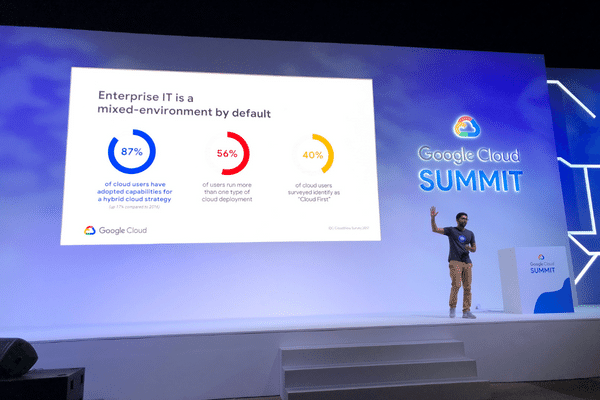 Ai-Media announced (download) on August 18, 2022 that it had signed a three-year agreement with Google. The Australia-based captioning, transcription, and translation provider will provide all Google employees with live multilingual captioning and translation services during internal meetings and events.

Although the deal announcement included a disclaimer as to no guarantees of the contract reaching its full AUD 5m (USD 3.5m) value, it adds to already solid year-on-year growth for Ai-Media.

In the same announcement, co-founder and CEO, Tony Abrahams, said that Ai-Media’s new deal with Google “demonstrates our product suite and technology is leading edge, and is expanding into more environments as video becomes a core communications tool for business.” Ai-Media live captions are already used by technology companies, Zoom and Microsoft, for online meetings.

The win also shows that even the world’s most sophisticated tech companies, which work on the bleeding edge of AI and language technology, still prefer to rely on professional language service providers for high stakes meetings and events.

Founded in 2003, Ai-Media has traded on the Australian Securities Exchange (ASX: AIM) since September 15, 2020. Since then, its stock has lost over two thirds of its value — so the Google deal win will be welcome news to shareholders. On the day the deal was announced, shares popped by 12%; but, as of press time on August 24, have since given back most of the gains.

Ai-Media will join Google at this year's International Broadcasting Convention in Amsterdam from September 9–12. The company will be an exhibitor and is expected to introduce its multilingual captioning services as an all-in-one product to a larger cohort of technology and broadcasting companies.

Monitor the market performance of Ai-Media and other listed language and tech providers via Slator’s Real-Time Ticker of Listed LSPs, exclusively available to Growth subscribers on up.