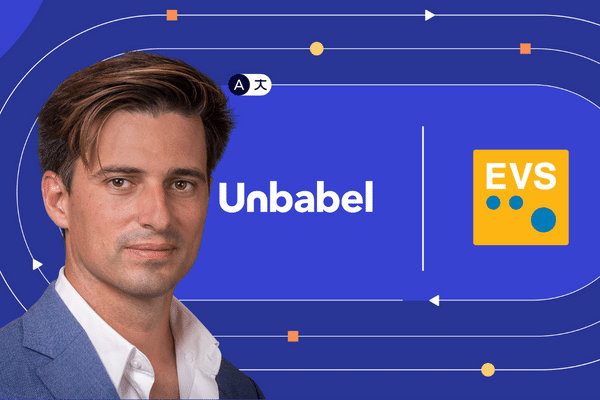 EVS Translations was founded in 1991 by its current CEO, Edward Vick. The LSP employs nearly 150 people, including a significant number of in-house linguists, and specializes in legal and financial translation, among other verticals.

The news comes a little over a year after Unbabel bought UK-based LSP Lingo24 in its first-ever acquisition. With both Lingo24 and EVS, Unbabel is expanding deeper into language services to complement its language technology platform.

Unbabel’s CEO, Vasco Pedro, told Slator that the EVS acquisition will strengthen Unbabel’s presence in Germany and Europe, pointing out the strategic importance of the LSP’s location. “With Europe comprising 49% of the industry, our acquisition of EVS Translations […] will provide strategic access to the German market as well as the broader European market,” he said.

EVS will also enable Unbabel to broaden its sector focus. “With EVS Translations, Unbabel will have more data to train MT engines in new industry verticals such as finance, legal, and automotive,” Pedro said.

Founded in 2013, Unbabel has gone on to become one of the success stories from the wave of language industry startups from the 2010s and has raised upwards of USD 90m in funding to date.

Pedro said Unbabel’s technology would be rolled out to EVS in a “phased integration” involving little change in the short term. Meanwhile, the CEO also provided an update on the integration of Lingo24, which he described as an “ongoing process that has shown great success,” producing, for example, “quicker turnaround times for customers.”

Pedro added, “The importance of understanding the acquired business is something else we’re taking forward, which is why we will be managing EVS as a separate business until we are ready to begin the migration of customers, content, and people to become one company, one product, and one offering.”

Unbabel is one of a growing cohort of “AI Agencies.” (The AI agency is a delivery model in which AI plays a foundational role, in this case in translation services.)

Asked for his view on which components of language AI are currently underutilized in the industry, Pedro said, “I would say Quality Estimation is the most underused tool to give real-time quality analysis. With this new technology, users can pick the best pipelines either by using different MT or with humans. We are proud to have an advanced AI QE based on award-winning, state-of-the-art technology, and to be doing something nobody else is doing.”

Pedro also observed that “the language AI market is experiencing significant growth and high global demand for translation services.” He added, “This is leading to more players, and this acquisition sets Unbabel up to continue being a leader in LangOps [Language Operations] and enables us to expand into new sectors of corporate communications.”

Slator acted as the buy-side advisor for Unbabel in this transaction. EVS Translations was advised by Merten Kroehan of AIOS GmbH.