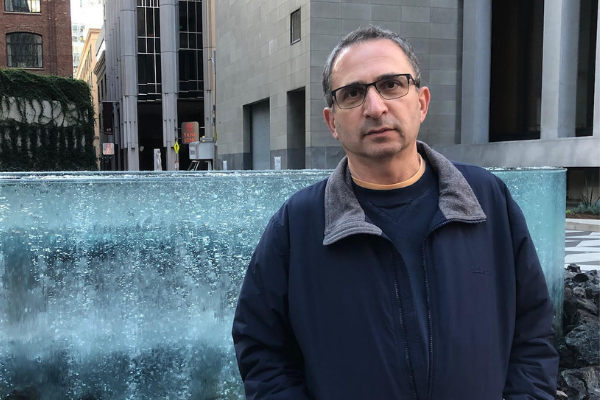 Pittsburgh-based Alon Lavie, formerly the Machine Translation Group Manager for Amazon, has joined Unbabel. It was a big hire for the San Francisco and Portugal-based startup, which announced Lavie’s appointment as VP of Language Technologies on April 15, 2019.

Tasked with driving Unbabel’s R&D from Pittsburgh, Lavie told Slator they “see great potential for hires” in machine translation and natural language processing technologies in the Steel City, home to fresh talent out of Carnegie Mellon University and its Language Technologies Institute, among others.

Lavie has long-term ties to Carnegie Mellon University, having graduated from there with a Computer Science PhD in 1995 and having taught at CMU for close to two decades. Lavie said he will continue to serve as adjunct professor and is “looking forward to developing an ongoing research collaboration relationship between Unbabel and CMU, where we jointly work on some groundbreaking research problems in the translation space that have significant commercial potential.”

Olszewski told Slator, “With the launch of Amazon Translate I felt that I had fulfilled my mission of integrating Safaba’s technology into the Amazon environment and decided to pursue other opportunities. I left Amazon about one month before Alon did and am now working at Uber ATG in Pittsburgh. I am very excited to be at Uber ATG and working on automated driving technology.”

Commenting on the Steel City’s talent pool, Unbabel’s Lavie noted how “there is already some strong momentum generated by a tech hub that’s formed here over the past decade.” Amazon Translate likewise set up shop there in 2017. Based on LinkedIn research, however, it would appear Amazon’s plans to establish a significant machine translation hub in Pittsburgh did not pan out.

“With the launch of Amazon Translate I felt that I had fulfilled my mission of integrating Safaba’s technology into the Amazon environment” — Robert Olszewski, Sr. Technical Program Manager, Uber

Few MT-related staff seem to have remained in Pittsburgh, for one thing, going solely by what is immediately apparent on LinkedIn. And there seem to be more Amazon Translate-related positions in Seattle. Slator contacted Amazon for a comment but has not received a response as of press time.

As previously reported, Unbabel raised USD 23m in a December 2017 funding round. Prior to that, Slator also covered the translation startup’s USD 5m funding round in November 2016 and another round worth at least USD 1.5m in January that same year.

The company has, thus far, brought all those dollars to bear on MT-supported human translation of customer service content, the subject of Unbabel Co-founder and CTO João Graça’s recent AMLD talk.

“The focus this year is on customer service, but we have already launched an Early Customer Program for video transcription and translation,” Lavie told Slator, referring to an idea that Unbabel has had for some time and now appears to be accelerating.

“I expect that my role and responsibilities will somewhat evolve over time,” Lavie added.

“When you look at translations of entire documents or conversations, there is clearly still a lot of room for improvement. That’s where I expect a lot of the focus to be in the next few years” — Alon Lavie, VP of Language Technologies, Unbabel

Asked if he sees a plateau in the horizon for neural machine translation (NMT) around major language pairs, Lavie replied, “I think the notion of ‘plateauing’ is a bit too simplistic in this context. For the major languages, NMT is already generating grammatical and fluent translations for many sentences, for some types of content that are essentially human-level in accuracy. But these systems are often brittle, inconsistent across sentences, and they often make very bad and silly mistakes that are clearly wrong [and] out of context.”

He further explained, “When you look at translations of entire documents or conversations, there is clearly still a lot of room for improvement. That’s where I expect a lot of the focus to be in the next few years. Much better MT in context, much more consistency, much more self-awareness of whether or not the translation is good, and much more dynamic control over generating the right language that is specific to the domain, the customer use-case, or the specific enterprise. That will open the door to some truly exciting solutions to enterprise problems.”