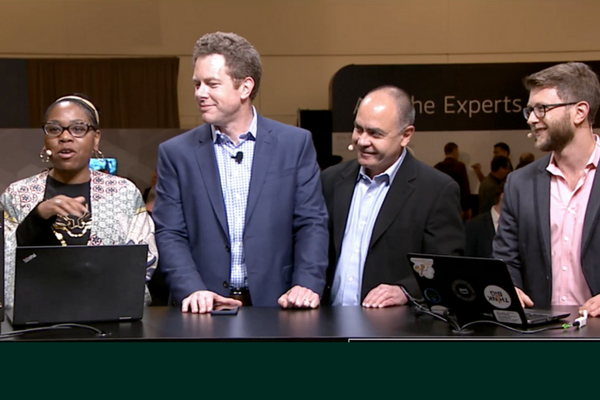 On April 4, 2018 Amazon Translate came out of “Preview” mode, which it had been operating in since it was announced in November 2017 by AWS CEO Andy Jassy, and was opened up to anyone in the US and EU with an AWS account. At the Preview launch in late 2017, prospective users needed to register their interest as Amazon was only able to “able to accommodate a limited number of participants”.

Long short: Amazon Translate is yet another neural MT system. Slator now counts more than 20 providers of neural network-based translation technology – four times as many as one year ago. As the NMT buy-or-build debate intensifies, Amazon’s progress in commercial partnerships will likely shake up the playing field and pricing.

As we pointed out in November 2017, the Amazon launch is different from other big tech MT announcements in that it acknowledges language service providers (LSPs) as clients and partners. In a blog post, Amazon says it has already partnered with a number of LSPs.

One of them is Lionbridge, the world’s second largest LSP with USD 590m in 2017 revenue. Ken Watson, who recently joined Lionbridge as its new CTO, was on stage at the AWS Summit in San Francisco with Lionbridge client VMWare and Amazon Translate Senior Product Manager Yoni Friedman to discuss their trial with Translate (jump to the 01:10:00 mark). The AWS website also lists Israel-based One Hour Translation as an early partner.

As for pricing, Amazon went for a strategy similar to Google and Microsoft (to name two of the big rivals).

Amazon Translate is currently limited to just 12 language pairs: text to or from English to Arabic, Chinese (Simplified), French, German, Portuguese, and Spanish.  Japanese, Russian, Italian, Chinese (Traditional), Turkish, and Czech are to be added over the next 12 months.

Slator spoke to Lionbridge’s Chief Marketing Officer, Jaime Punishill, who joined the company in November 2017, about how the joint launch announcement came about and how machine translation after decades of false starts is now transforming the industry.

If you can’t beat them, join them

Punishill said that Amazon reached out to Lionbridge after the November 2017 announcement. “What they really wanted was a use case. [They asked if we] could work together as one of their partners to find a co-customer, which we did in VMware, and construct a scenario where we are able to demonstrate the effectiveness of Amazon Translate.” However, the trial with VMWare was limited in scope and not a full production deployment.

“We would be foolish to not imagine Amazon’s going to be a big player here” — Jaime Punishill, Chief Marketing Officer, Lionbridge

Lionbridge is taking Amazon’s market entry seriously. “We would be foolish to not imagine Amazon’s going to be a big player here”, Punishill said. “[NMT] is the future of the industry; there’s no doubt about it,” he added.

In the NMT buy vs. build debate Lionbridge is firmly in the buy camp. “There’s no planet ever where we have enough data scientists to compete with Baidu or Amazon or Google or Microsoft, who are investing a gazillion dollars into this,” Punishill said.

Rather than attempting to build the core technology, Punishill said they are “developing a proprietary approach of how to embrace different engines.” Best-of-breed: pick and choose from the leading engines for a particular use case and leverage your service organization to process the content.

“Let’s go have fun with the really creative stuff”

Furthermore, Punishill subscribes to the view that more MT will be a net positive for the industry. “This is going to enable us to do more languages and more content,” he says. “If machine translation allows us to do ten times the volume of content that we were able to do before, even if it’s at the same revenue number, the world is good.” He adds, “let the machine do (rote technical document translation) and let’s go have fun with the really creative stuff.”

Generally it is too early to gauge the long-term impact of Amazon’s market entry but given the company’s vast reach and resources they are a force to be reckoned with and something LSPs should be following very closely.

In a short, and wholly unscientific, quality face-off with DeepL, Amazon Translate does well but still lags the Germany-based upstart when tested on a short Bloomberg financial news article (English into German).