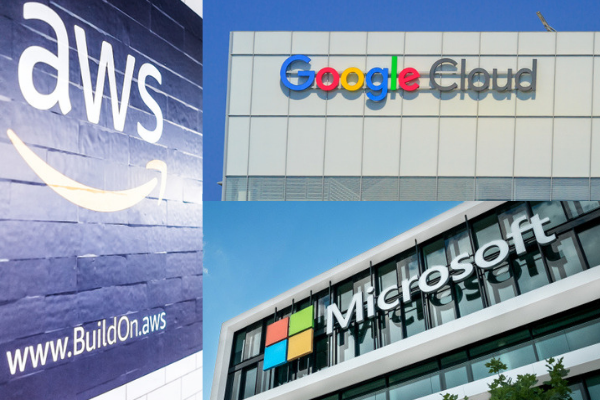 From big technology to language technology. Companies such as Amazon, Google, Microsoft, and many others have rapidly expanded their machine learning offerings and now increasingly encroach on the heart of language services.

Take Bridgeman Images, for example. Bridgeman is a “specialist in the distribution of fine art, cultural and historical media for reproduction” — the Getty Images of the art world, if you will. According to an Amazon case study published on February 6, 2019, the company needed automated translation to localize into many languages at scale. They opted for Amazon Web Services’ Amazon Translate to localize “570 million English characters into Italian, French, German, and Spanish” over the course of 15 days.

Until recently, Bridgeman would have likely presented their unique localization challenge to a language service provider (LSP) or niche machine translation company with sufficient technological capabilities and expertise. Alternatively, absent today’s increasingly useful neural machine translation (NMT), the company might not have considered localizing at all at this scale given the likely associated cost.

Bridgeman Images has more than three million assets in its archive, each with its own set of titles, descriptions, and meta information, such as keywords and mediar. Bridgeman implemented some infrastructure changes to their system to make everything more conducive to a machine-translation-enabled localization process. In the end, everything from the restructuring to the translation was handled by Amazon. No LSPs required.

On February 11, 2019, Amazon blogged about yet another client that went with Amazon Translate: Gubagoo, a provider of communication solutions for car dealers. Gubagoo uses Amazon Translate to provide multilingual support for their live chat solution.

Machine translation is nothing new but, over the past two or three years, advances in NMT have allowed big tech companies, such as Google, Amazon, and Microsoft, to offer language technology services to clientele who would have historically approached niche machine translation providers or tech-savvy LSPs.

Last year, the addition of customization to stock NMT engines for both Microsoft and Google opened up even more of a market overlap between the pure-play language services space and Big Tech’s cloud clientele. On its way to what is likely going to be much more customized NMT offering, the Amazon Translate team in Pittsburgh, in late 2018, added a rudimentary Custom Terminology feature that uses a client’s terminology and performs a find-and-replace function on translated texts.

Another indication that big tech is going much more aggressively after the end-client market is Microsoft’s announcement, in early February 2019, that Microsoft Translator had successfully acquired certifications for information security and quality management, healthcare, and so on.

Microsoft Translator is now compliant with a number of ISO (International Organization for Standardization), HIPAA (US Health Insurance Portability and Accountability Act), and other guidelines. Language services is a very large market to the US healthcare industry as Language Access laws in the United States compel providers to communicate with patients in their language.

Google, meanwhile, is also pursuing enterprise-grade NMT as part of its much broader Cloud offering. Case in point: the 2018 launch of AutoML, Google’s customizable NMT.

In another move to disintermediate, the search giant, in mid-January 2019, announced on the Android Developers Blog that they were launching the Google Play App Translation Service; essentially a platform where app developers can request localization from a list of approved providers. While this is unrelated to machine translation (it is, basically, Google creating a giant funnel for the chosen few LSPs) it still short-circuits one previous way of operating where app developers would have looked for LSPs outside the narrow confines of Google’s developer environment.

If this sounds vaguely familiar, it is because Google tried to do the same for YouTube subtitles in 2015 but, ultimately, shuttered the effort two years later.

Bottom line: Big tech is (very) gradually encroaching into areas that have, until very recently, been the domain of language service and technology providers.