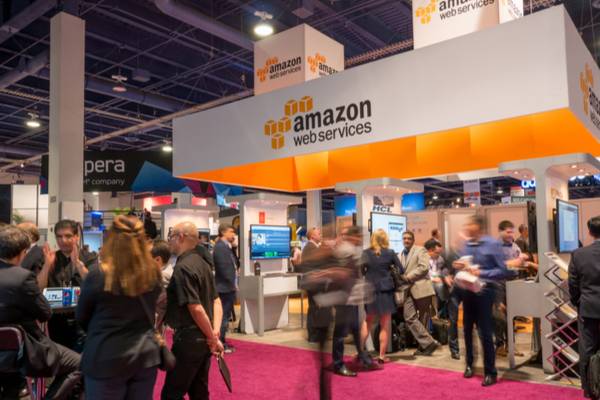 After months of speculation following the news in June 2017 that Amazon is working on a translation offering, the e-commerce and cloud computing giant officially announced its own neural machine translation (NMT) service.

“Translate is great for use cases that require real-time translation. These are things like live customer support or business communications or social media,” he said.

In contrast to Google, Baidu, Microsoft and others, Amazon Translate so far appears to be a pure enterprise offering, meaning there is no publicly accessible interface like Google Translate or DeepL.

Prospective users are invited to register their interest on a preview page but Amazon cautions that they are only “able to accommodate a limited number of participants.” This means there’s no way currently to evaluate the system’s translation quality.

“The way that people have traditionally solved this problem is that they’ve hired translation agencies which are expensive and time-consuming” — Andy Jassy, CEO, Amazon Web Services

Jassy’s pitch for Amazon Translate at the launch centered around cost efficiencies. “The way that people have traditionally solved this problem is that they’ve hired translation agencies which are expensive and time-consuming. They only pick out their most important pieces to do and they leave all that value on the table,” he said.

Another case would be around transcription, according to Jassy. Before announcing Amazon Translate, the AWS CEO first introduced Amazon Transcribe, which he said lets users transcribe long-form audio files into text.

One of the main selling points of many niche machine translation providers is a high degree of customization. Amazon says they don’t provide any customization yet but “would love to hear from you directly if that is important to you.”

Amazon knew it also need to address data security, a key aspect for many enterprise MT use cases. While the tech giant says they “may store and use text inputs processed by the service solely to provide and maintain the service and to improve and develop the quality” they also promise “sophisticated technical and physical controls” to “prevent unauthorized access” of customer content. Furthermore, Amazon says clients retain ownership of their content.

According to the AWS website, Amazon Translate will take a pay-as-you-go pricing model, which bills users on a monthly basis “for the number of characters of text that you processed.”

Amazon pitched Amazon Translate to language service providers (LSPs). The FAQ read: “With Amazon Translate, LSPs can increase productivity by as much as 50% and produce larger volumes of translation, and produce more high-end creative content.” The interesting part here is not the 50% claim but the fact that Amazon specifically highlights LSPs in their marketing material, which indicates they selected LSPs as a core client segment as they roll out the service.

Amazon Translate is initially available in six languages: Arabic, Chinese, French, German, Portuguese and Spanish. AWS is offering a free trial for select usage tiers for 12 months. Outside of the free tier, it said it would charge “standard, pay-as-you-go service rates.”

The Race is On

Amazon dodged media inquiries after CNBC first reported in June that Amazon has built a translation tool to rival Google. But industry watchers have speculated that an official announcement may be forthcoming at this year’s AWS re:Invent.

Slator first reported Amazon’s acquisition of Pittsburgh-based machine translation (MT) vendor Safaba to create its Machine Translation R&D Group in September 2015. A year later in September 2016, the team was reported to be on a hiring spree for MT experts.

The NMT race is heating up considerably as the tech giants duel in this space. Google, which introduced Google Translate in 2008, launched NMT in September 2016. Microsoft followed suit in the shift to NMT in November 2016.

In May 2017, Facebook CEO Mark Zuckerberg himself announced its own NMT initiative, releasing the source code on GitHub as an open source. Apple is reportedly also beta testing an expanded machine translation service that translates from English into 32 other languages.

The latest, however, to hop into the NMT bandwagon is Amazon rival in the cloud computing space, Salesforce, which announced their own model at their Dreamforce 2017 event on November 6, 2017 in San Francisco.

Clearly, 2017 is the year that neural machine translation has gone mainstream.