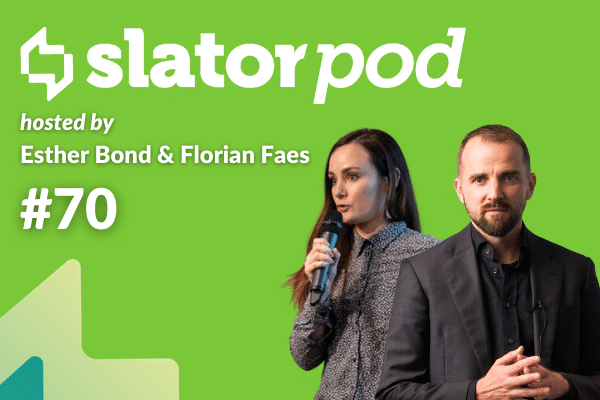 In this week’s SlatorPod, Florian and Esther discuss the language industry news of the week — and share the exciting agenda for SlatorCon Remote, which is just around the corner.

Florian briefly discusses the breaking news of Appen shares taking a beating, causing trading to halt. Esther talks about Canadian LSP TRSB’s acquisition of local rival Anglocom. According to TRSB CEO Mary Kazamias, Anglocom’s in-house linguists were central to the acquisition. The combined company employs nearly 300 people, of which 60% are linguists, making TRSB one of the largest, if not the largest LSP in Canada.

The two discuss Google’s latest research paper on machine translation. Conclusion: It is better to hire professional translators to train an advanced MT system than have amateur crowd workers do it manually.

Meanwhile, Esther shares details of a huge tender underway in Sweden as Stockholm began the hunt for a single vendor to supply interpretation services for the entire region. This huge RFP comes with a contract price valued at EUR 59m (USD 72m) for four years.

Taking a step back from day-to-day translation and interpretation, the duo talk about LSP Translated’s announcement that it will take part in Ocean Globe Race 2023, which will see a mostly amateur crew navigate a boat around the world without modern technology or equipment.

To cap off the episode, Esther shares the latest numbers from Slator’s Language Industry Job Index for May. The index has been on a four-month growth streak, climbing more than 30 points year to date.