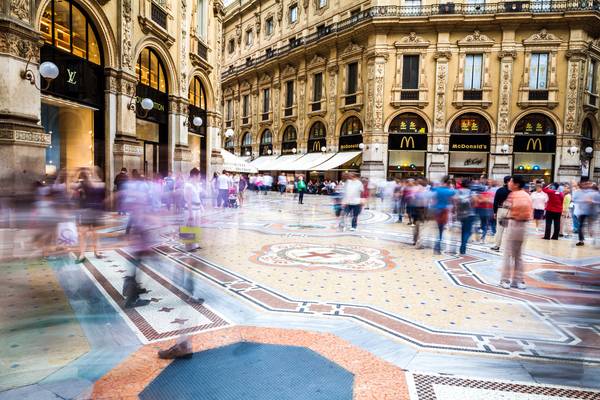 Ganzerli declined to comment on the purchase price, but said the transaction was completed with a combination of cash on hand and bank financing, and no outside parties (e.g., advisers, banks) were involved. He said the acquisition brings 2016 revenues of the combined company to USD 13.5m.

With the acquisition, Arancho Doc gains a presence in Italy’s business capital Milan and the southern Swiss city of Lugano. Arancho Doc employs a total 83 FTEs in three offices across Italy — Bologna, Mirandola, Rimini — as well as Barcelona, Helsinki, Prague, and Zurich. Soget brings 19 FTEs to the combined organization. Early in 2016, Danilo Monaco was appointed CEO of Arancho Doc in a leadership reshuffle.

According to Ganzerli, aside from the wider geographical footprint, another motivation behind the deal was to expand Arancho Doc’s service portfolio into areas like content creation, web design, transcreation, and SEO, along with the addition of Soget’s business information and document management solutions.

Ganzerli said there is no overlap in the client portfolios of the two companies, describing the mix as complementary. Soget serves similar industry sectors and, he said, both “hope to benefit from cross-selling to our existing customer portfolio.”

“Soget will continue to operate autonomously,” Ganzerli said, adding they had nonetheless “already started a gradual integration process of systems and processes to align and optimize our teams.”

He said Soget has already begun migrating to Arancho Doc’s proprietary workflow management system, “which allows for much greater granularity of data” for evaluating production and providing clients with KPIs.

“We are testing NMT to find out whether it lives up to the hype”—Roberto Ganzerli, Chief Strategy Officer, Arancho Docs

About the buzz around machine translation and its impact in the medium term, Ganzerli pointed out that adaptive MT is “already a game-changer compared to traditional MT,” and he expects neural MT “to be even more so in the near future.”

He disclosed that Arancho Doc has been testing NMT with a partner “to find out whether it lives up to the hype.” Ganzerli says they are “pleased with the preliminary results.”

The integration of the two companies will be complete by the end of 2017, according to Ganzerli, but he refrained from commenting on whether Soget’s owners and management would stay on.

He told Slator that, at the start of 2017, they set up holding company Adrenalin, which owns all Arancho Doc companies including Soget. “The reasoning behind the creation of this parent company, with the same leadership as Arancho Doc, is to provide greater unity and control while facilitating future acquisitions,” he explained.

On whether they are open to accepting third party investments to finance future growth, Ganzerli quipped, “Never say never.”

Asked if Arancho Doc was looking at other potential acquisition candidates, he replied, “Acquisition is a part of our growth strategy and we are always on the lookout for future interesting opportunities both in Europe and beyond.”

The Soget acquisition marks the sixth language industry transaction announced over the past six weeks, as deal-making heats up once more. M&A activity runs the gamut, from game localization, machine translation, conference interpretation equipment, as well as LSP deals in Switzerland and the United States.