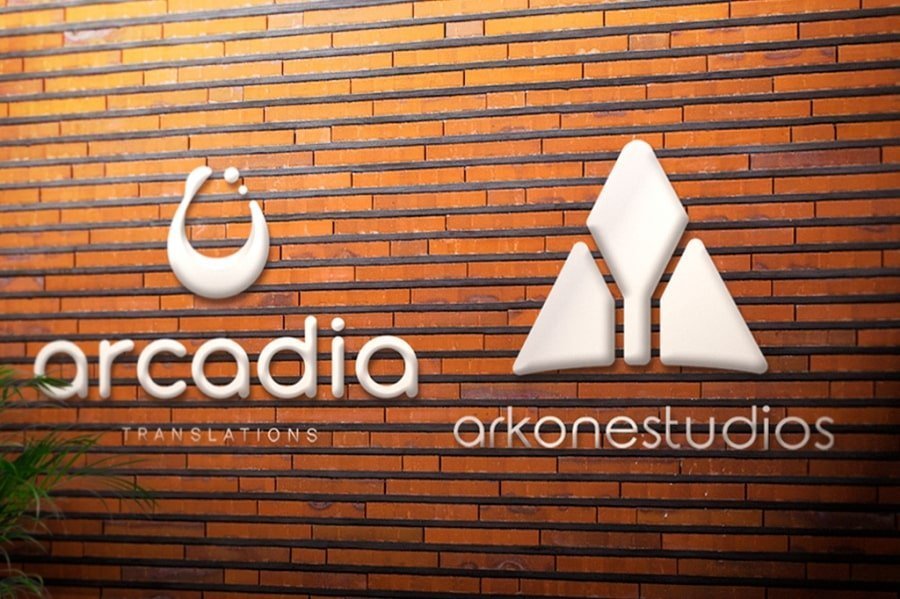 Buenos Aires, April 2021 – There are many ways a business can grow. In the case of Arcadia Translations, an ISO 9001:2015 and ISO 17100:2015 certified Language Service Provider with more than 15 years in the industry, growth came not only as a decision to expand its portfolio of services but also as a desire to give its new business unit an opportunity to develop its own culture, thus creating a new company as a result. The launch of Ark One Studios, Arcadia Translations’ sister company, comes after the remarkable growth of Arcadia’s Media Loc division in the last few years.

Arcadia’s Co-Founder, Sara Medina, explained:
“Digital transformation and the explosion of media content changed how we do business and communicate. We realized that many of our clients in the localization and other traditional industries were having a hard time coping with the fact that content is no longer primarily text but, increasingly, music, voice, and images. However, the workflow is still the same as it was years ago, with localization being considered only as an afterthought of all the other creative processes. So, in a way, we set out to change that.”

Ark One Studios was born as an extension of Arcadia’s Media Localization division, but it has incorporated experienced professionals from other branches in the marketing, entertainment, and video game industry to create a truly innovative portfolio of services that revolutionizes the concept of what a Localization Company can and should do.

Ark One Studios’ goal is to integrate and centralize all these distinct but strongly interrelated disciplines (Media Localization, Marketing, Digital Content Production) to offer its clients a one-stop-shop service.

Pablo Ariznabarreta, Ark One Studios’ Business Development Manager, further elaborated: “From the very beginning, our focus has been on stories and on improving the end-user experience in localized markets, primarily because, as consumers, we wanted to see high-visibility content for Latin America produced with high-quality standards: flawless subtitling, convincing voice acting, and adequate localization, especially in the videogame and entertainment industries.”

“When it comes to more traditional industries, we were seeing a lot of great content failing to connect with Latin American audiences because it’s usually presented with the same approach and communication tools as in other regions, where audiences’ trigger points are vastly different. Our response to this was to work closely with our Marketing & Content Generation department to help our clients bring their products and IPs to Latin America, but not as a mere replication of a strategy developed for other parts of the world, but from a fresh and local perspective.”

Denis Davies, Head of Digital Media Content, added, “We wanted to give companies the possibility to keep doing what they do best, but at the same time, accompany them in this new era of accelerated digital content distribution. For example, you might be the owner of a Fintech company, and you know that everybody wants more info about crypto, but people will no longer read a 15-page PDF. Instead, they’re going to watch an explainer video, and not always on their laptops. You will later have to resize and convert that for mobile and social media in 1’ or 2’ snippets, and then localize that content to reach other regions. So instead of treating all these activities as separate and unrelated tasks, we wanted to offer a central point where you’re actually doing all this simultaneously with a single provider. And the result has been amazing, both in terms of timeline and quality.”

In these last 2 years, Ark One Studios has helped many companies in the video game, entertainment, and other industries to generate high-visibility and high-impact content specifically tailored for the International and Latam markets.

Sara Medina added: “For us, a videogame is a story, but so is a marketing piece or a corporate video. And all should be approached with the same degree of care. As our tagline reads, at Ark One Studios, we believe that All Stories Deserve to be Well Told.”

For more information about Ark One Studios, please visit www.arkonestudios.com.