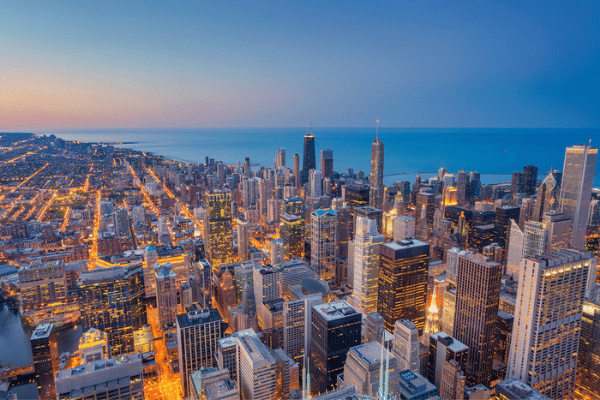 On May 27, 2022, Chicago-based Argo Translation announced that it had acquired ICDTranslation, a fellow US-based language service provider headquartered in Milwaukee. The deal closed on the same day, according to Argo Translation Founder, Peter Argondizzo.

ICDTranslation (ICD) has offices in Denver and Tampa in the US, and provides translation and interpreting services across a broad range of client verticals. Founded in 1991, it was co-owned by Dany Olier and Catherine Deschamps-Potter prior to the sale.

The purchase price for ICD was not disclosed, however Argondizzo shared the transaction multiple with Slator, saying that the deal is equivalent to around 3-times EBITDA.

On the genesis of the deal, Argondizzo told Slator that the two companies had been “competitors in the Milwaukee and Upper Midwest Market for some time now,” and that discussions began about a year ago. “We were looking for a translation services firm with a good client portfolio where our technology footprint could have a strong impact,” Argondizzo said.

In terms of future growth, Argondizzo noted that ICD’s strong e-learning presence augments Argo’s own client base in this segment. “We intend to continue growing this part of the business, including the development of an integration with one of the more popular [e-learning] tools,” he said.

To this end, Argo recently released an integration for Microsoft’s SharePoint that schedules pickups of new and modified employee content. After translation, the integration writes the content back to the SharePoint site, while retaining the layout.

“Many companies use SharePoint for their internal knowledge bases,” Argondizzo explained, adding, “we have seen significant growth in these accounts over the last three years.”

“We’ve been moving very quickly,” Argondizzo told Slator, with respect to ICD’s integration into Argo. In the few business days since the deal closed, Argo has completed the integration of ICD’s customers into its systems.

Argo told Slator that it has initiated the migration of open orders into its systems and is also in the process of transferring ICD’s linguistic assets into WordBee.

With respect to talent, around half of ICD’s translation team have already been onboarded, according to Argondizzo. The Founder also told Slator that all full-time staff at ICD will stay on with Argo, resulting in a combined headcount of 25 FTE. He added, “we expect to have the ICD team fully integrated by the end of June.”

A Technology Play on the Horizon

And will Argo make further acquisitions in the coming year or so? Argondizzo said that Argo hopes to make other strategic acquisitions soon. He went on to say that the company would like to “make a technology play” in addition to targeting agencies that focus on adjacent services such as “transcription, interpretation, voiceover and subtitling.”