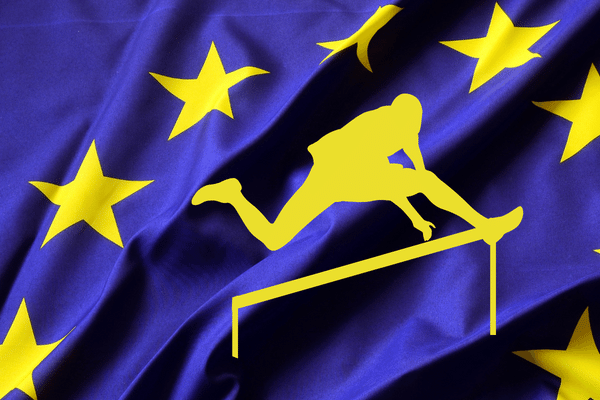 Candidates must also prove professional experience of at least one year as conference interpreter at a level accepted for international meetings, and declare only one native, or “A” language, even if they have more than one. Skills tested are consecutive and simultaneous interpreting from second or third (“passive”) languages into native (“active”) languages.

Testing is done via a remote testing platform. Interpreters who pass the simultaneous interpretation test are invited to take the consecutive test. Results will be sent to candidates in writing.

Genoveva Ruiz Calavera, head of the Directorate-General for Interpretation at the European Commission, explained the rationale for the process during a recent SlatorPod episode: “Our objective is to increase the number of people accredited […] and this remote type of testing allows us to be able to organize more than one test a year, so that’s why there are benefits.”

Ruiz Calavera’s office, internally known as the DG SCIC (Service Commun Interprétation-Conférences), must provide enough resources, human and otherwise, to ensure about 1,000 EU meetings run smoothly each year. “We have as well a lot of non-EU languages, for which we are heavily dependent on our freelance community,” she added.

About 2,900 external resources collaborate with the 100 or so SCIC staff. “We call them freelancers. Our auxiliary conference interpreters are part of our business model and they are certainly very well-integrated in the way we do business,” said the European Commission’s Chief Interpreter.

DG SCIC accreditation tests are not held on a regular schedule. Instead, they are offered as recruitment needs arise. Interpreters who pass the accreditation test are entered into the joint database of accredited Conference Interpreting Agents (ACIs), and can provide services for the three EU interpretation services.

Although accreditation as an EU freelance interpreter does not automatically put a candidate on a career path to becoming a staff interpreter, it adds a necessary qualification should they decide to compete for the post.

Many candidates will also benefit from the EU’s own set of courses, called The Interpretation Training Toolbox, to prepare for the test.