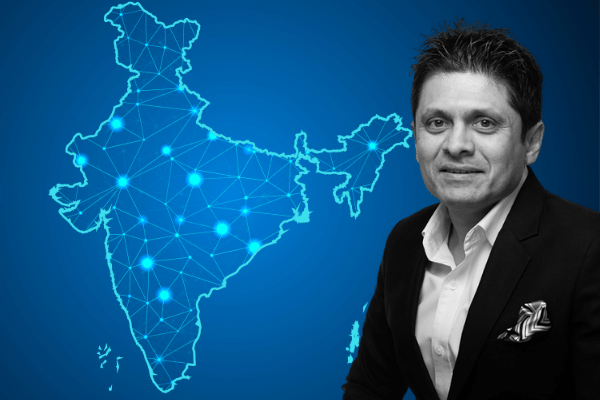 “Nearly all parts of India’s language market are underserved,” Sandeep Nulkar told Slator. Nulkar is the first President of India’s newly formed language industry association, CITLoB, which crossed the 50-member mark a month after it started accepting members in June 2020.

Members of CITLoB (or the Confederation of Interpreting, Translation and Localisation Businesses) represent companies such as Reverie (acquired by multinational conglomerate Reliance in 2019), Mayflower (acquired by Summa Linguae in 2017), and language learning startup Multibhashi, which Nulkar said recently raised USD 10m.

According to Nulkar, the demand for language services in India is primarily driven by B2B with consumer demand also being a significant contributor. This demand can only accelerate with interest coming from the likes of Google.

Case in point, in its July 13, 2020 live stream of Google for India 2020, the tech giant discussed its many initiatives in tandem with the Indian government and highlighted the fact that the country’s more than 500 million active Internet users can now do a Google search and write using Voice Assistant in nine Indian languages, and that one million teachers will be able to deliver blended learning by the end of 2020 using the same tools. Google’s ultimate goal is to give the next-billion Indians access to the Internet.

Nulkar believes this rapidly growing language market is underserved because, if one were to go on popular portal ProZ, for instance, a search for any language pair would yield no more than a few hundred language professionals. “A terribly low number,” he pointed out, considering the diverse demand for language services: translation, localization, interpreting, teaching, voiceovers, subtitling, content development, and so on.

The CITLoB President added, “Unfortunately, there is no credible research that suggests the size of the language services market in India. But I will bet my last penny on the fact that it would be significantly higher than the most liberal of projections made by language industry research firms. If I were to guess, I would say that the market size would be nothing short of a few billion dollars.”

Asked how many language service providers (LSPs) there were in the country to serve all that demand, Nulkar replied, “I would imagine there are a few hundred of them, at least.”

“Telephone interpreting is surely not even a known term in India”

However, freelancers dominate India’s language services ecosystem: “About 90% of the market is made up of freelance translators directly engaged by clients. A small percentage of those are employed primarily by the IT, engineering, and automobile sectors.”

As for interpreting services, Nulkar singled out New Delhi as generating “a chunk of the country’s demand,” as it is the consular, administrative, and business hub. He added that tourism, especially in North India, generated significant demand for interpreters pre-Covid. Today, that demand has vanished and no one knows if in-person interpreting will ever make a comeback, he said, adding that “telephone interpreting is surely not even a known term in India.”

What is known, however, is language technology. No surprise in a country that has long branded itself as the world’s leading outsourcing destination for the technology sector. According to Nulkar, AI, natural language processing (NLP), and machine learning are “at the heart of every language and language technology startup. LSPs, too, are warming up to the use of MT (machine translation) in their workflow,” and PEMT (post-edited machine translation) opportunities have increased as well.

It all began in Madrid…

The seeds for CITLoB were planted when Nulkar spoke at an EUATC Conference in Madrid on “India as the next frontier” back in 2018. “That is when Geoffrey Bowden, whom I have known for over 20 years now, suggested that we should take the Indian association idea that we had been toying with more seriously and get something started.”

It was also about the time that Indian telco Jio (or Reliance Jio, the telco arm of the same conglomerate that bought Reverie) experienced huge uptake of their mobile and Internet services.

Nulkar recalled, “Little did we know that something as seemingly disconnected as the launch of a mobile telephony service would have an impact on the language industry in India. But it did — and it was, by far, the most significant impact. Now, nearly every Indian owns a mobile phone and has dirt-cheap access to the Internet.”

All of a sudden, localizing into the vernacular became the thing and language services experienced an unprecedented demand because of it, Nulkar said. This, in turn, led the founders of the oldest LSPs in India — who “had always enjoyed an amazing relationship; one that was built on trust, mutual respect, and camaraderie” — to band together to form CITLoB.

Nulkar also serves as Senior Member at another language industry group, FICCI-ILIA. FICCI is the Federation of Indian Chambers of Commerce and Industry, while ILIA stands for Indian Language Internet Alliance. He said, “While CITLoB is purely a trade association, FICCI-ILIA is the voice of the entire industry and works relentlessly for policy change.”

He described the relationship between the two groups as “working towards a common goal” and said that CITLoB “even put off accepting members just so there would be no clash of interest between CITLoB and FICCI-ILIA.”

CITLoB has extended this collaborative spirit overseas, inking a partnership with the European Union Association of Translation Companies (EUATC) in June 2020. Nulkar said this entails supporting each other’s events, offering discounted pricing, and, given the growing interest of European LSPs in the Indian market, CITLoB helping EUATC members in all issues pertaining to the local language market.