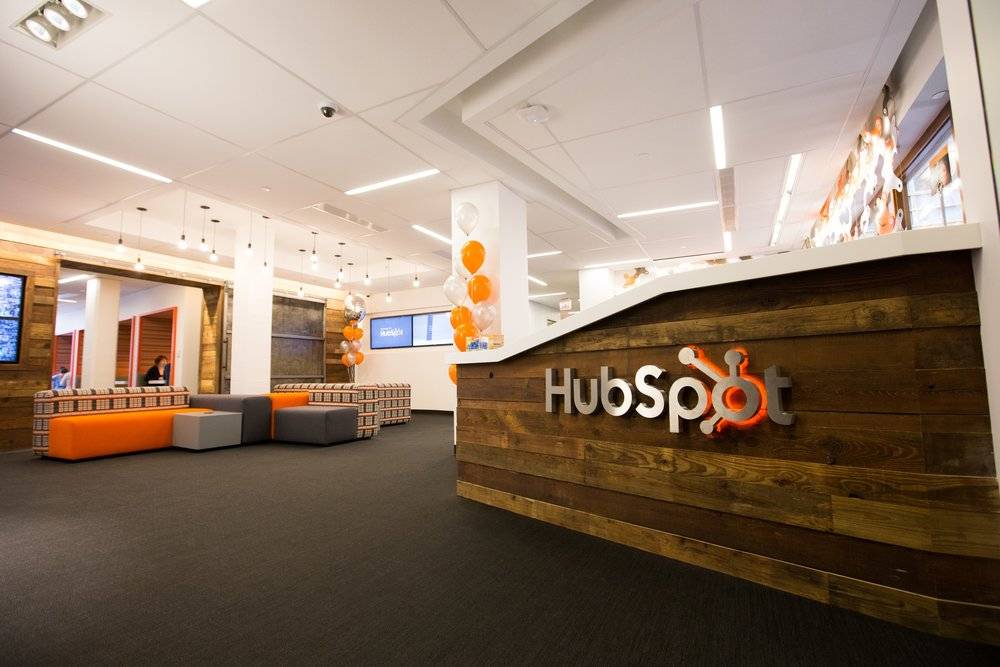 Making “the marketing and sales process human” is good business. Founded in 2006 and gone public in 2014, Massachusetts-based marketing tech company HubSpot reported USD 271m in full year revenues for 2016, up by 49% from 2015. HubSpot is not yet profitable but investors don’t seem to mind. The company is worth USD 2.7bn.

“Localization at HubSpot actually began from our product team,” said Localization Manager Chris Englund. “Localization of the rest of our business came after.”

Englund has been with HubSpot for seven years, starting as a consultant and then an account manager. He finished his MBA in the Netherlands, lived and worked in Argentina and South Korea, and was fluent in several languages. With this background, Englund found he had unintentionally groomed himself for his current role. “When I heard that the localization team at HubSpot was starting up two years ago, I was really excited so I started to get in touch with the founding member, our VP of International Operations and Strategy, Nataly Kelly,” he said.

From that original duo of him and VP Kelly, Englund now manages a team of eight people; ten including a localization product manager and engineer from the Product Team. Their challenge and mission: end-to-end localization of the entirety of HubSpot’s operations where needed.

Englund could not publicly share HubSpot’s translation volume or spend, though he assures Slator that it was “a lot.” He also could not disclose their LSP partners, though he did say they have integrations and relationships with many providers, some of which are also their clients.

He shared that his team handles four core languages: French, German, Spanish, and Japanese; the HubSpot website was also in a fifth language (Portuguese) with limited support. Englund’s team localizes everything from website content, blog posts, marketing offers all the way on through to customer support — including voice — and even legal documents.

While that sort of translation work is expected out of a company like HubSpot, the nature of their business makes the challenge unique. “It’s not just fluff to say HubSpot loves our customers; we think about them all the time,” Englund said. “If we just put out bad translations, I don’t know how we could lead by example by showing what good inbound marketing looks like. I don’t think we would have the credibility to sell the sort of product we sell.”

“If we just put out bad translations, I don’t know how we could lead by example.”—Chris Englund, Localization Manager, HubSpot

Englund went on to explain how inbound marketing is ideal for a professional service or product that does not have a set of concrete dimensions, such that customers would benefit from being educated on what it is, how it helps, how it would be different, and what it would be like to do business with the seller. Inbound marketing is all about pulling potential buyers in through continuous touch points, and the quality of localization required for this level of attention to detail differentiates HubSpot’s approach to localization in a few key areas.

One such difference is that machine translation is out of the question.

“We don’t [use MT],” Englund said. “That’s such a taboo topic too… I can definitely see the role for it, I just haven’t seen the quality we really love.” He explained how HubSpot has worked hard to ensure its content has a distinct voice readers can instantly attribute to the company.

“We have a really particular tone and we wanna nail a tone — not the same one — but we want to have a similarly familiar tone in each language and our concern is can we compromise quality in exchange for speed and cost?” Englund said. “So far we haven’t seen the quality measure up to make that a tradeoff I’m willing to make at this point.”

“I was sitting in a meeting… with our German localization specialist along with our [MLV’s German team],” Englund said, sharing an example to contextualize the quality of adaptation they require. “It was funny listening to them talk about — ‘so when you see all of this hyperbole and all of this enthusiasm in the American source text, just take it out. When you see them saying this is the “best in class,” “very greatest,” “most awesome social media tool,” just say in German: it’s good, and it will help you.’”

“…so when you see all of this hyperbole and all of this enthusiasm in the American source text, just take it out.”

Despite advances in neural machine translation, the tech simply is not intelligent enough to know not to carry over figures of speech and change the tone or voice of content. “Even the HubSpot tone needs to be adapted when it comes to localization,” Englund concluded.

Of course, while HubSpot does not dabble in MT, they do use tools to make the translation process smoother and more efficient.

HubSpot uses Transifex TMS for product translation because it is built with agile product development in mind, said Englund. Meanwhile, they use Cloudwords for HubSpot Hosted Content. Englund said Cloudwords seamlessly integrates HubSpot with other CMS’s, allowing them to extend the localization pipeline directly to individual marketers. Lastly, he had glowing praise for their recently implemented translation productivity tool that they use in common with their MLVs: memoQ.

Where HubSpot cannot see itself investing into MT, it does involve human translators deeply within its localization processes. Englund said they have a team of internal localization specialists that do more than just edit and QA translations received from LSPs. “They work very closely in conjunction with the LSPs, with the actual translators, the actual subcontractors of the vendors, to grow and improve quality and they do this in some very interesting ways,” Englund said.

For example, Englund shared they will be hosting an upcoming summit in their Dublin office where they invite the translators who work on their account directly. HubSpot helps them better understand how some of their translations are used in practice.

“Localization at HubSpot is something that everyone in the entire company has visibility into.”

“We can get a German translator to translate a blog post, but what if blogging best practices in Germany are a little different than in the US?” Englund asked. “If we can’t help our translators to know what good blogging looks like, then we’re always gonna have to do a ton of revision and adaptation to make that blog post work on our HubSpot Germany blog.”

“Localization at HubSpot is something that everyone in the entire company has visibility into and everyone is able to be a client of,” Englund added. “Instead of it being this black box services department that churns out translated text, we’re strategically partnering with every team at HubSpot using our localization coordinators to ask ‘hey, what is your team’s global goal and how can we help you achieve that?’”

So MT is out, deep involvement with actual translators is in, but how does Englund’s team justify this sort of investment?

“With inbound marketing and inbound sales, you’re able to tie your marketing efforts into the actual results, and so it’s only natural we do the same for localization,” Englund said. “For instance, we might launch an ebook in French about the most important SEO tricks to leave behind in 2016. I can go into our CRM and see just how many people downloaded it, [check it against] average selling price of HubSpot in that market and the conversion rate from lead to customers. I can actually place a dollar value on an individual lead even if it’s not gonna close for another six months.”

“I can feel really confident to tell the higher ups when we localize blog posts into German, here’s exactly what it gives us.”

“I can say that lead is worth X Euros. I can compare that against the cost it took for us to localize that content, and I can see that the localization contributed very favorably to the bottom line for our French marketing efforts,” Englund said. “Luckily we’ve got an executive team that’s very bought into and very supportive of localization. But if ever I need to justify the cost of something, I can feel really confident to tell the higher ups when we localize blog posts into German, here’s exactly what it gives us and we can all agree that data is legitimate and we can speak around the right metrics. Tying your localization cost to actual real world business outcomes is a must.”