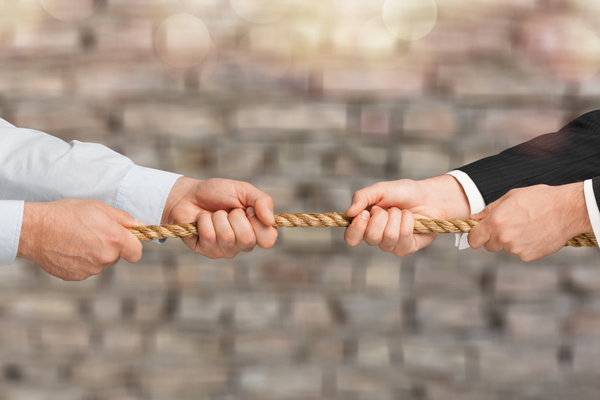 Two members of the American Translators Association (ATA) have launched a write-in election campaign in response to a decision by the Board of Directors to not hold a membership vote on “decoupling.” Decoupling refers to the practice of allowing non-members to take ATA certification exams and maintain their certification credentials without becoming members of the organization.

News of the write-in election was announced on candidate Jill Sommer’s blog in a September 22, 2019 guest post by her running mate, Robert Sette. Sette said he and his colleagues were too late to get on the official ballot for the election at ATA’s annual conference in late October, so they decided to “make it a referendum by writing in one or a couple of candidates for office.”

The write-in election is ATA’s first since the 1990s as President-Elect Ted Wozniak recalled.

In late June 2019, following a Slator article on the decoupling issue, Sette tried to submit a bylaw amendment, collecting about 30 of the required 50 signatures. He then asked the Board to hold a referendum on decoupling at an August 3, 2019 board meeting. When the referendum was not held, Sette and his colleagues sent the Board an attorney’s letter on August 13.

According to Sette, the Board’s response did not acknowledge their attorney’s letter. It did, however, state that the Board had decided to push the decoupling date from January 1, 2020 to January 1, 2021 in order to give members more information around logistics.

The move to separate ATA’s certification exam from membership has already been postponed several times. Decoupling was first suggested in a 2000 report by certification and testing consultant Michael Hamm (inspiring cheeky tweets as the issue gained attention more recently).

Some recommendations, such as changing the name of the exam from accreditation to certification, were implemented within a year as part of a roadmap designed by the ATA President who had commissioned the report.

By contrast, the Board only approved decoupling in November 2013. The Board decided in April 2015 that the organization was not prepared financially or logistically for the motion to go into effect as originally scheduled on January 1, 2016.

Before setting another effective date, ATA would have to meet a series of conditions, like having “a certain amount of money in the bank [and] a membership program ready to sell the value proposition,” said Wozniak, adding that this would “offer potential and existing members a good reason to pay dues other than being certified.”

In April 2018 the Board determined that ATA had met these requirements, and decided to open the exam on January 1, 2020.

The Board’s decision was included in the minutes of the meeting but, according to Wozniak, “there wasn’t a lot of member feedback or pushback at all” until Slator’s June 2019 story.

After that coverage, Wozniak said, ATA received a number of comments from members, including questions about how this new class of “non-member certified translators” would function: Would they be required to uphold the ATA Code of Ethics? Would they be expected to fulfill the same continuing education requirements?

In response, the Board voted at its most recent meeting to postpone opening the certification exam by another year, to January 2021, to give the Board more time to answer members’ questions about how decoupling would work. ATA already hosted an informational webinar on October 1, 2019, which President Corinne McKay said was attended by 100 people.

“If a member right is going to be diluted, then the membership needs to approve it” — Robert Sette

Sette said this was not what he and his colleagues wanted. “We want a vote next year on this issue before it happens, because if a member right is going to be diluted, then the membership needs to approve it,” he said.

The Board has publicly stated that decoupling would bring ATA in line with other professional organizations based in the US, like the American Medical Association, which do not require membership as a precondition to certification.

Wozniak said that from the Board’s point of view, one goal of decoupling is to spread awareness to the general public and translators’ clients “that the CT [Certified Translator] designation is a top-quality distinguishing characteristic of a true, professional translator.”

Sette, who is ATA-certified in three language pairs, doubts that decoupling is the answer. “These recommendations are from a 20-year-old report, unsupported with concrete examples. I don’t think that’s going to improve the credential,” he said.

Wozniak acknowledged that some of the opposition to decoupling goes beyond a lack of information about logistics. “There’s also a group of people who’ve been against decoupling from the beginning,” Wozniak said. “They strongly feel that if you want to use the CT credential, you have to be supporting ATA by paying dues.”

The issue that goes to the heart of the most recent developments in the decoupling controversy, however, is the interpretation of ATA’s bylaws, where taking the certification exam is listed as a right of ATA members. This raises the question: Is it a right exclusive to members, or is it simply one of many rights that members hold?

“The wording is ambiguous enough that you can have an honest disagreement about that” — Ted Wozniak, ATA President-Elect

According to Wozniak, “The wording is ambiguous enough that you can have an honest disagreement about that. We have an opinion from our attorneys that the Board has the authority to do it (decoupling the exam) because the bylaws don’t say that they can’t.”

Not all members agree with this interpretation. Sette, for his part, believes a vote should have been the first step. “There have been 75 board meetings in the past 20 years. You’ve had 75 opportunities to ask the members. We have nearly 2,000 certified members and I daresay 80% of them have an opinion on it one way or the other,” Sette said.

Countering calls for a vote, the Board plans to propose a bylaws amendment on the 2020 ballot that would clarify that taking the exam is not an exclusive membership right.