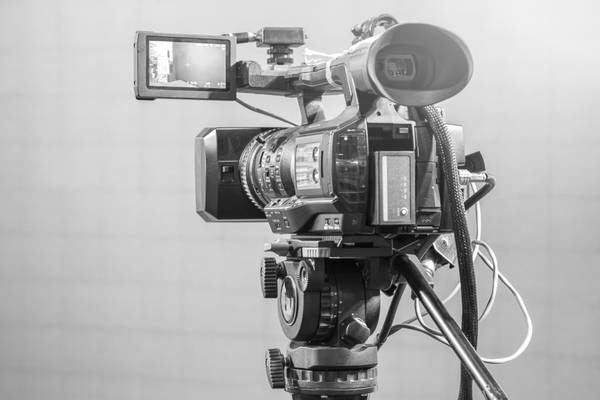 As the global demand for content skyrockets, so does the requirement for video localization. Slator reported in July 2017 that media localization will be USD 2.5bn industry in Europe, Middle East and Africa (EMEA) region before 2020.

While localizing media content — video, film, and television series, in particular — involves linguistic translation, it requires much more than just recreating dialogue in other languages.

Professor Jorge Diaz-Cintas, Director of the Centre for Translation Studies at University College London, said in June 2017 that the combination of sound, music, images, and language makes audiovisual or multimedia translation “a new paradigm on how to communicate.”

In subtitling, the form requires only two lines up to 37 to 42 characters per line. There are also time constraints so original text must be reduced or condensed and synchronized with audio and video. Dubbing adds another layer of complexity as the voice actors must also capture the nuance and subtleties of the original dialogue in a new linguistic and cultural construct.

While subtitling and dubbing have been around since the 1930s, the rise of Over-The-Top (OTT) services distributing media content over the internet via streaming has turned audiovisual translation into a billion dollar industry.

Among the global OTT players, a major growth driver is Netflix, which launched its global video on demand (SVOD) service in January 2016. It now has 104 million paid subscribers in 190 countries and the service supports 24 languages.

Hulu, a joint venture of Walt Disney, Century Fox, and Comcast, will spend  USD 2.5bn on original content in 2017, although its streaming service is offered only in the US, its territories, and Japan. Disney announced it will enter the lucrative SVOD market in 2019 after cancelling its licensing deal with Netflix in August.

Spicing up competition further will be the entry of tech giants. Apple announced in August it has a war chest of USD 1bn to start producing original content in 2018. Facebook soon followed to announce that it is has USD 1bn as well for its video push.

In China, search provider Baidu is behind iQiyi, the video streaming platform reportedly available by app on 610 million mobile devices. The SVOD market is also closing the gap with cable TV, growing from 144 million subscribers today to 234 million by 2020.

Tencent’s video streaming service reportedly has 43 million of these paying customers, which has contributed to its market valuation surging past Facebook in November 2017.

In Latin America, OTT services had a user penetration of 9.7% in 2016 and revenues are forecast to double from USD 425m in 2016 to USD 859m in 2021. Leading players include Globo Play, the SVoD service of broadcast network Globo; and Blim, the SVOD service offered via Mexican media company Televisa and currently available in 17 countries in Latin America.

In Southeast Asia and other emerging markets, iFlix and Hooq are facing off in an overcrowded market. Hooq, a joint-venture of Sony Pictures Entertainment, Warner Bros and Singtel, has launched a streaming service in the Philippines, Thailand, India, and Indonesia. Its India strategy to focus on curating Hollywood content could mean a boost for localization in order to cater to the needs of a country with 22 official languages.

Opportunity Abounds, But the Talent Crunch is Real

As subtitling and dubbing shift into high gear, the industry is facing a talent crunch, despite hundreds of thousands of linguistic experts, translators, and voice actors worldwide.

Sean Hopwood, CEO of Day Translations, agrees that new subtitling and dubbing talents are urgently needed. “While it is true that trained professionals are hard to find,” said Hopwood, “companies should be able to hire more professionals that possess superior skills in the target language by looking in the target territory,” he said in an interview with Slator.


Jim Ballard, EVP, Business Development at Iyuno Media Group, said they experience “talent crunches” by language when the OTT’s are targeting to launch in specific territories or are licensing substantial content for delivery to specific territories. As a Netflix Preferred Vendor (NPV), however, Iyuno can tap into the highly skilled pool of talent who passed the stringent exam on Netflix’s Hermes translator testing platform.

Norman Dawood, Group Managing Director at VSI London, said they expect to see continued growth in demand as organizations continue to recognize the immense value of adapting their content into multiple languages to extend their global reach. Also a NPV, VSI has experienced fluctuations in demand to an extent, but prepared for demand surges by training new talent ahead of time.

From academia’s point of view, Diaz-Cintas believes there is a mismatch between what the industry needs in terms of skills and what the universities can contribute in terms of training. “Some countries have started to teach this area but still there are not enough people being trained in certain languages,” he said.

Netflix’s published rate card shows that pricing for work done for its content hub, global, Japanese, and original content also vary. Diaz-Cintas affirmed that pricing depends on many factors, including the demand for a particular language, the scope of work or the kind of video that needs to be subtitled.

The European Federation of Hard of Hearing People (EFHOH), which advocates the accessibility of audiovisual media for all, is campaigning to have all programs in Europe subtitled. The EFHOH claims that, at current subtitling rates, subtitles cost less than 1% of the overall production cost of programming and it makes sense for broadcasters to subtitle their programs beyond issues of rights and legislation.

Just a Fraction of Production Cost

Diaz-Cintas agrees that the cost of subtitling as a percentage of total production cost is minimal, especially for big budget productions such as “The Crown,” the 10-part drama series which reportedly cost Netflix USD 130m to produce. However, he said there are also documentaries and indie productions where the budget is really limited.

Hopwood is hopeful that if the demand for dubbing and subtitling keeps rising and there is still a talent shortage, the rates might increase. Diaz-Cintas also said rates could be improved considerably. “One of the issues that bothers some people in the industry, particularly the translators, is that the road does not necessarily go together with good working conditions and pay rates,” he said.

The language industry will need to keep its balance as it walks the familiar tightrope of big business interest, globalization, and the velocity of growth with what is perceived as individual or public good. But the demand for audiovisual translation is here to stay, although its playbook is still an evolving paradigm.