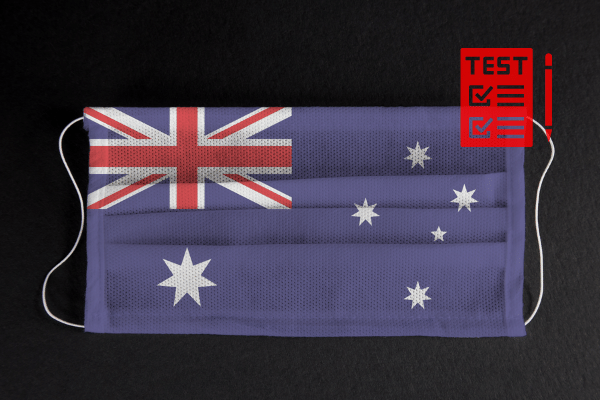 Australia imposed several lockdowns in 2020 in response to Covid-19, most notably six months’ worth of various stay-at-home orders in Melbourne between March and October. At this writing, Victoria had just entered a five-day lockdown following the one in Greater Sydney, which was extended to, at least, July 30, 2021.

On top of the general business slowdown, translator and interpreter testing also took a hit. According to Australia’s certifying authority for linguists, NAATI, a significant number of certification exams were canceled or rescheduled, including more than 200 Certified Translator tests between March and September 2020.

NAATI, which stands for the National Accreditation Authority for Translators and Interpreters, responded by accelerating the adoption of the online testing model it had in the works. By June 30, 2021, the company had delivered over 1,700 tests, including 952 Certified Translator and 597 Certified Provisional Interpreter tests.

Mark Painting, CEO of NAATI, told Slator, “Prior to March 2020, all tests were conducted in person at NAATI testing venues in Australia and no tests were conducted online. NAATI has delivered Certified Translator tests electronically (but offline) since the Certification System came into effect in early 2018.”

NAATI had already been exploring online testing platforms with a number of providers “since mid-2019,” Painting said, hoping to deploy “a secure, cost-effective, and candidate-friendly solution to meet NAATI’s testing requirements from 2022.”

Covid, naturally, accelerated these plans and NAATI started using an online platform for translation tests in September 2020. Their chosen supplier, Televic, is the same provider of equipment and software to several Australian universities as well as the EU and the UN.

At a translator and interpreter conference in May 2021, NAATI said it had tested over 900 candidates in 28 languages online since September.

As for interpreting, tests were delivered via Microsoft Teams in 2020. The NAATI CEO called this “an interim measure” and said they continue delivering interpreting tests face to face, “where appropriate and safe to do so.”

Given the positive reviews, does NAATI plan to go 100% online? Painting said that while NAATI’s translator tests are now delivered online via the Televic platform, “some individual interpreting tasks can be delivered via Televic but not the live components.”

However, according to Painting, they do acknowledge that many interpreting jobs have moved online and NAATI plans to, at some point, deliver interpreter testing either in person or online. “This would enable the testing of candidates living in rural and regional areas of Australia and internationally, as well as testing the skills of candidates working in a remote environment,” he said.

NAATI certification testing has been available in 48 languages since June 2021 — including Deaf interpreting, Auslan, and 11 Indigenous languages — compared to the 37 languages it offered in June 2020.