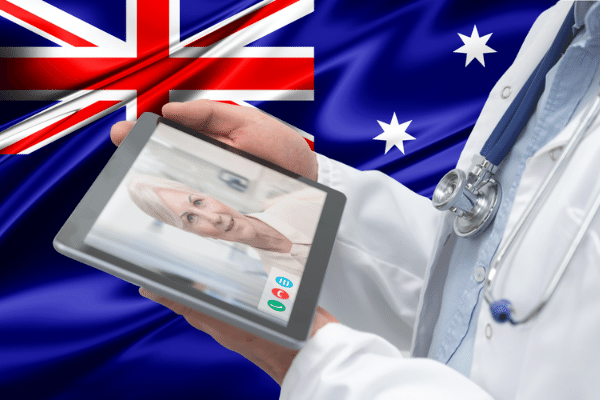 Latest census figures show that the number of people who speak a language other than English at home has been growing 12 times faster than those who speak English only. Government officials and various experts say this NES population has become particularly vulnerable during the pandemic.

Responding to the growing demand from the country’s NES patients due to Covid-19, the country’s Translating and Interpreting Services (a.k.a. TIS National) launched a video remote interpreting (VRI) service for telehealth consultations.

The VRI service is already being used, mostly by people locked down in the state of Victoria, Mirage News reported on September 25, 2020. (Although the government has eased restrictions in Victoria as of press time, the state is said to have been under the “longest lockdown in the world,” even as other reports beg to differ.)

In a July 2020 Slator report, NAATI, Australia’s certifying authority for linguists, said the top five first languages among translators and interpreters are Chinese (26.5%), English (13.8%), Arabic (7.5%), Vietnamese (5.4%), and Persian/Farsi (5.2%), based on data from a recent nationwide survey. Other languages had 2.5% or less respondents.

Australia’s VRI service allows medical practitioners to book a remote interpreter for video consultations with NES patients — supplementing the agency’s existing phone interpreting service (OPI) that first launched in 1973 and now provides 24/7, year-round OPI “for the cost of a local call” for anyone in the Commonwealth.

According to the TIS website, the service aims to provide “credentialed and secure interpreting services in more than 140 languages” through more than 2,300 interpreters, who are permanent residents or citizens of Australia.

The increased demand for language services due to Covid-19 is not limited to interpretation. On September 23, 2020, ABC News reported on the “overload of public health messaging” around the new coronavirus, which vulnerable migrant communities find especially complex and difficult to access or understand.

The same report quoted Macquarie University translation and interpreting lecturer Jinhyun Cho as saying, “Translated COVID-19 information is problematic in that it is not easily searchable and often buried within government website[s].”

Cho further commented on the translation quality of Covid-19 information, saying that, although a lot of it is good, some translated materials have readability issues.

Much of the public healthcare information around Covid-19 cannot be verified without high levels of English literacy, ABC News pointed out, quoting Macquarie University distinguished professor of applied linguistics Ingrid Piller as saying that some 4% of Australia’s population, “somewhere between 800,000 and one million people […] don’t actually speak English, or don’t speak it at a level that they can read it or get any kind of complex information. That makes a large section of our population much more vulnerable.”