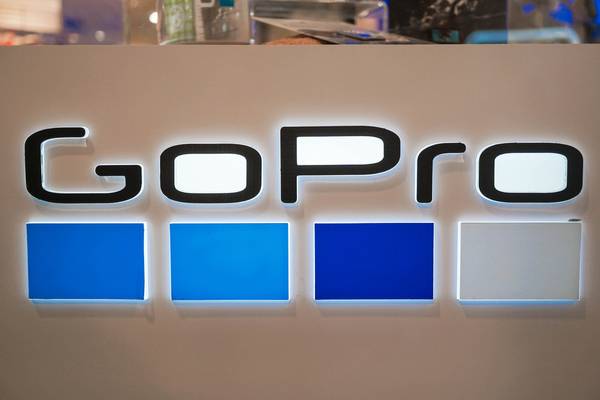 More than half of GoPro’s revenue in the second quarter of 2017 was generated outside of the US. The action camera market leader is seeing strong growth in Asia, and indeed, international customers are key to getting the company back to sustained profitability.

“Our reach is incredibly diverse and multilingual. It is important for us that our messaging be localized into multiple languages so we can communicate most effectively with our audience,” said Sonia Oliveira, Senior Director of Globalization at GoPro. “We have seen significant growth in Asia last quarter (specifically Japan and China) for example following the release of localized products in those markets highlighting the importance of localization to our business.”

GoPro’s cameras are increasingly becoming popular in Japan, to the tune of a 164% increase in unit sales year-on-year. Meanwhile, the Q2 2017 results also reported China being the second largest user base for Quik, the company’s mobile video editing app. Garnering social media momentum is an important aspect of GoPro’s growth strategy, and in this area too, the company reports a 94% increase in international followers of their flagship Instagram account.

GoPro CEO Nicholas Woodman said in their financial results that strong demand for their new products coupled with cost-reduction measures have put them back on track toward profitability in 2017.

With over half of the California-based company’s revenue coming in from overseas, the role of Oliveira’s globalization team is more quintessential than ever. Though she did not provide concrete numbers, she shared that GoPro’s Globalization Team is a combination of full time employees, contractors, and multi-language service providers.

Oliveira herself studied and worked as a translator and interpreter for a few years before transitioning to the software industry in Silicon Valley early in her career. “It was really a matter of being in the right place at the right time; being able to connect the dots all around me,” she said, adding that she enjoys her job. “The localization industry is such a dynamic field, and it continues to evolve significantly, which is quite exciting,” she said.

“Are we communicating the GoPro voice in an authentic and accurate way?” – Sonia Oliveira, Senior Director of Globalization, GoPro

“Marketing assets require the highest degree of localization, but equally important are the product UI and Customer support,” she said.

Supporting this endeavor is a tech stack that uses cross-functional automation, which Oliveira said includes localization quality assurance and localization engineering. “We also use a GMS tool for our localization workflow to ensure quality and consistency,” she added.

Asked how they measure translation quality, Oliveira said their biggest quality KPI was authenticity of marketing messaging: “are we communicating the GoPro voice in an authentic and accurate way?”

Challenges and Demands of the Future

Oliveira said their international growth will naturally lead to increased translation volume. She shared they are starting to consider machine translation (MT) for “very selected and specific content.” She added that while MT can be expected to drive translation costs down in the future, cost should not be the only focus.

“The advantage of MT when properly deployed is the speed in which content can be made available to audiences worldwide in particular for real time consumption,” she said. She commented that MT needs “much advancement” in terms of quality, however, expressing her interest in developments in the area within the next five years.

Asked about challenges she encountered in localization, she said the field is “still very unknown and misunderstood by many.”

“It is important that we elevate our role and contribution so we are viewed as strategic partners in global growth, as true revenue enablers—which we are—and not only as an executional or tactical function.”

“We still need to drive a lot of education and evangelization at all levels no matter which industry,” she said. “At times we lack a seat at the table or we are brought in too late. It is important that we elevate our role and contribution so we are viewed as strategic partners in global growth, as true revenue enablers—which we are—and not only as an executional or tactical function.”

Fortunately, the company appears to support Oliveira. “The GoPro Globalization team is fully aligned with the company’s business objectives,” she said. “We drive all aspects of globalization at GoPro from product localization to all facets of marketing transcreation; we are also strategically involved at the international marketing level. It’s full engagement with the entire ecosystem.​​​”