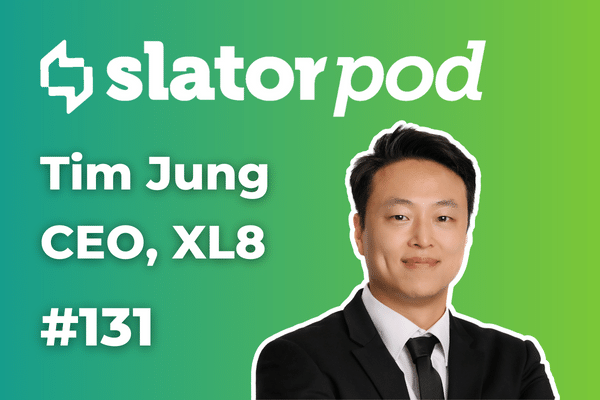 Tim Jung, CEO of XL8, joins SlatorPod to talk about the startup’s journey — from co-founding the media-focused machine translation company with former Apple Software Engineer, Jay Park, to raising a USD 3m bridge round in August 2022.

Tim discusses his experience working for Samsung and Google and how they have adopted an engineering-driven culture at XL8.

The CEO walks through their product MediaCAT, which allows users to streamline media localization workflows in three steps: sync, translate, and dub. XL8 also recently launched EventCAT, where users can interpret or add live subtitles for events through the power of AI.

Tim reveals some of the media-specific challenges of language automation, from speaker identification to generating subtitles by speech recognition. He tells us how the XL8 approach differs from big tech as it uses 100% human professional-curated data to train its MT engines.

The CEO talks about what they have gained from their partnership with Iyuno-SDI and the challenges of competing with big tech when hiring machine learning talent. The pod rounds off with XL8’s roadmap for 2023, including improving closed caption generation by working with companies that specialize in sound-effect recognition.

First up, Florian and Esther discuss the language industry news of the week, with the launch of Slator’s monthly Language Industry Data and News Briefing available to all Starter, Growth, Pro, and Enterprise subscribers.

The duo then talk about the performance of a handful of publicly-listed language service providers, including Honyaku Center, Appen, ZOO Digital, Keywords Studios, and RWS. Over in Switzerland, SaaS translation platform, Neur.on, which offers custom MT for law firms, legal publishers, and public authorities has announced an investment round of USD 1.6m.