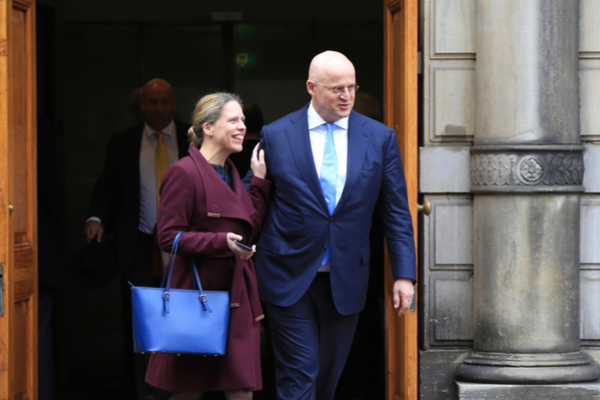 Back in October 2018, the Ministry of Justice and Security for the Netherlands (MJenV) released a contract notice for translation services for the Hague worth a total maximum of EUR 8m (USD 9.1m) over two years plus two possible one-year extensions, which are not guaranteed.

MJenV is a government ministry tasked with ensuring public order and safety, and the tender is made up of two lots: one worth EUR 6m (USD 6.9m) for the Council for Legal Aid, and another worth EUR 2m (USD 2.2m) to support employees working for the Nidos Foundation, Child Care and Protection Board, Violent Offenses Compensation Fund, and Dutch Council for Refugees.

The MJenV contract is an existing contract that was put out to tender again since the previous contract is expiring soon. The incumbent provider for Lot 1 is Livewords, the Netherlands’ biggest language service provider and a longstanding major supplier of translation services to the public sector.

Following a competitive process, with five tenders submitted, AVB Language Group was awarded Lot 1. Lot 2 went to the existing providers, SIGV Tolken en Vertalers Coöperatie U.A., a translators’ cooperative claiming to be specialists in the field of legal interpretation and translation services and able to work in virtually all languages ​​of the world in various fields, according to the company website.

Lot 1 involves translation of around nine million words per year across an estimated 10 to 12 thousand translation assignments. The smaller lot, Lot 2, is for translation of around three million words per year, across an estimated three to five thousand assignments. But the demand coming from the MJenV is highly unpredictable, and according to the supporting documents of the contract notice, fluctuations are to be expected “partly as a result of growth and contraction in the flow of refugees,” which is difficult to predict.

Isabella van Rooij, Director of ABV Language Group, told Slator that AVB will take over from Livewords on April 15, 2019 in servicing Lot 1 for the Council for Legal Aid. She added that the contract primarily involves translating from Arabic, Turkish, Farsi, and Tigrinya into Dutch, and that the company will also be required to provide translation from Dutch into a foreign language, “with English, Arabic, Turkish, and Polish making most of the volume.”

It has been a good start to 2019 for AVB, as van Rooij revealed that the company has also been awarded a separate contract for translation services worth EUR 4.5m (USD 5.1m). The contract, issued by the Netherlands’ Employee Insurance Agency (UWV) is set to start in March 2019 for a duration of four years, van Rooij said. And again, she said, AVB is poised to take over the servicing of the contract from current provider Livewords.

Explaining the nature of the UWV contract, van Rooij said it is “for the translation of (medical) documents mainly from multiple foreign languages into Dutch, but also vice versa. In 2017, there were over 8.5 million translated words. Polish is the most requested language with over 50% of the total volume. Only six languages make 80% of the volume, namely Polish, German, Norwegian, Spanish, Slovak, and French. Of course, the languages may vary over time.”

* Correction note: A previous version of this article incorrectly identified Livewords as the incumbent provider of Lot 2. The title and body of the article have been updated to correct this.

Hat tip to Isabella van Rooij from AVB for alerting us to this story.