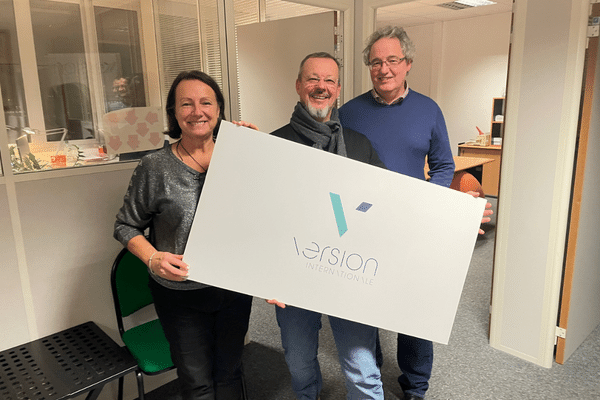 Stoquart’s CEO, Dimitri Stoquart, told Slator that the purchase price for Vi was around 5x adjusted EBITDA. “Both companies are profitable and generating free cash flow,” he said.

Stoquart also said consolidated revenues for 2022 are ca. USD 7m (excl. intercompany revenues), of which Vi accounted for around USD 1.8m. The combined company has a headcount of just below 70 FTEs and a “conservative target” of USD 7.5m for 2023 revenues.

Moving forward, Stoquart will own Lyon-based Version internationale along with its wholly-owned subsidiary in Barcelona, LnB. Other entities include Stoquart France in Valbonne, Stoquart sro in Prague, Stoquart Italia in Pontedera, and Stoquart Canada in Montreal, with the ultimate holding company being Stoquart SA (Belgium).

The CEO said “Version internationale will keep trading under its own name,” serving the same clients with the same team, while part of the operations will be integrated into Stoquart. The former owners of Vi, Françoise and Patrick Bajon, are leaving the business.

Years in the Making

Asked about the rationale behind the acquisition, Stoquart said the goal was to accelerate growth, reach a critical size more quickly to future-proof the company, and balance the client portfolio better.

Moreover, “we have a lot of in-house staff, and they need to see their company grow to feel secure, but also be proud of being part of a bigger adventure, serving great clients, and see their efforts pay,” he said.

According to Stoquart, he and Françoise Bajon had known each other for many years and the two companies had collaborated on some projects. “First discussions relating to a potential acquisition date back to 2018. It was rather informational at that stage, and, I would say, none of us was ready at the time,” he said.

Discussions were put on the back burner during Covid while the LSPs focused on other matters, but “our M&A strategy was clear and only slowed down,” Stoquart said. Moreover, although Stoquart was impacted by Covid, “we were able to maintain the same profitability all over the troublesome period, and we are now back to pre-covid sales figures and growing.”

Stoquart pointed out that the LSP won a major new account in 2022, while Vi has also just won a large new account and “2023 looks promising for the new larger group.”

Describing the company’s in-house linguist model, Stoquart said the LSP opted for the approach “long ago” because it allows for better control of deliverables and ensures consistency of service and customer relations. The model also accommodates the changing nature of projects (more but smaller), because these “may be tricky to outsource,” he said.

In terms of technology, the CEO said the two companies “use proprietary tools and platforms for translation project management,” which will be streamlined and integrated in the near future, as well as a variety of third-party translation productivity (CAT) tools. “We do a lot of MTPE,” Stoquart added.

On a sector basis, Stoquart’s key verticals are IT, life sciences, travel, and leisure, which involve a lot of marketing, transcreation, and copywriting. Geographically and linguistically, Stoquart observed that the company is “pretty strong on French-speaking markets,” thanks to its presence in France, Belgium, and Canada.

Asked to describe the market for translation in Stoquart’s country of headquarters, Stoquart said “Belgium is a small market with many contenders and three national languages. This explains why we have always been exporting more than 90% of our services before the acquisition.”