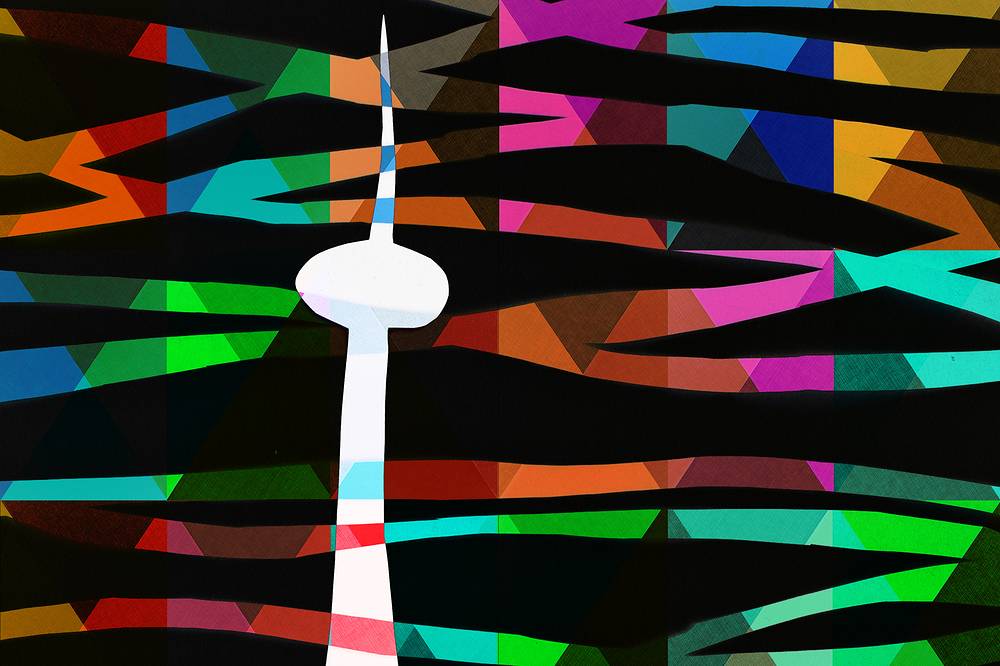 Poor but sexy. That is how Klaus Wowereit, former Mayor of Berlin, described his city in a 2004 TV interview. While Berlin’s sex appeal has only gotten stronger over the last 12 years, poor, the German capital is no longer. Some 27 years after reunification, construction cranes still dot the skyline and the city has become a magnet for global talent in search of their next big venture. By certain yardsticks, Berlin is the fastest growing startup ecosystem in the world.

After the Brexit vote, observers expect even more entrepreneurs to find Berlin an attractive option for building a startup or making it the location of their European base.

Others have also compared Berlin to Dublin, which has traditionally been where the big tech MNCs have located their European operations, mainly due to the tax advantage. Relatively speaking, Berlin is cheaper than Dublin to live in, has a hipper culture, and better public transportation and amenities. These factors appeal to a breed of new, high-growth tech companies and startups, as mentioned in a September 24, 2016 article in The Economist, which highlighted Berlin’s emergence as a technology hub. Perhaps this is why Kabam, a billion-dollar game developer, has decided to locate its Europe support services in Berlin, including its entire localization team.

Witnessing this transformation of Berlin over the last 20 years is text&form, a language service provider founded and based in the German capital. text&form prides itself on constant reinvention and innovation, just as Berlin has since the end of the Cold War. Established in 1996, just seven years after the Berlin wall came down, text&form now has 40 staff serving over 200 clients.

We were well poised to observe this tremendous growth in the tech industry in Berlin. We wouldn’t want to be anywhere else—Kim Harris, text&form co-Founder

“Back in 1996, when we founded the company, Berlin was just coming out of hibernation and there was only one other localization company. We started off doing software localization and then gradually expanded our services based on the needs of our customers; so we were well poised to observe this tremendous growth in the tech industry in Berlin. It’s been an exciting experience running a business in a city that has seen so much change. We wouldn’t want to be anywhere else,” said Kim Harris, a text&form co-Founder.

Berlin’s overnight transformation into a tech-startup hub in Europe could arguably be due to its culture as a city. As a Wall Street Journal article pointed out, “In the same way that openness attracted technology innovators to the San Francisco Bay Area and Seattle years ago, it has recently attracted some to Berlin.”

Berlin is well known as a city for its creative, artsy, and bohemian vibe. New residents from all over Europe continue to be added to the city’s population, making it cosmopolitan and diverse. Perhaps the best representation of Berlin’s character as a city comes from its 1,850 public playgrounds, many forged creatively out of war-torn buildings and ruins.

The playgrounds are unique and ingeniously designed, adapting to the ruins instead of being completely rebuilt. Embracing the architectural concept of adaptive reuse signifies Berlin’s transformation from war and economic sanctions to a city of reinvention. The children playing in them with innocent abandon and parents on nearby benches leisurely sipping coffee are symbols too of Berlin’s willingness to grow by taking risks alongside its people’s easygoing attitude.

Rents and wages are still relatively low in Berlin compared to other tech hubs like Silicon Valley and London; living costs in Berlin are 43% lower than in the British capital. Public transportation is reliable and its geographical location and travel connectivity to the rest of Europe make it ideal as a regional hub.

In 2015, there were 118 tech events in Berlin and there are no shortage of coworking spaces, incubators, and accelerators to cater to companies in their early phases. English is commonly used in the startup scene and the city’s population is pretty much pan-European. And, if it matters, beer is cheap!

However, not all of Berlin is perfect for entrepreneurship. Topping the complaints list is bureaucracy. Incorporating a company is not exactly a quick and easy process. What’s more, dealing with the regulatory and legal paperwork for VAT registration and employee taxes is notoriously difficult, requiring time, money, and professional help.

Banks still do not have friendly services for startups, while angels and venture capital investors are said to heavily favor proven business models and in-vogue software themes.

Having invented software-as-a-service, the tech economy has fully embraced the cloud. As a language service provider serving numerous technology clients, text&form has been innovating alongside its nimble customer base.

The company’s choice to offer a cloud-based customer portal is an example of how text&form has embraced the transition from locally installed software to a web-based interface where customers manage their localization projects. Embracing new technology has always been about improving and reinventing, just as Berlin has as a city, and text&form’s clients appreciate their innovative spirit.

Volker Hauß, Technical Editor at Contact Software GmbH, is one of text&form’s clients and uses their customer portal to manage localization projects. He said that “while we only recently started exploring the text&form customer portal, the benefits are obvious. The solution is very intuitive and geared toward streamlined processes.”

Hauß continues, “In addition to the secure data transfer options, I particularly enjoy the fact that customizable workflows help reduce the number of selectable options for various scenarios, turning the portal into an easy-to-use “less-is-more” solution. A coordinated project approval process eliminates ambiguities and, last but not least, all relevant quote, project, and invoicing information is readily available at the click of a button.”

With so many active tech startups in Berlin, the city is well positioned for growth as an innovative, hip entrepreneur hub

Just as Berlin’s startups have to be nimble to succeed, text&form works with a variety of translation management systems in addition to its cloud-based customer portal and proprietary terminology management tool.

“We understand that some of our clients have their own translation  processes and may want us to use their preferred solutions. Our agnostic and flexible approach has always been one of our greatest assets,” said Jenny Nilén, Marketing Manager at text&form.

text&form co-Founder Kim Harris remains upbeat about Berlin’s growing clout as a technology and localization center, pointing out that “with so many active tech startups in Berlin, the city is well positioned for growth as an innovative, hip entrepreneur hub. The desire for companies to succeed in other European markets and eventually go global can only be fulfilled if they offer their products and services in the languages of their new markets.”

“As a Berlin insider with a first-rate localization track record, text&form is in a unique position to meet this demand head on with its local knowledge and global reach,” she concluded.