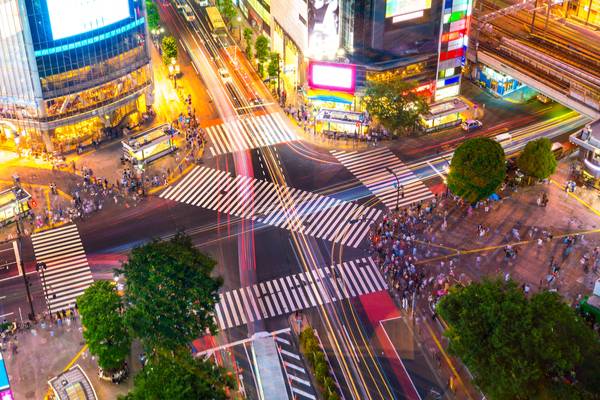 For international businesses looking for a comprehensive database of corporate information from Asia, Japan’s UZABASE has something to offer: business intelligence and customized industry research.

The nine-year-old company headquartered in Tokyo’s Shibuya district has been expanding geographically in the past three years, setting up offices in Hong Kong, Shanghai, Singapore, and Sri Lanka and increasingly getting multilingual.

UZABASE was launched in 2008 by two former UBS bankers and a systems consultant, who set out to challenge the Bloomberg Terminal, the financial industry’s de-facto standard for data and information sourcing.

The company listed on the Tokyo Stock Exchange in September 2016 and has seen its shares soar over 50% since the IPO. UZABASE’s current market capitalization is about USD 350m, making it one of Japan’s largest IPOs in 2016. Forbes named the company one of Japan’s top startups in 2016.

Overseas expansion drives growth in translation volumes for SPEEDA, UZABASE’s industry research platform that supplies corporate information to investment and consulting firms in the region as well as Fortune 500 companies.

Yiqing Wang, Associate Director of the Translation Team and UZABASE, told Slator that the company’s in-house translation team of six is primarily involved in the translation of industry reports covering 560 industry segments and many countries and regions.

These reports include corporate data such as financial information, stock market data, and M&A deals, business and industry analysis, and even private company data which are otherwise difficult to obtain.

The top source and target languages are Japanese and English (in both directions), with Chinese (traditional and simplified) sometimes involved on an ad-hoc basis, according to Wang.

She added, “In addition, we handle a manifold of ad-hoc translation requests from other teams, and the types of documents we translate range from marketing and business proposals, public relations materials, user manuals, and guidelines, to accounting and legal documents.”

As the company explores more countries and regions to cover, Wang said she sees translation volumes increasing in the mid- to long-term, given the substantial amount of content provided in single languages (primarily for Southeast Asian countries), and the likelihood of developing a Chinese-language service for the Greater China region.

In February 2015, for example, UZABASE partnered with Euromonitor International to provide over 2,000 Asia-Pacific market reports. In July 2013, UZABASE also introduced NewsPicks, a business news reading, sharing service, which it spun off into NewsPicks Inc. in 2015. In May 2017, it partnered with Dow Jones & Company to launch the service in the US.

“The NewsPicks enterprise currently provides content only in Japanese and does not require a large amount of translation. However, with its advancement into the US market, we expect there might be need to translate original articles composed by in-house editors and analysts in Japanese into English in future,” said Wang.

Looking into Deploying a TMS

At present, the translation team is an organic and in-house unit at UZABASE, with all procedures from translation to cross-checking and publishing all completed by its own translators, according to Wang.

“Human translation and efforts are still required when the source text is ambiguous or sophisticated in grammatical structure” — Yiqing Wang, Associate Director, Translation Team at UZABASE

The only time it outsources translation work to language service providers (LSPs) is when there is a massive amount of translation.

To maintain quality, Wang said the primary parameters they look at are accuracy, attention-to-detail, and grammar.

“We require translators to do substantial research when translating industry- and region-specific terms, and modify the target text in a way that is more understandable to readers. We also hold seminars to discuss matters, concerns, and common mistakes that occur during regular translation works,” she explained.

She added, “We are looking into introducing translation software to boost translation productivity and reduce mistakes, but as of now we are not using any computer assisted tools (CAT) or translation management software (TMS).”

Ambiguous or Sophisticated in Grammatical Structure

She explained that these tools will likely “become capable of translating source texts that involve a significant amount of fixed language patterns and numeric values, such as legal documents and financial reports, with a high accuracy level.”

“They certainly have the advantages of reducing human errors and processing translation at a faster speed. However, human translation and efforts are still required when the source text is ambiguous or sophisticated in grammatical structure, or when the target text needs to be modified with more diversified word choice and become more appealing to readers, among other situations,” Wang concluded.

Editor’s Note: This article was updated to correct NewsPicks launch date to 2013, not April 2015 as we earlier reported.