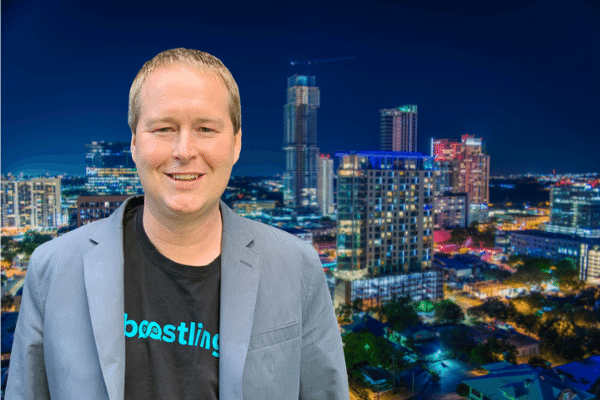 Bryan Forrester, CEO of Boostlingo, told Slator the acquisitions came on the heels of “record growth in 2021.” (Staff count doubled in the past year.) But Forrester declined to share any specific revenue metrics. Details of the previous ownership structures of the two companies as well as purchase prices and multiples paid by Boostlingo also remain undisclosed.

Forrester said the companies were both known to Boostlingo prior to initial discussions, which helped make “these final few weeks of planning a collaborative process.”

Moving forward, the VoiceBoxer product and Interpreter Intelligence platform will be offered as Boostlingo products, with both brands being retained over the short-term. Forrester said the longer-term plan is to “incorporate the best of all three products.”

RSI for the Enterprise, On-Demand Scheduling

Discussing the rationale behind buying VoiceBoxer, which was founded in 2013, Forrester said “we knew to remain competitive in an enterprise marketplace, an RSI solution had to be part of our offerings.”

“Rather than building a tool from scratch, we decided partnering with VoiceBoxer would be the best way forward for both organizations,” Forrester said; adding that, with VoiceBoxer, “our platform will have options for video, phone, on-demand, and [RSI]  for interpretation delivery.”

The logic of buy rather than build also held true for Interpreter Intelligence. Forrester explained that although Boostlingo’s product roadmap had included improving and adding both scheduling and remote interpretation features, “working on both solutions within our platform would have stretched our resources too thin.”

The two companies serve a similar customer base to Boostlingo’s, with Forrester identifying the overlap between Boostlingo, VoiceBoxer, and Interpreter Intelligence as being a market of language service providers (LSPs).

“There are also use cases for end-users who require [RSI] as a part of their overall language access strategy,” he said. VoiceBoxer also works with Fortune 1000, multinationals, and global organizations, while Interpreter Intelligence counts healthcare, education, and government sector users among its non-LSP client base.

The VoiceBoxer deal sees Boostlingo gain a presence in Europe (Denmark). Forrester expressed excitement about “the possibility of boots on the ground in the European market,” which he said differs from the US in a number of ways.

For example, in the EU, “decisions occur largely via tenders at a larger level” (e.g., in government, healthcare, and education), while in the US more contracts are decided by smaller bidding processes.

As for the supply-side fragmentation that exists across the global market for interpreting, Forrester pointed out an upside: “Fragmentation creates opportunity for smaller players and increases competition.”

In fact, he said, Boostlingo enables these smaller players to compete on a global level through its platform, while also bridging technology gaps — meaning LSPs can deliver all of the various modes of interpreting (e.g., OPI, VRI, on-demand, RSI) to their clients through Boostlingo.

The near-term priority for Boostlingo will be integrating VoiceBoxer and Interpreter Intelligence and growth for the combined organization. “We will continue to consider M&A options moving forward as we grow,” Forrester said.