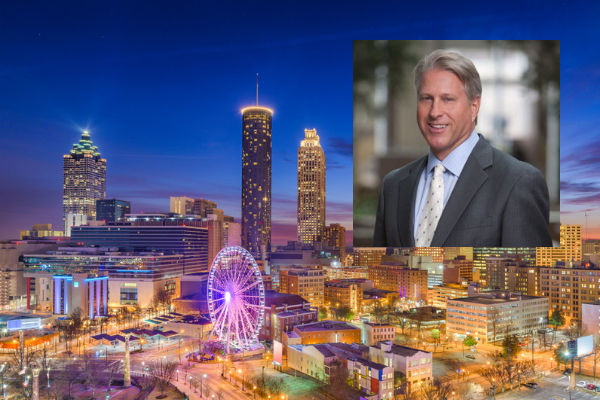 Jeff Brink is back. In a big way. The language industry veteran is set to become a significant player in the ongoing consolidation among language service providers (LSPs) after partnering with an Atlanta-based private equity firm to execute a buy-and-build strategy.

If it all sounds familiar, that is because Minnesota-based Brink is using the same playbook he did three years ago, when he founded what is now United Language Group (ULG).

In mid-2016, Brink teamed up with PE firm Northern Pacific Group in a deal that would unravel in spectacular fashion only eight weeks after closing. Recriminations were made, lawsuits were filed, and the parties eventually settled on undisclosed terms in 2017.

This time, things will be different, Brink told Slator in a phone interview. “I ran a thorough process and looked at PE firms and family offices all over the country,” he said.

In Atlanta-based MSouth Equity Partners, Brink said he found what he was looking for, highlighting the strong operating experience of the PE firm’s partners and their background as entrepreneurs. “It’s not very common to have that mix of talent,” Brink said.

MSouth is a lower-middle-market PE firm with over USD 2.2bn in assets under management across four funds. In May 2018, the company raised USD 940m for its fourth fund.

Brink’s new project? A company called Big Language Solutions, under whose umbrella Brink and MSouth plan to “assemble a portfolio of high-performing and complementary language service providers.” Big Language Solutions will be headquartered in Atlanta and Brink will act as the company’s CEO.

Brink’s first deal? Miami-based Protranslating, an LSP with annual revenues of around USD 25m, founded in 1973, and led by Luis R. de la Vega, son of company founder Dr. Luis A. de la Vega. The deal closed on June 21, 2019. De la Vega will stay on post-acquisition, continue to lead the Protranslating business, and report to Brink. The terms of the deal were not disclosed.

Protranslating is a generalist LSP, which generates the bulk of its revenues from translation services but also runs a sizeable interpreting business. The majority of Protranslating’s staff is based in Florida. The company has an operations hub in Argentina and offices in Los Angeles and the UK.

“I believe the timing is good to aggregate small to medium-size LSPs because rapid technology advancements are making it increasingly difficult for these companies to compete on their own” — Jeff Brink, CEO, Big Language Solutions

Brink is convinced he found the right platform from which to launch a buy-and-build strategy, praising Protranslating’s “technology, operational prowess and low-cost operational hubs.” He also promised to “invest heavily in Protranslating on top of the impressive platform already in place.”

According to Brink, Protranslating has developed a proprietary translation management system (TMS) and is in the process of developing its own translation productivity tool (a.k.a. CAT). This aligns with Brink’s technology strategy, which is to build rather than buy: “We plan to be independent in terms of technology, and in control.”

Brink continued, “With Big Language Solutions in conjunction with MSouth, we’ll own these entities, the first one being Protranslating. We’re thoughtfully building a world-class C-level team, and plan to have key hires in place by year end.”

Brink said the new company will focus on “regulated industries and high value content areas,” such as Life Sciences, Legal, Financial, and Advanced Manufacturing because “as we look long-term, the impact of NMT there will be less pervasive.”

Regulated industries, of course, are a battleground for the giants and highly competitive; not only for attracting clients but also for suitable acquisition targets. The world’s largest LSP by revenue, TransPerfect, dominates in areas such as life sciences and legal, and is ready for acquisition after a recent debt refinancing. SDL has made it a strategic priority to grow in premium verticals. RWS, too, will continue trying to grow its life sciences business.

Winning Over the Owners

To woo potential targets, Brink is confident he has a winning formula. “Owners are most interested in maximizing their exit monetization and we’ve got a unique model, which allows them to take lots of money off the table, yet stay involved and share in the success of the overarching organization. We aim to create win-win deals.”

While Brink agrees the M&A environment is “reasonably competitive” at this time, he said they have been “successful in getting LOIs and winning deals as evidenced by the Protranslating deal.” [Protranslating] had multiple suitors when we engaged in discussions, but ultimately chose to become a BIG company because of our compelling approach.”

He added, “I believe the timing is good to aggregate small to medium-size LSPs because rapid technology advancements are making it increasingly difficult for these companies to compete on their own, and some owners are uncertain what the technology landscape will look like several years out. There’s a whole generation of LSP business owners who have built nice lifestyle businesses that have morphed into something larger, and now they’re trying to determine how and when to exit.”

Brink said they have the funding necessary to move fast. “In terms of deal size, we are primarily targeting small to mid-sized companies and don’t envision buying a top-10 LSP. However, we have the resources to do very large deals if the fit is exceptional and the numbers work.”

Asked about how many deals he expects to close in the short to mid-term, Brink replied, “The plan is to close on, at least, one other significant acquisition in 2019, possibly two. By the end of 2020, ideally, we would have a total of five or six under our belt.”