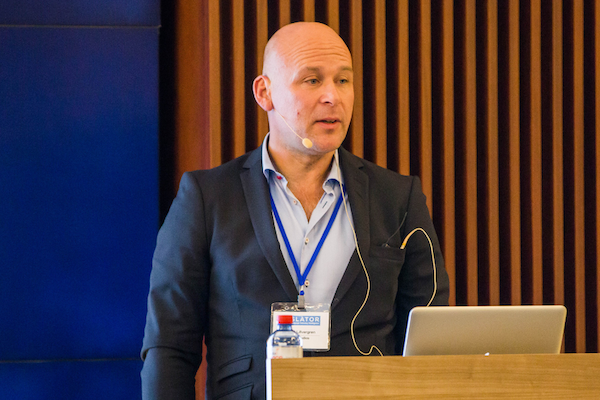 Just eight months ago, Björn Lifvergren stepped down from the CEO position at the company he founded more than 20 years earlier in 1995. In September 2018, Lifvergren relinquished the reins to BTI Studios — which has since grown to become one of the biggest media localizers globally — to take up a seat on the Board of Directors, as BTI appointed Shaun Gregory to the CEO role.

At the time, Lifvergren told Slator that, “with new, well-backed owners and a solid growth plan for BTI in place, this is the perfect time for me to pass the baton to Shaun.”

BTI is owned by private equity firms Altor and Shamrock Capital. While serving on the Board, Lifvergren led several acquisitions of dubbing studios in Italy, Germany, and the Netherlands.

Fast forward a few months to May 2, 2019 and Lifvergren announced his immediate departure from BTI. In a post published on Lifvergren’s website and on LinkedIn, Lifvergren said he is “stepping down from the Board of Directors of BTI Studios with immediate effect [sic]” and is also severing the ties of his consulting agreement with BTI.

In the post entitled “Founder Björn Lifvergren [ends] roles with BTI Studios!,” Lifvergren wrote: “I accepted the role as non-executive director with BTI Studios, against my better judgement. I’ve always said that former CEO’s should not join the BoD. It will limit the new CEO, and sometimes will allow him or her not to take full accountability of the business.”

“BTI Studios is taking a new course with the new management, that I do not support, as a result I’m taking the consequences and am leaving the board” — Björn Lifvergren, Founder, BTI Studios

Moreover, he added, “BTI Studios is taking a new course with the new management, that I do not support, as a result I’m taking the consequences and am leaving the board.” Slator contacted Lifvergren to ask what the “new course” was that he does not support. Lifvergren said he had “no further comments.”

Slator also asked BTI Studios for a comment on Lifvergren’s departure. Shaun Gregory, CEO of BTI Studios, told Slator, “This week BTI announced a new Global Leadership Team, which will drive our transformation into a truly global, customer-centric company. This is a natural point for Björn to step down from the Board of Directors.”

The new leadership announcement has not been made public as yet and Slator will provide follow-up coverage.

“I would like to thank Björn for his years at BTI and wish him all the best for the future. He will always be part of the BTI family and remains a shareholder” — Shaun Gregory, CEO, BTI Studios

Gregory went on to say that “[Lifvergren] has done a tremendous job in building BTI from a small Swedish subtitling company into a leading media localizer with 25 facilities around the world.”

The BTI Studios CEO added, “I would like to thank Björn for his years at BTI and wish him all the best for the future. He will always be part of the BTI family and remains a shareholder.”

Lifvergren said in the same post that he is considering “opportunities within startup companies, [which] are looking into an international growth phase. I will also look to support business owners and management teams in expanding and growing their businesses, as well as to maximize value, when they are looking to make an exit.”

He has since added to his LinkedIn profile the new role of “Chairman of the Board of Directors at Nenda,” a broadcast media startup founded in Sweden in 2019.