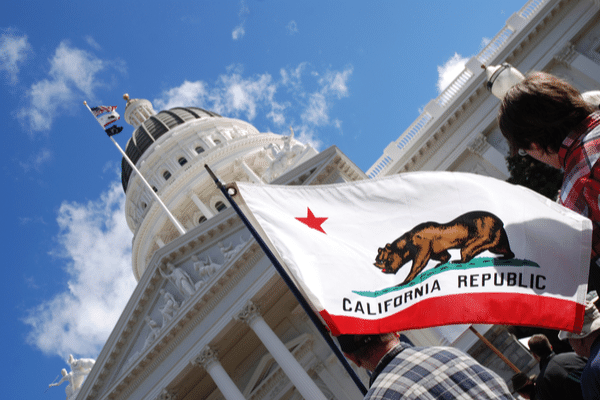 With a California labor union’s blessing, court interpreters started a walkout on March 11, 2022 in response to stalled contract negotiations over wage increases.

The union, the California Federation of Interpreters (CFI), said in a press release: “Our system fails to fulfill its promise of justice for all when we don’t adequately compensate and support our interpreters.”

The State of California is divided into four regional bargaining units, and the CFI represents more than 900 interpreters employed in the state courts. This strike applies to Region 2, which runs along the state’s western coast and includes Marin, San Francisco, Monterey, Sonoma, and Napa counties.

CFI Secretary-Treasurer Carmen Ramos, in a March 11, 2022 email to Alan Carlson, Region 2 Courts Administrative Chair, wrote that the “work actions” would take place “in light of the Region’s failure to provide any wage increase at all during our current contract negotiations.”

The threat of a potential strike was reported by the local press in November 2021, as the State Employee Relations Board investigated interpreters’ accusations of unfair labor practices. During the judicial labor hearing, the union lawyer said the court’s attorney suggested using an app to replace court interpreters.

According to the CFI, interpreters do not present an additional expense to courts because the Governor and Legislature continuously replenish the budget allocated for interpreter expenditures, from which state courts receive full reimbursement.

In FY 2021–22, the Governor and Legislature earmarked USD 132m for language access-related reimbursement, plus a USD 30m grant to support interpreter recruitment.

Not including the recruitment grant, Region 2 courts have over USD 14m in combined unspent funds from their FY 2021–22 annual allocation. CFI expects Region 2 courts to receive another lump sum in July 2022 to cover interpreter expenses for the new fiscal year; likely similar to or higher than the figure allocated for FY 2021–22.

“The money is there,” the CFI press release pointed out. “However, courts refuse to make interpreting a viable profession.”

The CFI reported that Region 2 staff interpreter earnings — which have not been raised or adjusted for cost of living since 2017 — are “within the low income level.”

The most recent agreement between the CFI and Region 2 superior courts, in effect from September 2017 to September 2020, shows that interpreters’ base-pay rates vary based on hiring dates and length of continuous employment by the courts. Hourly rates range from USD 36.74, for Step 1 interpreters, to USD 44.66 for Step 5 interpreters.

The CFI argued that certified interpreters earn significantly less working for state courts than they do in other sectors. Moreover, pay for court interpreters “lags behind salaries of other court professionals with comparable level[s] of education and specialized skill sets.”

The perception of interpreters as highly trained professionals was a major component of the argument put forth by the Coalition of Practicing Translators and Interpreters of California (CoPTIC) in its fight for exemption to “gig worker” bill AB 5.

Ultimately, in August 2020, the State Senate approved amendment AB 2557, which exempted interpreters (under referral agencies) and translators (under professional services).