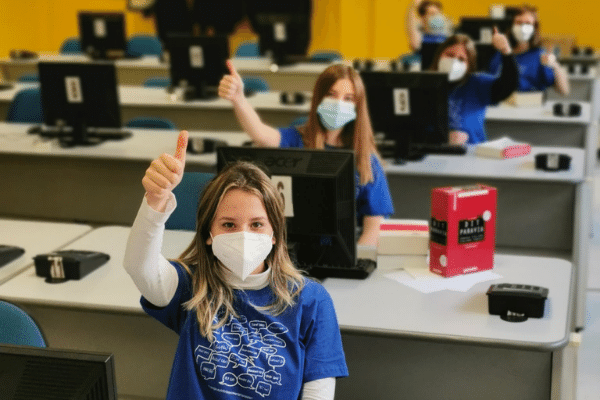 “Digital archaeologists find occasional gems in the vast European information repository. Taken from the mountain of uncatalogued ephemera…” — so read the first lines of the English source text for translation in the European Commission’s annual competition, Juvenes Translatores.

The document seen by Slator comprises 421 words in English, (fancifully) attributed to an archaeological report dated three quarters of a century into the future. The 27 young translators who bested 2,770 others in translating the challenging text were named by the EC on March 11, 2021.

Students are given the option of selecting any language pair from the EU’s 24 official languages. Participating students in the 14th Juvenes Translatores, used 150 out of 552 possible language combinations.

The number of participating schools (a total of 664 in this edition) allowed for each country is equal to the number of parliamentary seats that country has, and schools are selected randomly by computer.

The 2020–2021 Juvenes Translatores drew 2,797 students from 664 schools, much less than previous editions before Covid, which typically drew north of 3,000 students from over 700 schools.

Johannes Hahn, European Commissioner for Budget and Administration, lauded the students “who took up the translation challenge in such difficult circumstances,” and the teachers who organized the competition “right in the midst of online teaching.”

Nathan Anthony Pace of Malta was among the two who scored highest (39/40), translating from English into Maltese such sentences as “There was not a breath of wind as we drifted downstream, sometimes passing an angler staring intently at his float, or a group of children paddling”; or “Dinner was hearty — fine by me as I had worked up a ravenous appetite. But soon I felt my eyelids drooping and excused myself.”

Matching Pace’s top score was Emilija Makaravičiūtė of Lithuania, who translated from German into Lithuanian, prevailing over 44 other students from 11 schools in her country.

Italy continues to hold the top spot, as in previous years, in terms of number of participating students (371). Germany (267), however, has ceded the No. 2 spot to France (331) this year.

In the previous edition, the UK dislodged France from the top three, bidding the EU adieu the day after winners were named last year. Meanwhile, Spain tied Germany as the third most competitive country with 267 students also participating in this latest leg.