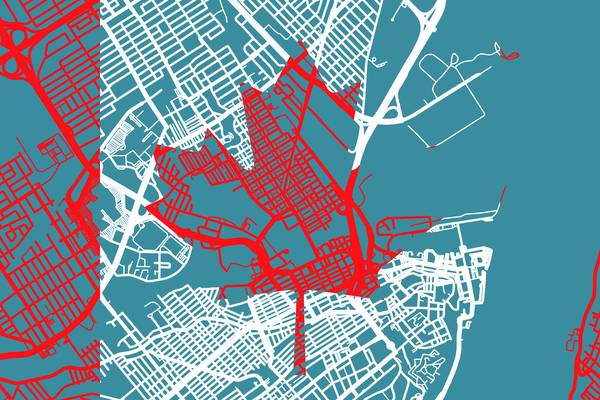 Language service procurement in government continues to be a prickly issue. First a number of language service providers (LSPs) filed cases in market court over the way Finland’s central procurement agency handled an interpretation tender. And then a similar thing happened half a world away when a Maryland-based LSP filed a complaint over the way a US government procurement agency ran the tender for the supply of linguists to the Air Force. Now, it’s Canada’s turn.

The Canada Revenue Agency (CRA) uses the services of an LSP to, each year, translate close to 18 million words on average. Until recently, that LSP was the Masha Krupp Translation Group, the tax agency’s contractor since 2004. (The CRA runs its own tenders and does not rely on Canada’s Translation Bureau, which handles 80% of the federal government’s translation volume.)

According to a report in the Ottawa Citizen, the CRA accounted for close to CAD 4m, roughly more than 25% of Masha Krupp’s yearly revenues.

No surprise, therefore, that when the CRA chose another LSP in late 2016, Masha Krupp kicked up a storm by filing a protest before the Canadian International Trade Tribunal, the country’s quasi-judicial arbiter for government procurement issues and other matters.

In October 2016, the CRA announced it had awarded CLS Lexi-tech with the CAD 8.6m contract for translation and editing services to be carried out over two years, plus five extensions of one year each — a contract valued at CAD 35m (USD 25.6m) over seven years, according to case documents.

Masha Krupp earned CAD 7.2m during the last two years of its CRA contract, according to the Ottawa Citizen article, which said the company could have had an advantage over CLS Lexi-tech on price. According to the original tender documents, however, the winning bidder would be selected based on technical merit (50%) and price (50%).

In its complaint to the Canadian International Trade Tribunal, Masha Krupp chose to home in on the technical merit criteria, saying the CRA had used an evaluation inconsistent with the RFP and had introduced “an unfair element of subjectivity” in awarding the contract to a non-compliant bidder.

Masha Krupp claimed “it was obvious and common knowledge in the translation industry that CLS Lexi-tech could not have met the mandatory requirements of having 25 qualified in-house translators to complete the CRA’s translation work” in its complaint to the Tribunal. To support the claim, Masha Krupp said that within three hours of being advised that it had won the contract, CLS Lexi-tech “e-mailed” one of Masha Krupp’s senior translators trying to get her to leave her employment.

The Trade Tribunal called this claim of Masha Krupp’s unsubstantiated. On the contrary, “CLS supplied detailed and compelling information” that it could deliver on the RFP, the Tribunal said. It also found no connection between CLS contacting a Masha Krupp employee (i.e., through LinkedIn with neither a résumé request nor project specifics) and a violation of trade agreements.

Masha Krupp also noted how it was “highly unusual” that all three of its references could not confirm they had been contacted by the CRA, a requirement of the RFP. But the CRA produced an e-mail trail for the reference checks as well as e-mail messages from Masha Krupp’s three references confirming that, “upon reflection,” they were indeed contacted.

Masha Krupp retracted this claim and described the inability of their references to initially confirm they were, in fact, contacted by the CRA as merely “coincidental”; and the Tribunal ruled this claim invalid.

In the third part of its complaint, Masha Krupp was finally able to latch onto a detail that resulted in a more favorable ruling.

Masha Krupp claimed the CRA was subjective in its evaluation process and “bidders were not treated equally.” The Tribunal agreed with this claim, pointing to the so-called evaluation grids that showed CLS Lexi-tech being awarded half points, while Masha Krupp was not.

The CRA, explained the Tribunal, had “altered the integrity of the exercise by prompting half-point answers when conducting reference checks when the option to award half points was clearly not provided for by the RFP.”

The Tribunal, therefore, said the CRA’s actions had “compromised the evaluation beyond repair” and found this part of Masha Krupp’s complaint valid.

As a remedy, Masha Krupp requested the Tribunal to ask the CRA to do any of the following: award Masha Krupp the contract, compensate the company for lost profits, re-evaluate the bids, or re-tender the contract.

On April 21, 2017, the Tribunal published its recommendation: That the CRA re-open the RFP and set a date for re-tendering by April 24; but that the current contract stay with CLS Lexi-tech until a new contract is awarded.

The Tribunal further recommended that Masha Krupp and another bidder be compensated for lost profits.

Dissatisfied with the ruling, the CRA fired back by elevating the case to the Federal Court of Appeals, accusing the Tribunal of overstepping its jurisdiction. The appeal has locked things in a holding pattern as the court deliberates the issue.