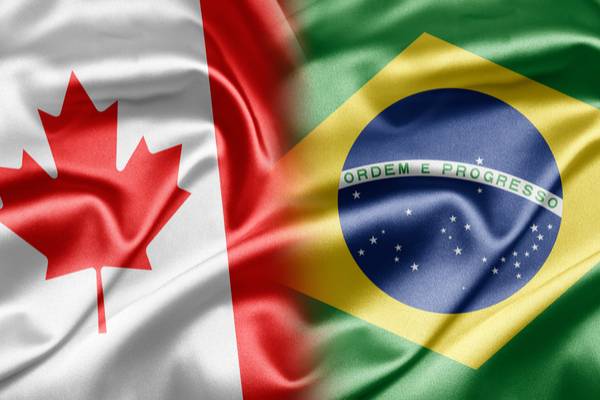 Montréal-based language service provider OXO Translations, has acquired the Ccaps group of companies to expand geographically. Ccaps comprised two Brazil-based entities and one US-based entity. The terms of the deal were not disclosed.

According to a spokesperson for OXO who Slator reached out to, the company was looking for a suitable acquisition target and “started browsing the market.” OXO had managed to double its revenue for three years straight but then “felt it would be hard to continue to grow at this pace organically.” Ccaps was introduced to OXO by Michael Klinger from Anzu Global, who was also the broker behind the merger.

Through Ccaps, OXO is gaining access to the Latin American market and expanding its footprint beyond North America. According to OXO, there is no client overlap since the two companies have been operating in different markets and serving different client bases, meaning there is also an opportunity to cross sell.

OXO mainly services mid-market and enterprise clients as well as startups with an emphasis on legal translations. Ccaps, by contrast, is primarily focused on “marketing, software and multimedia localization for global enterprise clients like Airbnb, Oracle and SAP,” OXO told Slator.

“We had to standardize workflows, titles, job descriptions and even how we named tasks.”

While the markets and customer bases were different for the companies prior to the acquisition, OXO and Ccaps were also very different operationally. Integrating the two teams has been the most challenging aspect of the integration, OXO said. “We had to standardize workflows, titles, job descriptions and even how we named tasks” the OXO spokesperson explained. OXO also confirmed that the new company will have “42 employees, of which 80% are part of the production team.”

Advocates for MT and “Premium” Translations

OXO will now begin to invest more in technology and add more language pairs to its service offering. The new company plans to target “corporate marketing teams in all major technology corporations,” the OXO spokesperson said. OXO also says that they have an “established presence in Toronto and are reaching out to more demanding clients who are willing to pay premium for better qualified partners.”

Asked about how the rapid advance in machine translation is impacting business, the OXO spokesperson commented that “as early adopters of neural MT and strong advocates of premium translations, we see the value in letting the machine do the boring work and leave for the experts what makes human.” OXO will therefore focus on workflow improvements through technology to shorten turn-around times and bring economies of scale.

“As early adopters of neural MT and strong advocates of premium translations, we see the value in letting the machine do the boring work and leave for the experts what makes human.”

The two companies will both operate under the OXO banner, which is being renamed from OXO Translations to OXO Innovation. Charles Lespérance will remain as CEO of OXO and André Beauchesne will stay on as Chairman of the Board. Ccaps founder Fabiano Cid, who before the sale held a majority stake in the company, is now a shareholder in the combined firm and remain as COO. Marco Simões, Ccaps minority shareholder and long-standing partner, will leave the group.

Philippe-Olivier Daniel, from Podlegal Inc. and Carolina Azevedo, from Accioly & Pizoeiro Advogados, were the legal advisors for the Canadian and Brazilian companies, respectively. The deal closed in early Q3 2018 and the integration process will be completed by the end of 2018.

OXO is now forecasting an increase in combined revenue of “more than 80% in 2018” vs 2017. The spokesperson declined to provide revenue numbers, however. Over the next two years, OXO says the company is set on expanding its language service offering to become more global, leveraging the technology investments, and achieving full integration to “get ready for the next mergers or acquisitions.”