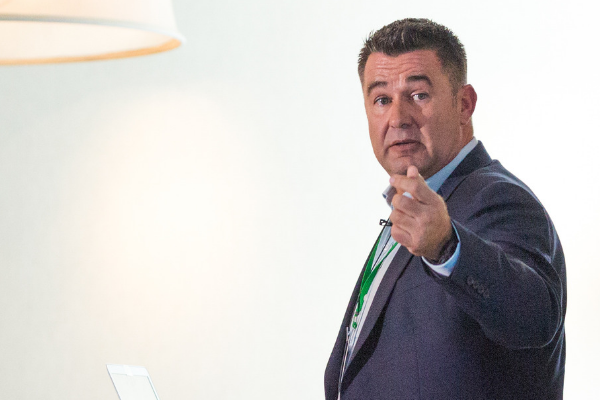 SDL said Donnelley Language Solutions (DLS), which was acquired in July 2018 for USD 77.5m and has since been rebranded, contributed GBP 27.8m and adjusted operating profit of GBP 1.8m to overall revenue.

Language Services’ gross margin widened to 42.0% (FY 2017: 40.5%), including the impact of the DLS acquisition. Excluding DLS, the gross margin was 42.5%. DLS’ gross margins were somewhat lower than SDL’s.

Shares barely reacted to the announcement as the results were in line with guidance provided in a January 2019 trading update. Analysts from brokerage firm Numis wrote in an investor note that SDL’s full-year results “show the good progress achieved by the group against its transformation plan.”

Slator discussed the results with SDL CEO Adolfo Hernandez. According to Hernandez, the integration of DLS is going well and achieving synergies without any major staff cuts. “It’s been a lot of infrastructure. There’s been some office re-negotiations, some backend integrations — in short, the usual,” he said when asked about cost efficiencies as a result of the acquisition.

To expand margins, SDL is gradually moving DLS over to its own operating model. “We’ll use our in-house linguists and, where possible, we’ll use machine translation post-edit,” Hernandez explained.

DLS is also being transitioned onto SDL’s new Helix platform, “a business process automation platform, which is designed to reduce the administrative burden of project and translation processes and to improve real-time data insights,” the announcement said.

Helix is also used to increase the utilization of SDL’s more than 1,000 in-house linguists, which improved to 57% in 2018 from 53% the year before.

Machine translation post-editing or what is now increasingly referred to as “human-in-the-loop” translation is another major productivity lever, of course; and a number of small to medium LSPs are aggressively shifting to MT-based production models.

Hernandez said that, while they are also transitioning to MT-based models, the large variety of content types, as well as the numerous regulatory and quality requirements of large enterprise clients, mean the transition is more complex than for small, focused LSPs.

According to Hernandez, “We have a broad spectrum from a post-edit perspective. Post-editing today is about 35% of the business. And it is a mix. There are languages where we do around 50% of post-editing and there are some languages still in the single digits due to the availability of neural machine translation (or lack thereof) in those languages. We do a lot more in life sciences, financial services, and others that lends itself less. In other areas like fund management, clinical labelling, we use less machine translation.”

SDL continues to launch new products or families of products to add to its already vast (and slightly bewildering) range of offerings. One such product line is SDL’s new Linguistic Artificial Intelligence (AI) and SDL Content Assistant products, which combine everything from automated content creation to keyword recognition, entity extraction, and sentiment analysis.

SDL also said it was going to integrate its flagship SDL Trados productivity software into its Language Cloud. Hernandez said the vision is to eventually move everything to a “cloud environment: content creation, content translation, project management, budgeting, quality, passing on to an LSP, and more. It’s a very interesting project we’ve been working on.”

Another new tool came with the DLS acquisition, which brought translation management system (TMS) MultiTrans under the SDL umbrella. While at the time of the DLS acquisition MultiTrans’ fate had yet to be decided, Hernandez now says that “Multitrans is technically getting a second life. It’s been released recently, it already feels like an SDL product, and it’s already integrating with our machine translation. We also launched a new mobile application, so they allow project managers and our customers to work on the move.”

As big tech companies aggressively push into the market for customized machine translation, SDL’s announcement that its machine translation revenues contracted by 8% in 2018 is particularly interesting. While SDL offers one of the most sophisticated MT product ranges with on-premise and cloud products both available, it appears that the NMT boom has made the environment exceptionally competitive and numerous other players are competing in this fast-expanding market.

SDL explained the drop by saying that NMT for the enterprise market “is a new product, not an extension of earlier flavours of Machine Translation” and “the disappointing sales in 2018 are partly a result of this market transition.”

In SDL’s core translation management and productivity business, the company will have to fend off competing bids for its large European Union contract this year. The EU recently launched a renewal RFP for its translation productivity tool with SDL as the incumbent. Asked to comment on the RFP, Hernandez said the EU has, traditionally, been a good customer and that it was normal for a client to reevaluate their options from time to time. “We’re going to put our best foot forward,” the CEO emphasized.

On M&A, Hernandez repeated his often stated strategy of only looking at targets that are complementary and add value. “They have to make a lot of sense and then we will integrate them well, like what we’ve done with DLS.”

Finally, a potentially imminent Brexit does not appear to keep Hernandez awake at night. “We have a very diversified business. We have a lot of diversified customers and a lot of diversified geography. So different areas are exposed to Brexit differently. But we only do 11% of our revenue in the United Kingdom,” he said, adding that they are prepared for the worst but hope for the best.