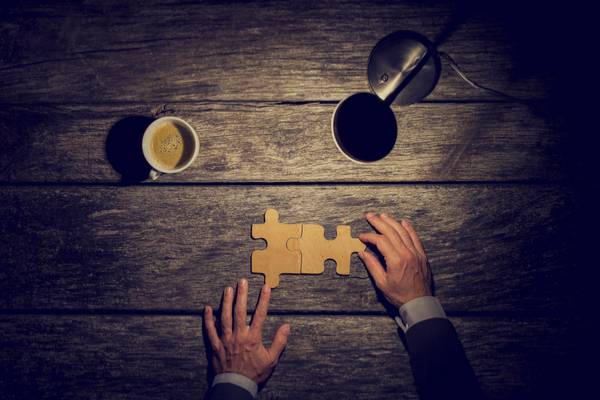 On October 4, 2017, Poland-based Argos Multilingual published a press release on Slator announcing it had acquired US-based ENLASO. A few weeks after the deal had closed, we caught up with Argos CEO Kimon Fountoukidis to discuss the acquisition and his plans for the combined company.

Like so many language industry entrepreneurs, American-born Fountoukidis entered the industry more by accident than design. “I moved to Poland 23 or 24 years ago for no reason other than I am entrepreneurial. Back then, I had just graduated college and Eastern Europe was opening up. So I gave it a shot. I learned the language and ended up translating to pay the bills but was mostly focusing on other things.”

The side project soon turned into a sizeable business. One of the catalysts was a USD 50,000 job from SDL. Fountoukidis says he quickly realized there was an opportunity to have a base in relatively low-cost Poland and sell into higher-cost countries.

“I learned the language and ended up translating to pay the bills” — Kimon Fountoukidis, CEO, Argos Multilingual

Initially, the company’s clients were mostly large language service providers (LSPs) in need of a subcontractor for Polish. Over time, however, the model shifted away from LSPs to direct end-clients. Fountoukidis stresses they are now “100% direct.”

Fountoukidis says Argos mainly works in three verticals. “Life science is our biggest strength. Second is industrial manufacturing – machines, things with engines basically. And the third I would broadly call it IT – software applications, business intelligence, etc.,” he says.

Prior to the acquisition of ENLASO, Argos generated revenues of around USD 15m per year, according to Fountoukidis. Including ENLASO’s roughly USD 5m, Argos is going into 2018 at a USD 20m revenue run rate. In terms of headcount, ENLASO brings 17 FTEs to Argos’ 130.

Argos generates a healthy 13-18% EBITDA margin, says Fountoukidis, which places the company in the upper range of language industry profitability.

ENLASO was not the first acquisition for Argos. In 2014, the company bought SH3, a Kansas-based LSP, which was, interestingly, Argos’ biggest client at the time.

SH3 had a big client concentration in one account, which, according to Fountoukidis made up around 70% of the business.

Fountoukidis says the bidding was competitive with two other major language service providers in the mix. The CEO says he thinks Argos’ bid was not the highest but remembers there was good chemistry between the companies. “The other (LSPs) were really just gunning for the largest SH3 accounts. They weren’t interested in the rest of the business.”

After the SH3 deal, Fountoukidis says he stepped back from the day-to-day business and appointed Lionbridge and Sajan veteran Dave Flynn as General Manager. Fountoukidis continues to focus on corporate development and strategy.

Part of a Bigger Company

“So there I was giving speeches and trying to meet people and, in one of the conferences, I met John Watkins, the President of ENLASO. And we started talking,” Fountoukidis recounts.

ENLASO was owned by the original founder’s daughter, who was not actively involved in the business. “John was the facilitator there. He knew that the ENLASO owner probably wanted to sell the company and he wanted ENLASO to be part of a bigger company with a vision,” Fountoukidis says.

An agreement was reached and Argos acquired 100% of ENLASO. The terms of deal were not disclosed.

In addition to broadening Argos’ footprint in the United States, the acquisition helps diversify the client base within existing verticals. According to Fountoukidis, ENLASO services mainly the industrial sector but also has a few life sciences clients. In terms of individual client names, Fountoukidis says “the beauty of it is we didn’t overlap at all.”

Over the years Argos has developed a proprietary translation management system (TMS). According to Fountoukidis, ENLASO has already been transitioned to the Argos platform.

Asked about his take on the buy vs build debate Fountoukidis says, “I flip flopped, I literally built, bought, built, bought. Now, I can finally say I am happy, though, because of the scalability and the ability to make our own adjustments and having control of our own systems.”

Would he recommend someone starting out in the business to try and build a TMS from scratch? No, Fountoukidis says. “If I am setting up a business today, I am definitely going the off-the-shelf route. The systems are mature now. At that time when we were making the decisions to start to build, off-the-shelf systems weren’t an option yet,” he explains.

That said, Fountoukidis is glad he owns this core piece of technology. “It actually pays for itself in the sense that you have the ability to customize and don’t have to count the number of licenses.”

Neural MT does not keep Fountoukidis awake at night. “So right now, (neural MT) is exciting. It’s amazing how well it does. So there is clearly a potential there. But it’s still in the future and I don’t know when we are going to be able to just really use it. At the moment, we are not using it.”

Asked if he is pursuing more acquisitions, Fountoukidis says he has “got a couple of conversations going.” The CEO then shared an idea that really excites him. “I’ve got a dream. I don’t know if it is realistic. I think there is an opportunity to do mergers actually.”

“My idea is to merge together a couple of companies. It’s very hard in practice because it requires a huge level of trust from the owners and it would take awhile for people to really get to know each other. But I do believe there is an opportunity to join forces with other companies our size.”

Fountoukidis says a lot of post-acquisition integrations in the language industry are executed poorly. He is confident he can avoid some of the common pitfalls such as high Project Manager turnover or careless swapping of suppliers to reduce costs.

Fountoukidis’ pitch to fellow owners of small- to medium-sized LSPs: “You don’t have to be gobbled up and you don’t have to be threatened. Our value is going to increase. Because as we get bigger, the multiple anybody will pay for our companies is going to go up. The idea is to allow the sweet spot in the market to get sweeter. You don’t have to just sell out to one of the big guys for whatever they are offering because you feel threatened by neural MT or some other change.”