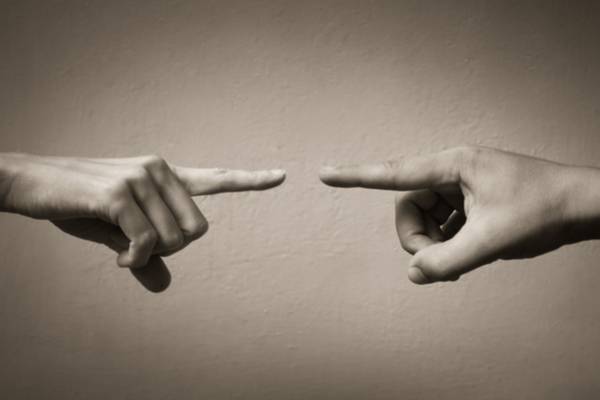 Chinese speech recognition company iFlytek has been accused of passing off human simultaneous interpreting as its own automated translation output. iFlytek, listed on the Shenzhen stock exchange, was one of China’s tech darlings, with peak market capitalization ranging between USD 12-13bn.

The incident occurred during the ‘2018 International Forum on Innovation and Emerging Industries Development’ that took place in Shanghai between September 19 – 20, 2018. The whistleblower was a Shanghai based interpreter by the name of Bell Wang, who was engaged to do English to Chinese simultaneous interpreting at the conference.

From his interpreters’ box, Wang noticed something peculiar about the two screens on stage displaying live captioning with the ‘iFLYREC’ branding on it. iFLYREC is a speech to text transcribing service offered by iFlytek. The online platform also offers translation services.

Later, during one of his breaks, a colleague texted Wang telling him that the conference was being broadcast live on an online platform along with Chinese translations. Instead of playing the onsite interpreters’ voices, however, the broadcast used a synthesized voice that read the transcripts generated by iFlytek based on the interpreters’ output.

After the event, Wang immediately posted a long article on Zhihu, a Chinese knowledge sharing social media platform, titled “iFlytek, Can you be Even More Wanton on your AI Simultaneous Interpreting Con?” The post included pictures and videos taken by him during the conference to substantiate his accusation. At the time of writing, the post has accumulated 7,600 likes and 813 comments.

A plethora of bad press ensued over the next few days. Local media started slamming iFlytek, digging up old reports of skepticism over their technology and questioning their marketing spin as an artificial intelligence company when the business was primarily built on speech recognition technology. One report by the Changjiang Times claims iFlytek allegedly received CNY 6.53 bn (USD 950m) in government subsidies over the last five years. The reporter said she called the company for comment several times but was unable to reach anyone.

On September 24, Wang followed up with an edit to his original post on Zhihu, saying that he had exchanged very cordial back and forth voice messages with senior executives from iFlytek for about an hour and ten minutes. He conceded that his remarks in his original post were overly emotional, and that iFlytek had themselves acknowledged on multiple occasions that machine translation could not replace human simultaneous interpreting yet.

He also said the company admitted that they could have better handled the marketing and PR over the incident, and that in the future, they will look into crediting the transcription to human interpreters, as well as seek their permission for reuse.

Come September 25, however, iFlytek released an official statement titled “Real Metal can Stand the Test of Fire; We did Not Falsify,” on its Wechat public account, flatly denying that it ever tried to pass off human interpreting as the output of its AI engine. Among other assertions, the statement also said that the company never tried to hide the fact that it was transcribing the work of human interpreters, and that it did not violate any intellectual property rights based on Part VI Clause 36 of the AIIC – UN Agreement that stated, “An audio/video file of interpretation shall be the property of the employing Organization.” The company said it will take legal actions against those who try to damage its reputation.

Based on social media comments, Chinese netizens were divided on the issue. Some questioned the whistleblower’s intentions or thought that it was unpatriotic to slam Chinese tech companies that lead to loss in market value and reputation. Others agreed with media accusations that iFlytek’s marketing and PR intentionally inflated their AI capabilities and was suffering just deserts.

iFlytek’s stock price has fallen nearly 37% to CNY 29.93 since hitting its all time high of CNY 45.83 on December 1, 2017 (Bloomberg as at September 25, 2018). Although this incident did not seem to have affected the company’s stock price much over the last five days (since Wang’s post, the stock price has only fallen by about CNY 1% or 3.4%), the company certainly faces greater pressure now to live up to its marketing spin.