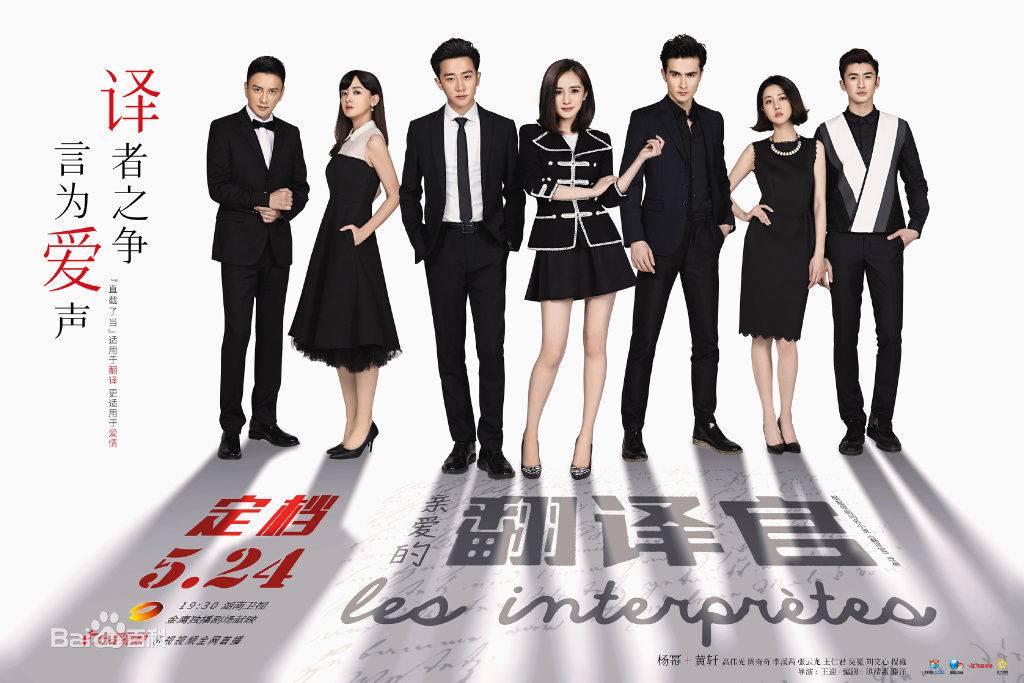 Who said the world of translation and interpretation lacked glamor? Well, that is definitely not the case in China, where the Hunan TV produced drama The Interpreter has become wildly popular since it first aired on May 24, 2016.

As usual in China, the numbers are big. The series’ Weibo account has already garnered over a billion views. On the online video platforms Mangguo TV and LeTV, the drama has clocked over 100 million views so far. And the viewers love it. The series has a rating of 9.4 on Asian TV drama guide Viki.

As reported by Whats on Weibo, one of the main drivers of The Interpreters’ popularity might be the fanbase of lead actress Yang Mi, who has over 61 million Weibo followers.

The portrayal of attractive, fashionable, globetrotting, and French-speaking professional interpreters has effectively captured the audience’s imagination. As one viewer commented on Weibo, “My dream was to be a primary school English teacher. Now, my dream is to become a translator.”

The reactions to this glamorized presentation of the translation and interpreting world are not all positive, however, especially within the circle of real-life interpreting professionals.

One Weibo commenter found one scene, where the lead character performs simultaneous interpretation, unrealistic because the actor did not use pen and paper. The commenter pointed out that, in real life, interpreters typically need lots of material and take quick notes while interpreting. Some commentators also argued that Qiao Fei’s dress and hairstyle are inappropriate.

About another episode, where the lead character attends an exchange program at the University of Zurich, a Weibo commenter observed that it does not make much sense to study French in Zurich, where an Alemannic dialect of German is the spoken language. Being Zurich-based, Slator agrees that Geneva might have been a better choice.

We also reached out to a senior manager at a China-based language service provider for reactions to the program.

The source agrees that some content of the TV episodes as it relates to the industry is “exaggerated,” and adds that, despite the embellishments, the series “did help the public understand the tremendous backend effort needed to become a qualified interpreter. It also shed some light on the rules of this field.”

At any rate, Netflix might take some inspiration from this. Those 100 million viewers after only a few episodes would leave Jessica Jones in the dust.