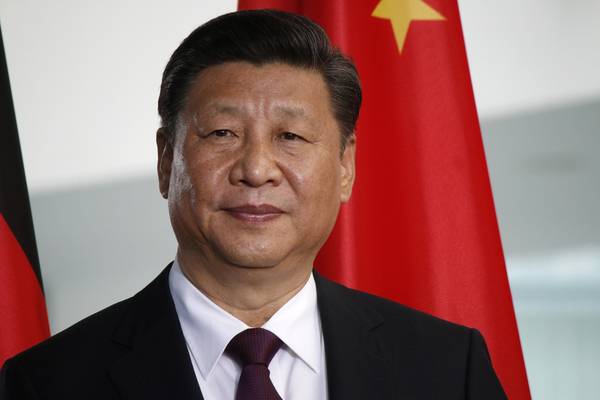 China’s massive One Belt One Road (OBOR) initiative is spilling over to even the language services space. The Translators Association of China (TAC) held its annual conference on December 1, 2017 in Beijing this year in conjunction with a forum on “Developing Language Services and Terminology Infrastructure for the OBOR Initiative”.

Why should language service providers (LSP) outside of China care? Because China is now the second largest economy in the world and has a top down driven approach to economic development. What the government chooses to drive, it will devote the money and resources to ensure they create big companies capable of competing on a global scale.

The largest LSP in the country even got a visit from the Premier recently as Slator reported in this article. In China such gestures are a very public demonstration of political support. And now it seems clear that the OBOR initiative will be used to provide the basis for China’s highly fragmented language industry to grow and perhaps produce a few local players that can rival the likes of Lionbridge, RWS, TransPerfect, or SDL.

Originally proposed by President Xi Jinping in 2013, under the OBOR initiative the Chinese government will finance infrastructure projects and other developments in countries connected by the old Maritime Silk Road (hence the origins of the name).

… the OBOR initiative will be used to provide the basis for China’s highly fragmented language industry to grow and perhaps produce a few local players that can rival the likes of Lionbridge, RWS, TransPerfect, or SDL.

In a report dated February 2016, PwC calculated that USD 250bn has already been committed to the initiative, with an estimated USD 1trn more to be spent over the next 10 years. That is the most conservative estimate by far. Another South China Morning Post article said that estimates for total funding varied between USD 4-8trn.

The initiative covers more than 60 countries, 60 percent of the world’s population and over 40 languages across Asia, Europe, Africa and the Middle East. Hence the government has officially identified the need for China’s language service industry to become a key supporting element of this national economic development strategy.

The TAC, the largest and most important membership body for the translation space in China, is certainly playing ball by holding its annual conference together with a high profile forum on the OBOR initiative. The event, which lasted two days and consisted of more than 30 activities, was attended by over 700 participants from the private sector, government organisations and academia.

This database currently contains more than 50,000 terms and their translations in up to 10 foreign languages. The purpose is to help standardize the translations of rare or special Chinese terms, including the latest political lingo, as well as words used in minority cultures, Buddhism, Traditional Chinese Medicine and intangible cultural heritage materials etc. For interested readers, there is an introductory video of this database (narration in Chinese).

Both these free resources are developed and maintained by the China International Publishing Group (CIPG). Also known as the China Foreign Languages Publishing Administration, CIPG is essentially the government entity responsible for the overseas dissemination of news and propaganda in print and online formats.

Gangyi Wang, Deputy Director CIPG, said at the forum, “The same Chinese expression can have many different translations in foreign languages. This creates confusion and misinterpretation among readers. As such, we need to have these databases to further promote and facilitate prosperous interaction between China and the rest of the world.”

At the annual conference, another very interesting service was launched by the TAC – a Language Services Industry Credibility Information Portal that will publish useful legal information for the LSP space, as well as facilitate dispute filing and settlement between suppliers and buyers.

Names, organizations and dispute details will be published and searchable by the public for legitimate and verified disputes.

Complaints can only be submitted by registered users with verified identities. Human mediators will check the contact details of plaintiffs and also inform the accused to respond. Names, organizations and dispute details will be published and searchable by the public for legitimate and verified disputes.

Based on a report issued in 2016, TAC claimed that there were about 72,495 companies providing language services in China at the end of 2015. While that number would seem much too high, there are likely still thousands of small outfits competing on the basis of price undercutting, giving the Chinese market a reputation of unreliable providers and bad output quality. This credibility portal is clearly targeted at weeding out the bad eggs within the industry and elevating overall standards.

It is hard to see how a country with a GDP of USD 11.2trn and a population of 1.4bn will not eventually produce local LSPs that rank among the top 10 in the world. With the central government now putting its weight behind the industry, the consolidation and growth that is needed for this to happen may finally not be too far away.