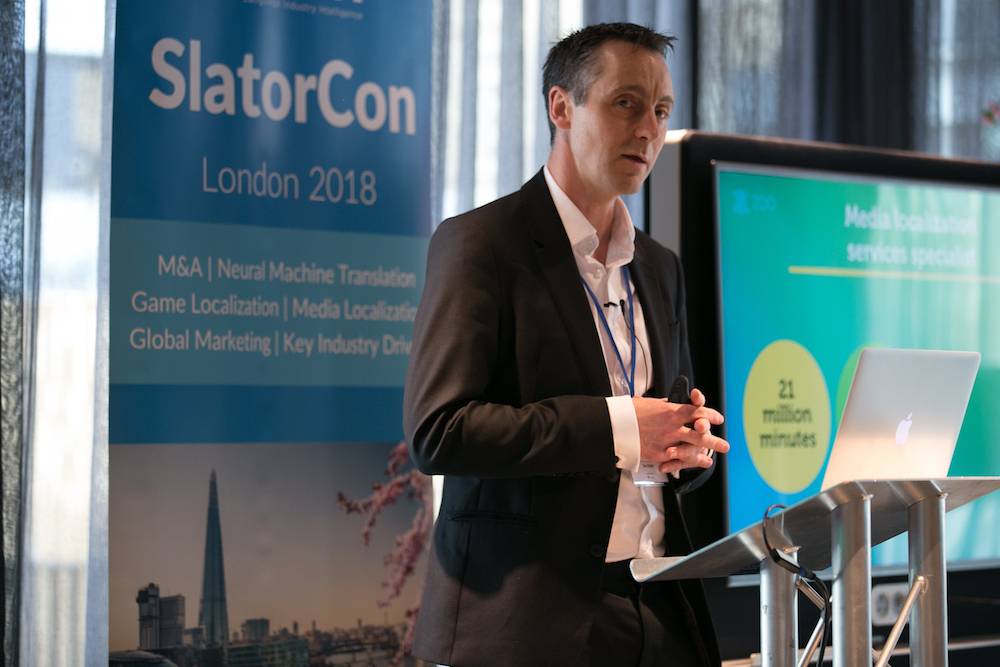 ZOO made investments in technology, specifically its proprietary platforms, for example in building in lip synching preparation and delivery functionality. The company also spent to expand its network of freelancers, which ZOO claims doubled in size compared to March 2018 and can now cover 81 languages for subtitling and 25 for dubbing. In H1 2019, ZOO also invested in hiring more staff in preparation for expected near-term “significant growth.”

ZOO’s three key service lines are dubbing, subtitling and digital packaging and the recent introduction of a cloud-based dubbing system represents a “natural diversification” of revenue sources for ZOO. One which appears to be paying off as dubbing is on the up.

Although ZOO says many of its dubbing customers have been “early adopters” open to the idea of dubbing on the cloud, the company remains optimistic of its ability to expand out and provide dubbing services to media companies who may so far have been resisting the idea of ditching studios in favor of the cloud. The media landscape itself is experiencing what ZOO terms “disruptive innovation,” from the likes of online streaming services Netflix, Amazon, Hulu, Apple and Google.

Indeed, SDI Media CEO Mark Howorth told the SlatorCon San Francisco audience recently that customer expectations are shifting and there is an increased need to provide top quality localized content faster and in multiple formats. So much so, in fact, that Howorth said existing workflows could not keep pace In this respect, ZOO’s cloud-based platform offers an alternative to the onsite, in-studio “bricks and mortar” dubbing solutions that most other media localizers rely on.

According to the interim statement, for example, one of ZOO’s recent cloud-dubbing projects involved coordinating “two of the most in-demand dubbing talents from Latin America [to] work concurrently on a project while one was in Mexico [and] the other on tour in Argentina, [and the project was] overseen by a dubbing director located in Los Angeles.” The recording session took four hours using the platform.

Another case study for the ZOO cloud dubbing platform “ZOODubs” was an urgent project involving 24 different recording sessions for recording “eight characters in three languages.” The project “was completed in one afternoon with all 24 voice artists working simultaneously,” the interim statement said, and “all audio was finished and ready to mix by the end of the day. In a traditional setting, allowing for studio and recording engineer availability, diarising of recording sessions, travel and other logistics, such a project would take significantly longer.”

While the dubbing segment seems to be growing reliably, apparently subtitling took a knock in H1 2019. The disruption in subtitling, ZOO said, was linked to “the reconfiguring of a major OTT operator’s partner programmes.” But with the reconfiguration complete, this same customer is now generating more orders before, the interim results said.

ZOO CEO Stuart Green highlighted that “trading in the second half of the year has begun positively, with the flow of subtitling orders returning to levels higher than prior to the disruption of the first half, and dubbing orders continuing to grow.” Moreover, full year performance is in line with expectations and ZOO claims that it has an “order book stronger now than start of H1.”

Broadly speaking, “all the indicators are that the global media localisation market is continuing to grow strongly,” Green said. At the time of writing, ZOO Digital’s shares were up over 10% since the results were released as investors seem to be pleased with the company’s progress. ZOO’s market capitalization now stands at around USD 130m.

Download the Slator 2018 Media Localization Report and to get insights into market size, key players and demand drivers, outlook and more.

Join the discussion about which industry segments are poised for growth in language services and tech and register now for SlatorCon Zurich on November 29th.