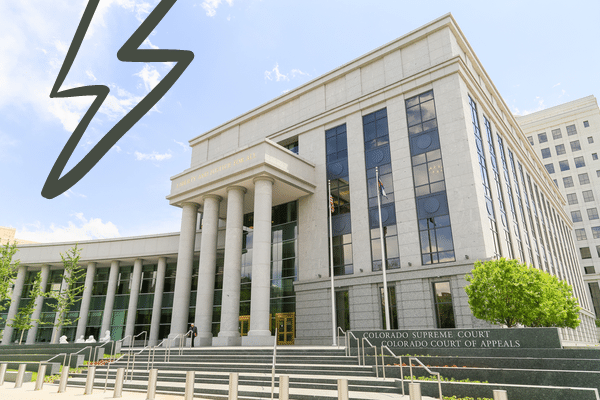 Some Colorado court cases requiring an interpreter might come screeching to a (temporary) halt on May 2, 2022 — the date a number of court interpreters have threatened to stage a walkout if the state’s Judicial Department does not accede to requests for increased pay.

Should Colorado court interpreters push through with the walkout, they will be in good company. Colleagues in California staged their own walkout in March 2022 in response to stagnant wages. Dutch linguists went on strike in 2020 and 2021 to protest the use of less-qualified interpreters. In November 2021, interpreters throughout Finland staged a three-minute work stoppage to draw attention to their plight.

As reported by The Denver Post, in March 2022, a group of 83 court interpreters sent a petition to the Colorado Judicial Department’s Office of Language Access, which certifies interpreters, and the Denver County Court, which operates independently of state courts. Their demand: a USD 10 increase in hourly wages.

In Colorado, rates for independent contractors have not increased for years; Spanish interpreters currently earn USD 45 per hour, while those who work with languages other than Spanish make USD 55 per hour.

According to data from the National Center for State Courts, a Virginia-based nonprofit that tracks pay rates in 33 states, Colorado’s rates also skew low compared to those of other states. Only 3 in 33 states pay fixed hourly rates lower than Colorado’s.

The petitioners argued that wages should be raised in accordance with an increased demand for interpreting services — and in response to the growing number of opportunities for higher-paying remote work. In other words, the courts need to offer competitive rates to attract and keep the best interpreters.

While the Colorado Judicial Department sets pay-rate policy, the funding comes from the General Assembly.

In an April 26, 2022 statement, the Judicial Department told petitioners that their request for a pay increase came too late to be considered for the upcoming fiscal year’s budget, which starts in July 2022. Instead, a possible rate increase for interpreters will be considered in the fall, when planning for the FY24 budget cycle begins.

The delay in consideration was a nonstarter for some interpreters, who responded with another letter, dated April 1, 2022, reiterating their requests for increased pay and threatening a walkout if the issue was not resolved by the end of April 2022.

Interpreters who spoke with The Denver Post said a recent survey of 60 court interpreters found that more than 80% of respondents would support a walkout in this case.

The sample size is admittedly small, considering that the Colorado Judicial Department contracts with 583 interpreters, including 68 certified Spanish interpreters and 269 interpreters of other languages.

On the other hand, the Colorado Association of Professional Interpreters has voiced its support for the court interpreters’ demands, stating that the organization “strongly believes that interpreters deserve compensation that aligns with the rising cost of living in our state, commensurate with the highly-specialized services they provide.”