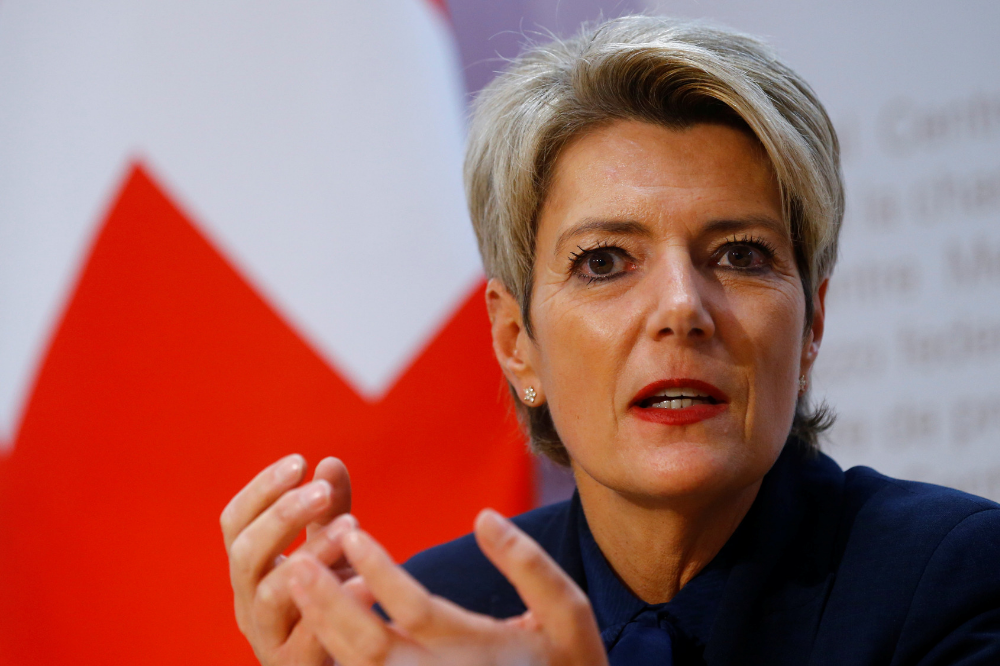 On December 5, 2018, Switzerland elected a former conference interpreter to its top government job. Karin Keller-Sutter, an alumni of The Institute of Translation and Interpreting at Zurich University of Applied Sciences (created from the former Zurich Interpreters’ School), was elected to the office of Federal Councillor by Switzerland’s United Federal Assembly, i.e. the two parliamentary chambers.

The Swiss Federal Council has seven members and functions as the country’s executive branch. The Council’s president is elected among the seven Councillors for a one-year term and is regarded during that time as first among equals.

Keller-Sutter served in a role similar to a US Senator, as one of Switzerland’s 46 Councillors of State, before her election to the executive branch. She replaces Johann Schneider-Ammann, who steps down as Head of the Federal Department of Economic Affairs, Education and Research. Keller-Sutter was born in the town of Wil in northeastern Switzerland in 1963, and in 1984 enrolled in the Zurich Interpreters’ School. A native German speaker, Keller-Sutter speaks French and English as acquired languages and went on to work as a conference interpreter for several years after graduating from the Interpreters’ School in 1989.

Keller-Sutter’s excellent command of French was widely perceived as a major advantage during the nomination process and the election. During nomination hearings, Hans Wicki, one of her rivals for the top job, would respond to questions asked in French in his native German. When questioned about his proficiency in Switzerland’s second most spoken language, Wicki countered that while he had learned French in school, he had since mostly used English in his career in business. He retorted that he is an economist by training, not a “translator”.

The majority of Switzerland’s 8.5 million inhabitants speak German (63%), followed by French (23%), Italian (8%) and Romansh (0.5%) and others (5.3%). Keller-Sutter’s near-native fluency in French was seen as a boost for her candidacy among representatives from the Romandie (Switzerland’s French-speaking region). Other reports speculated that Keller-Sutter’s training as a conference interpreter was behind her “striking modesty,” as interpreters are “service providers who perform best when putting the task at hand before personality.”

Update: On December 10, 2018 it was announced that Karin Keller-Sutter would lead Switzerland’s Federal Department of Justice and Police.