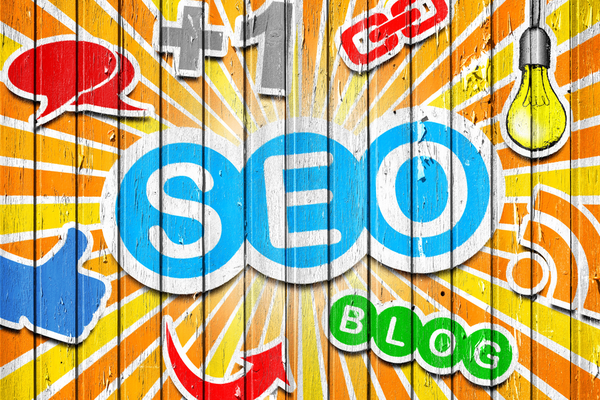 While search engine optimization (SEO) might have originated to a large extent in the English-speaking world, the marketplace is global. This was the business proposition of the UK-based software firm, WebCEO, which now provides multilingual SEO tools to 1.25 million businesses in over 150 countries.

“Localization has a direct impact on SEO,” Joanne Pimanova, Director of Marketing at WebCEO, told Slator in an email interview.

“Since 2013, Google search results have become completely local. Even if you try performing your search in incognito mode, Google will still suggest search results based on your geo-location,” she explained.

WebCEO has been giving out tips for multilingual SEO optimization on its corporate blog. These tips include: creating as many websites or site sections as the number of languages or countries a company is targeting, buying a country-specific top-level domain, using location-specific keywords on each subsite, and submitting the listings of local branches to local directories.

WebCEO introduced its SEO desktop suite, a set of SEO tools, in 2000. It reached the 5,000 users mark in 2008, and the company started building an all-in-one SEO SaaS platform, which was released in 2010 as an integrated SEO, social media marketing, and competitor research.

Prompted by the growth in the client base worldwide, the company opened the Crowd Translation Center on July 15, 2017.

Pimanova said there are now 450 “translators” registered in the Center and around 108 have been collaborating with them throughout the year in a crowd-sourced, wiki-style translation of the WebCEO interface.

“The best way to provide smooth and in-depth translation is dealing with the people who are using our tools and understand how they work.”

“Back in 2014, we hired third-party translators to do some localization for us, but it was not as effective as involving the actual WebCEO users in this work,” Pimanova explained. “The challenge is that WebCEO is a large 15-tool platform for SEO, social media marketing, and competitor research, so the best way to provide smooth and in-depth translation is dealing with the people who are using our tools and understand how they work.”

These users include WebCEO’s regional partners, large digital agencies and SEO software resellers who are interested in the highest quality of translation possible.

SEO in the local language

What is it that needs translation and localization at WebCEO? First, the web interface of all its SEO tools, along with various reports that users can generate using these tools.

According to Pimanova, the volunteer translators from digital agencies and software resellers do localization for their future prospects and customers on their local markets, which gives them a competitive edge.

“More than 2 million words were translated by the WebCEO volunteers within the last year.”

Overall, WebCEO had over 160K text strings translated from July 2015 to July 2018. She added, “We do not normally count words; we count so-called “text strings” — segments of the WebCEO interface that can be translated in one shot. Some of them are 2- to 3-word phrases while some might include several sentences. Roughly speaking, more than 2 million words were translated by the WebCEO volunteers within the last year.”

The ideas of wiki translation, what-you-see-is-what-you-get (WYSIWYG) mode and instant alerts are not new, says Pimanova. “But their implementation directly into an SEO software platform like WebCEO was a new thing in the SEO niche,” she said.

What is very interesting is that the Translation Center does not use any third-party software tools.

“Using no third-party translation software means that our translation center works much faster. We can control its work and add suggested changes much faster than a CAT [translation productivity tool] provider would have done it,” Pimanova explained.

“Besides, our previous experience in developing the SEO Tasks module and an SEO platform on a white-label domain was really helpful when creating the Crowd Translation Center. We already knew how big teams collaborated and what problems they encountered. We also received numerous suggestions from our regional partners on how the Crowd Translation Center should look like and function — it was a great start for the journey,” she added.

Currently, she said the translation center incorporates the functionality of a translation productivity tool (CAT tool) and a translation management system (TMS). It also has features for collaboration to help the group manage the workflow as a team.

“Like any good CAT tool, it segments the interface text and presents the segments in a special box below the source text. In the same window, you will see suggestions provided by the Google Translate tool. The Crowd Translation Center also incorporates a spell-checker, text search tools, statistics and convenient filters which will help you see all translated or all untranslated segments, navigate to the SEO tools or reports to be translated, etc. For those who prefer to work in the interface preview mode and see translation results on the fly, we’ve developed the WYSIWYG mode,” Pimanova explained.

Moreover, to help manage the translation workflow in a team, WebCEO allows translators to add users to their own white-label domain and assign these users different roles.

“You can make these translations private or public (available to all WebCEO users). Public translations are subject to WebCEO team moderation. Private translations can be published on the owner’s white label domain without our approval,” she added.

The quality of translation is controlled by five Web CEO team members with linguistic backgrounds. “To make the moderation process easier, we have developed automatic filters in our admin panel that help our staff detect low-quality translations and ban unreliable translators,” Pimanova said.

“I can tell you for sure that no machine translation is yet intelligent enough to provide a smooth, beautiful translation, especially when it comes to languages from different linguistic families,” she said.

“However, with the growth of AI, machine translation will eventually have more potential. Even now it can save lots of human work hours if the software developer has previously followed the principles of Simplified Technical English. In this case, a translator will mostly proofread the previously done machine translation and fix ambiguities, instead of typing all text from scratch,” she added.

WebCEO started following the principles of Simplified Technical English back in 2006 when the desktop version of the product was developed. This made the translation process so much easier and faster, especially for languages which have a different grammatical structure.

Moving forward, Pimanova said the company would likely do more integrations with MT and spell checking tools to simplify collaboration with translators in the interface.